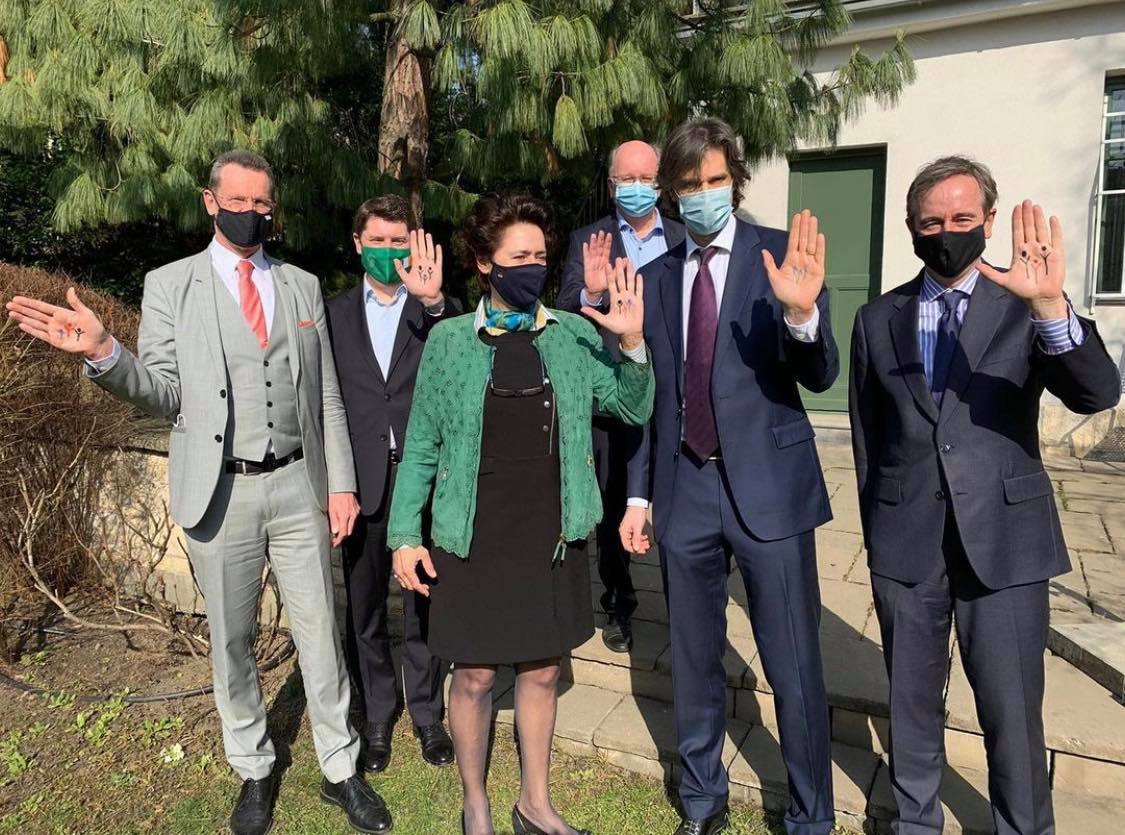 The Spanish, German, Dutch, Irish, Swedish, and Belgian ambassadors say that LGBTQ+ families should be equal to “traditional” ones. They say that not the gender of the people but their behaviour, their support, care, and devotion make them parents.

According to telex.hu, the ambassadors showed their support for the “Family is family” movement with that action. As we reported before, back at the end of 2020, the Hungarian government passed a law in which they defined family roles. They stated that a mother is a woman and a father is a man. This has stirred up Hungarian public opinion, and a new initiative was born. The new movement became the “A Család az család”, meaning that family is family [without reservation].

Several people have joined the movement, opposition politicians promoted the idea as well, and it seems that

the latest to join the campaign is Hungarian-born footballer Péter Gulácsi.

He is currently playing at RB Leipzig as a goalkeeper. A few days ago, on the 23rd of February, he shared his opinion on Facebook and supported “rainbow families”.

Now, the Hungarian Szivárványcsaládokért Alapítvány (Foundation for Rainbow Families) published a photo showing the six ambassadors standing up for the same cause as Mr Gulácsi. The Spanish Anunciada Fernández de Córdova y Alonso-Viguera, the Dutch René van Hell, the Swedish Dag Hartelius, the Irish Ronan Gargan, the Belgian Siegfried Peinen (all of them ambassadors), and Klaus Streicher, deputy chief of mission at the German embassy, expressed that

they regard rainbow families as equal to “traditional” ones.

The gesture was well-organised and conscious since the photo appeared not only on the Facebook page of the foundation but also on the pages of the different embassies. For example, the Irish embassy wrote

“In challenging times like the coronavirus pandemic, the power of family has a special significance. We in Ireland believe that families are based on unconditional love. It’s not the parents’ gender that makes a family but it’s devotion, care and support; in the case of same-sex parents as well as in the union of a man and a woman. Love is love, and where there’s love, there is family. The Embassy of Ireland supports the #familyisfamily campaign #acsaladazcsalad“

Apart from the diplomats in the photo, the embassies of the United States and Norway also joined the campaign. Furthermore,

including IKEA, HBO, and the Sziget trademark.