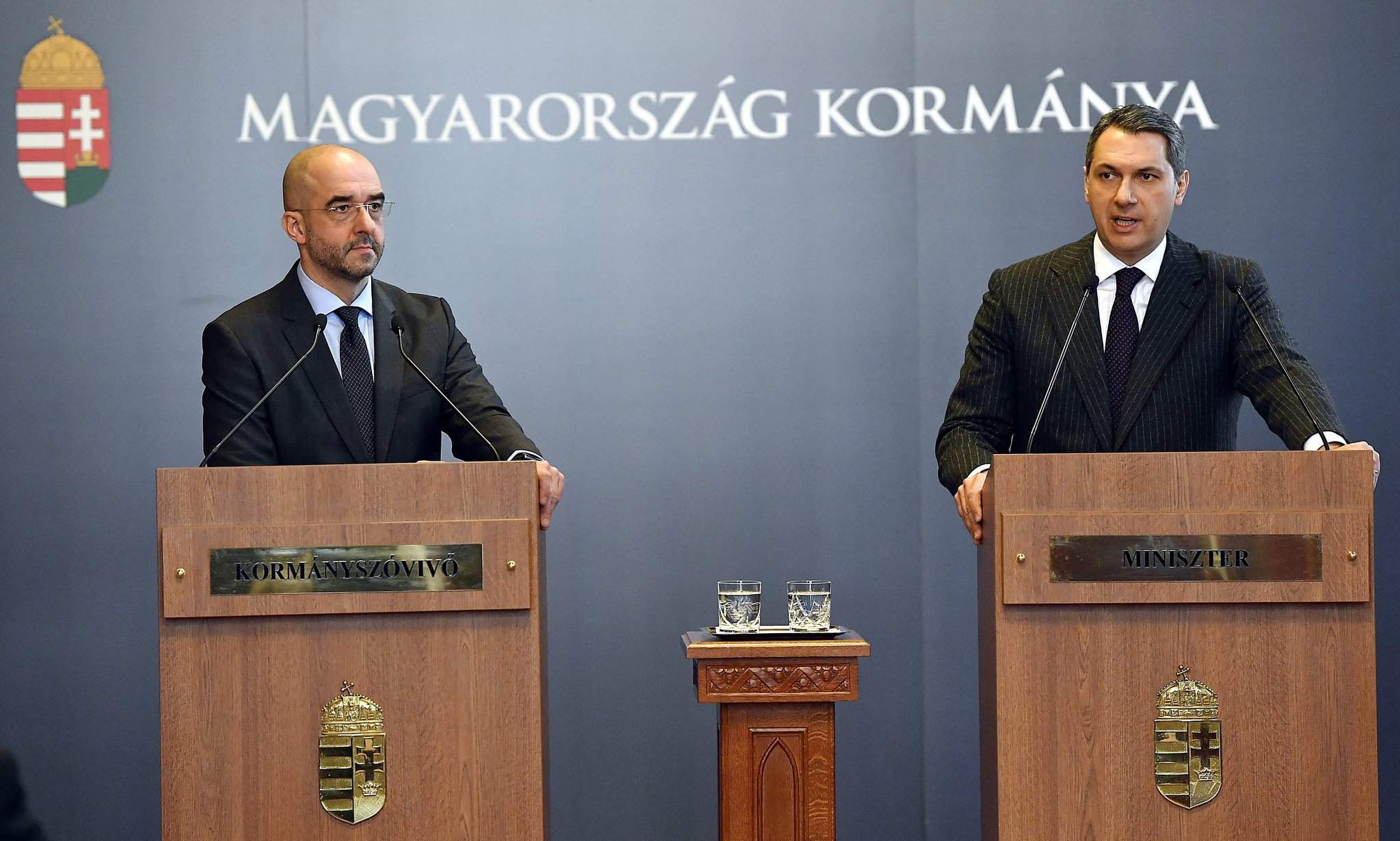 Corruption surrounding construction of the fourth metro line amounts to 406 billion forints (1,3 billion euros), he said, adding that the government and the city of Budapest will have 60 days to react to the report by Europe’s anti-fraud office OLAF after receiving the official Hungarian translation in March.

The development ministry will review nearly 60 contracts for irregularities, Lázár said, noting ongoing investigations already under way against unidentified perpetrators regarding 53 contracts. He noted that the government has frozen 20 billion forints of payments in connection with the metro project.

Meanwhile, commenting on the bill submitted to parliament on Tuesday concerning the entry of illegal migrants, Lázár said the government was ready for disputes with human rights organisations and the European Commission.

Also, Lázár noted a decision by the EU justice and home affairs council to unify visa regulations for third country citizens entering the EU. He said the Visegrad Group vigorously protested the decision. The right to decide who enters Hungary is the country’s prerogative, he said, noting that the decision would adversely affect non-resident Hungarians living beyond the country’s borders.

Lázár said another decision to be discussed in the council in March concerning the registration of EU citizens entering and leaving the Schengen zone would harm the interests of ethnic Hungarians because it would slow down the entry process considerably.

Answering a question about controversial Saudi businessman Ghaith Pharaon, Lázár said it was impossible that Prime Minister Viktor Orbán would have known that Pharaon had cited a meeting with him on his visa application to Hungary. Politicians do not interfere with visa applications, he said.

Asked about Szilárd Kiss, a Hungarian farm diplomat in Moscow who is alleged to have helped Russian citizens obtain Hungarian visas, Lázár said if the visas had indeed been issued, their carriers would have entered other EU countries. The vast majority did not enter Hungary and presented no security risk to the country. Kiss would not have posed any danger to national security either, since he did not have security clearance to access confidential information, Lázár said.