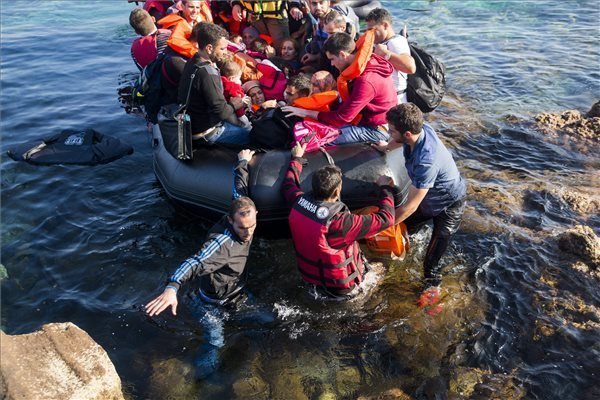 Budapest, October 16 (MTI) – No decision was made on the protection of external borders, the most important issue, at the European Union summit that ended in the early hours of Friday, the government spokesman said on public news channel M1.

A decision on border protection should be made urgently considering that 380,000 illegal migrants have arrived in Hungary, the Schengen border, so far this year and their number could reach 600,000-700,000 by the end of the year. This situation is not sustainable and it would be in everybody’s interest to stop the wave of migrants at the Greek-Turkish border, he added.

Postponing the decision on the protection of external borders sends the wrong message not only to those coming from Syria but also to Africa because it shows that the EU is unable to effectively protect its borders.

Building a fence is not the best solution but there is currently nothing better, Kovacs said. Scrapping the internal borders does not mean that the external borders also disappeared.

Hungary has not closed its borders but sealed the green border with Serbia to prevent uncontrollable migration.

Asked whether the Hungarian authorities are well prepared to seal the border with Croatia if the national security cabinet decides so on Friday, he said the fence is ready and there is live force available for border protection.