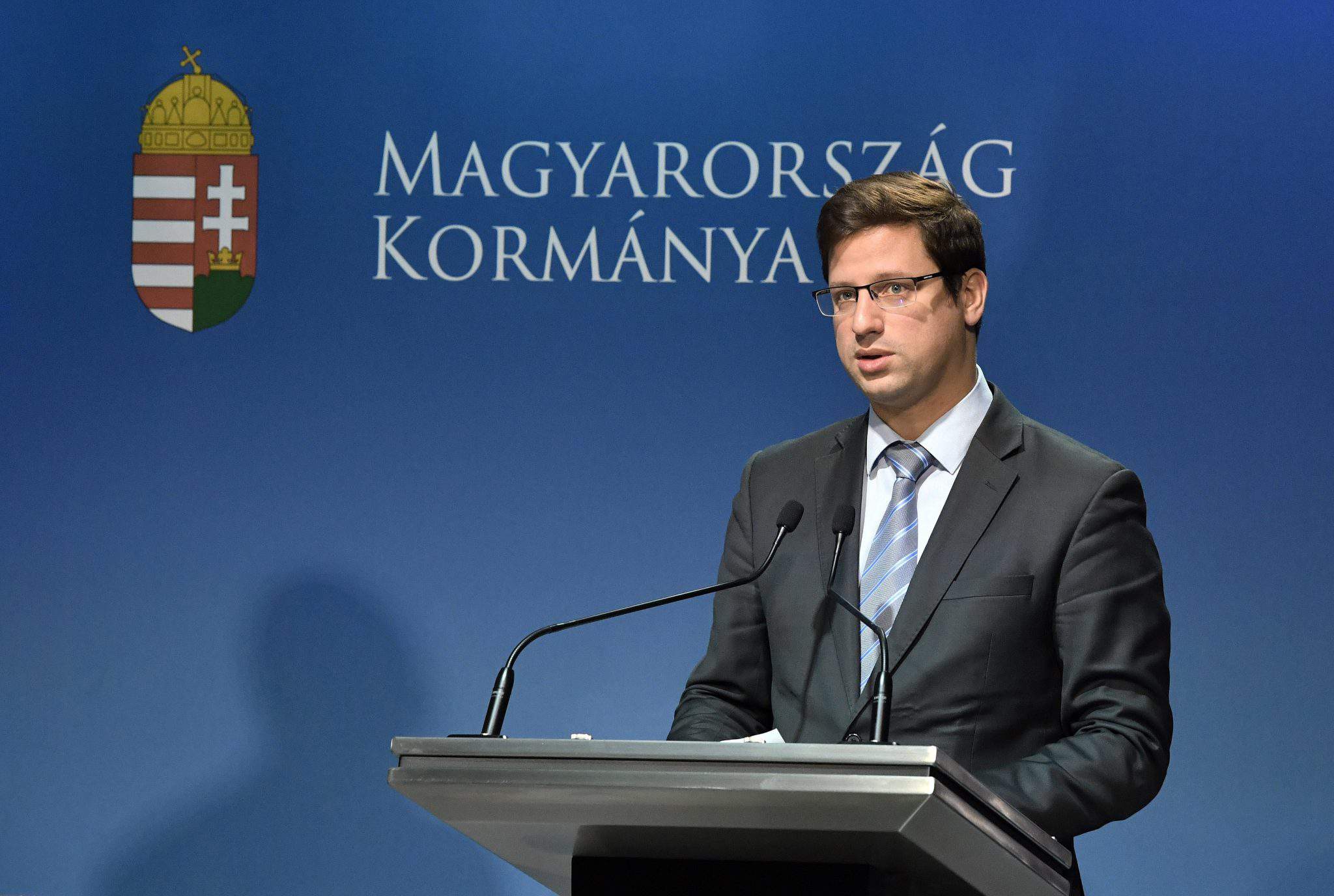 The government has decided to raise the home purchase subsidies (CSOK) available for families raising two children to 10 million forints (EUR 31,000), the head of the Prime Minister’s Office said on Thursday at a regular press briefing.

Earlier the HUF 10m loans were available only to families with three or more children.

The credit limit for families with three children will be raised to 15 million forints (46,500 euros), Gergely Gulyás said.

The funds freed when the government decided to phase out state subsidies to home savings accounts earlier this month will be regrouped to support the CSOK system, Gulyás said.

The government aims to implement the new regulations this year, Gulyás said.

Further measures regarding family home subsidies will be decided after the government’s planned national consultation survey on the subject. Decisions on the survey will be announced later this week, Gulyás said.

The government is mulling extending the preferential 5 percent VAT on home purchases, which was set to conclude by the end of the year, Gulyas said.

Budapest will have four central hospitals instead of the three planned earlier.

The four main hospitals will be the Honvédkórház, the Szent János Hospital, an integrated institution comprising the Szent Laszló and Szent István hospitals, as well as a new hospital being built in south Buda.

Gulyás also announced that the government will revise the system of culture subsidies paid as corporate tax into the central budget, commonly dubbed “tao”. The current system has led to “a major abuse of loopholes”, Gulyas said. The government does not intend to cut the current tao funding allocated for culture, which was around 35 billion forints, Gulyas said. Rather, it aims for a transparent grants system overseen by the culture ministry, he said.

The tao funding will not be distributed based on political considerations, “although it will doubtless lead to political debates”, Gulyas said.

Gulyás rejected reports that spectators were bussed in to see Prime Minister Viktor Orbán deliver his speech on the October 23 national holiday on Tuesday. “The proliferation of fake news regarding the issue is due to the fact that government commemorations draw about ten times as many viewers as opposition events do,” he said.

Government spokesman Zoltán Kovács noted that the heightened security measures at the commemoration were in line with the usual procedures at events attended by high-level politicians.

As we wrote a week ago, the Hungarian parliament voted to phase out the state subsidy on deposits with home savings banks, read more HERE.

Gergely Gulyás, citing interior ministry information, said the migrants were some 70kms south of the country. Hungary has offered Croatia help in handling the migrants, he added.

Meanwhile, he said national immigration and citizenship office will be renamed the office in charge of foreign nationals “to reflect the wish of Hungarian voters that the country should not become a migrant destination”. The structure of the authority will not change but “renaming it sends a clear message that migration is a law enforcement issue”, he added.

On the topic of Hungary-Ukraine ties, Gulyás said the government strove for good neighbourly relations but “this is not possible if prospects and opportunities for Ukraine’s ethnic Hungarians narrow rather than expand”. He said it was regrettable that Ukraine was using the “Hungarian card” in its election campaign. Hungary will “speak up for Transcarpathia Hungarians” in all possible forums, he added.

Asked about the government’s rejection of plan to appoint a European prosecutor, Gulyás said the initiative would “curb national sovereignty”.

Concerning Budapest’s Central European University, Gulyás said, “We consider any threats or offers by the CEU as political bluff by George Soros”.

The government cannot be blamed if the CEU decides to open an campus in Vienna “to issue degrees”,

he said, noting that the law on higher education contains provisions for issuing joint degrees such as Hungarian-American ones.

On the topic of health care, Gulyas said “health care is not a business”. “Public health services must be guaranteed to all taxpayers and pensioners”. He added, however, that the government has “never restricted anyone’s right to buy a supplementary health insurance policy or to buy private health-care services”.

Answering a question about reports of planned layoffs of 17-18 percent of public sector employees, Gulyas said he had briefed union heads about the plans amid a “very constructive atmosphere”. He said 10 percent of the jobs in question would be scrapped and actual lay-offs would not exceed 10 percent. “This is in line the government’s position that there should be no blanket layoffs.” He added those retaining their positions would benefit from an average 30 percent pay rise on Jan. 1.

Hungary’s government is weighing legal redress in the matter of a decision by the International Center for Settlement of Investment Disputes (ICSID) awarding compensation to French voucher company Le Cheque Dejeuner, Gulyás said.

“We are examining the possibilities of legal appeal,” Gulyás said when asked to comment on the ICSID’s decision.

The former Socialist government “made a mistake” when they gave a French company the opportunity to profit from Hungarians’ recreation and vacations, he added.

Hungary rolled out a unified national voucher system in 2011, effectively squeezing out existing market players. In 2016, the European Court of Justice ruled that the voucher system violated key European Union tenets, discriminating against or restricting the freedom of establishment and the freedom to provide services.