Budapest, May 27 (MTI) – Hungary was represented by five Gripens and fifty officers in a military exercise dubbed NATO Tiger Meet 2016 in Spain, the defence ministry said on Friday.

The 55th NATO Tiger Meet involved nearly 1,000 soldiers from fifteen countries near Zaragoza between May 16 and 27.

The Hungarians flew 62 hours and took off fifty times, the statement said. 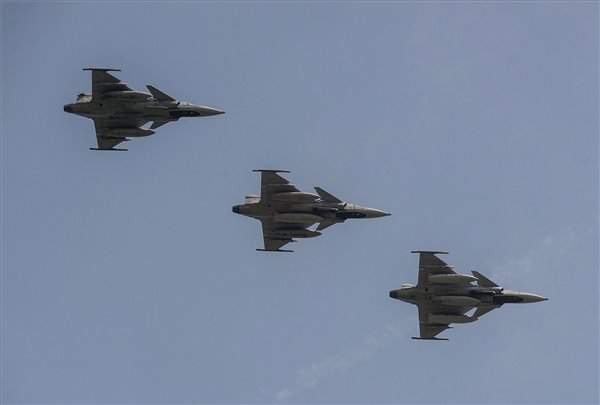 Hungary’s MH 59 Szentgyörgyi Dezső Air Base Puma fighter jet unit has been a full member of the NATO Tiger Alliance since 2014.

Of the five Hungarian Gripens three landed in Kecskemét on Friday at noon.

Budapest economy European Union Fidesz Government History Hungary migration Ministry of Foreign Affairs tourism Viktor Orbán
The government and the Mayor of Budapest seem to be joining forces and are planning to…
The Budapest Municipal Court on Tuesday held another hearing in the case of Hassan…
Banksy, a British street artist, is bringing his creations to Hungarian audiences.…
Hungary's economy performed well in recent years. The employment raised significantly…
We and our partners use technologies, such as cookies, and collect browsing data to give you the best online experience and to personalise the content and advertising shown to you. I accept
Privacy & Cookies Policy