Opinions on the Hungarian language are very divided. Some say all our words are loanwords and the entire language is just a mess, compiled of other languages. Others marvel at the unique vocabulary and the many layers the language can express. Zoldujsag.hu delved deep into the matter, attempting to find the truth among all the myths and beliefs.

It is interesting to note that Hungarians, especially Hungarian academics, are much harsher on our language than foreigners are, considering it to merely be a mixture, a jumbled up mess with not much originality. While it is true that we have a lot of loanwords, we must not forget about all the quirks and curiosities that make the Hungarian language unique and beautiful, not just in Europe.

An important argument to bring up is a comparison between English and Hungarian. Today, Britons do not understand Shakespeare’s language from the 1600s. His language is considered by many to be Old or Middle English. So, their language has changed so much in four centuries that it led to severe understanding problems.

As opposed to this, Hungarians have no problem understanding most of the text called Old Hungarian Lamentations of Mary, that dates back to the 1300s.

If you are still on the fence about the beauty of the Hungarian language, make sure to take a look at any of these quotes by foreigners.

Jacob Grimm, a 19th-century German fairytale writer, as well as the creator of the first scholarly German grammar system, said that

“the Hungarian language is logical, has a perfect structure and surpasses every other language. “ 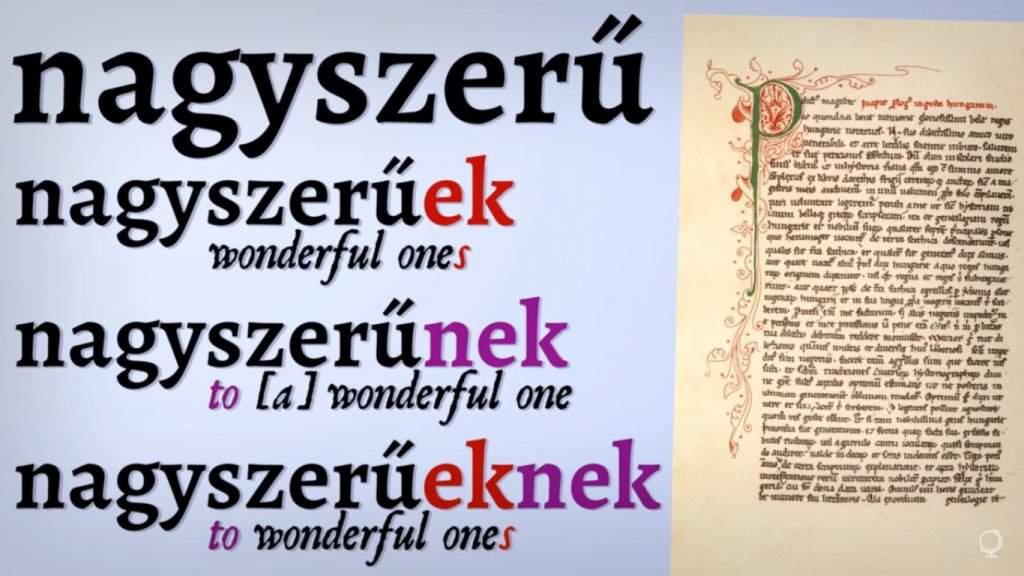 G. B. Shaw, famous playwright, author of Pygmalion, had this to say about Hungarian:

“After studying the Hungarian language for years, I can confidently say that, had Hungarian been my mother tongue, my life’s work would have been much more valuable.

Simply because this strange language bursting with ancient powers allows for a much more precise expression of the tiniest distinctions, the secret flutters of emotions.”

English linguist Sir John Bowring wrote in 1830 that “the Hungarian language has developed in quite a unique way, and its structure originates from a time when most other European languages did not exist just yet. It is a language that progresses in a consistent and steady manner, and that is logical, better yet, that is mathematical, with all the flexibility and malleability of power and sounds. (…) The Hungarian language is like a piece of rubble that has weathered the storms of time without getting hurt. It does not change depending on the weather. It does not depend on anybody; it does not borrow, make bargains, give or take anything.

This language is the oldest and brightest manifesto of national self-reliance and spiritual independence.

What scientists cannot solve, they disregard. This is so in linguistics just like in archaeology. We cannot figure out where one-piece floorings of old Egyptian temples were cut out from. The origin of the Hungarian language is an even more spectacular mystery. Whoever solves it is dealing with a divine secret, but only the first one in a long line.”

“Now that I have an idea of the structure of language, it is my opinion: the Hungarian language is the top product of human logic.” (quoted from hungarianteacher.eu)

For more news, check out this article about illustrations of the struggle with the Hungarian language.