Budapest, June 4 (MTI) – Hungary’s Sixty-Four Counties Youth Movement (HVIM), which describes itself as “nationalist radicals”, on Saturday held an “anti-Trianon” march in downtown Budapest to mark the 96th anniversary of the signing of the WWI Trianon peace treaty.

The march started from Heroes’ Square and passed in front of the Serbian, Romanian and Slovakian embassies. 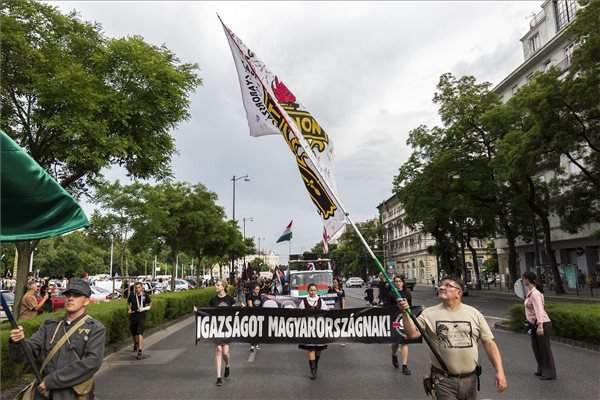 László Toroczkai, a deputy leader of the radical nationalist Jobbik party and founder of HVIM, told the hundreds in attendance that people fighting against “the injustice that was Trianon are being persecuted” both in Hungary and the neighbouring countries to which Hungary lost two-thirds of its territory with the signing of the peace treaty.

Toroczkai brought up the case of two local leaders of HVIM in central Romania’s Szekler Land region who were last year arrested on terrorism charges and now face life imprisonment as an example of those persecutions. He said he had expected the Hungarian government and society to show stronger support for the two men against “the Bucharest-controlled state terror”.

János Volner, another Jobbik deputy leader, described the members of HVIM as “radicals” who must demonstrate in their everyday lives that they are willing to do anything “for the happiness of their country”.

Speaking in front of the Romanian embassy, György Gyula Zagyva, the co-leader of the HVIM, said Romania intimidated local supporters of Hungarian autonomy in Transylvania in a manner reminiscent of the Ceausescu regime. 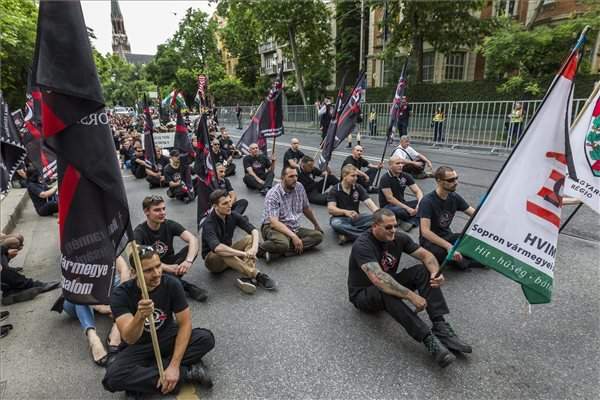