Hungary is rich in Hungaricums that represent special values in the society. Besides those related to the built environment, tourism and gastronomy, there are several culture-related ones, too. This article discusses one less known Hungaricum typical of Hungary, that is the Hungarian operetta with a long-standing history. Let’s get to know more about it.

What do we call cultural heritage?

Hungarikum.hu reports that these are “intellectual achievements and material assets”, like literature, science, folklore typical of Hungary, but music and dance should also be mentioned here.

Let’s find out in the following what particular cultural values are represented by the Hungarian operetta. 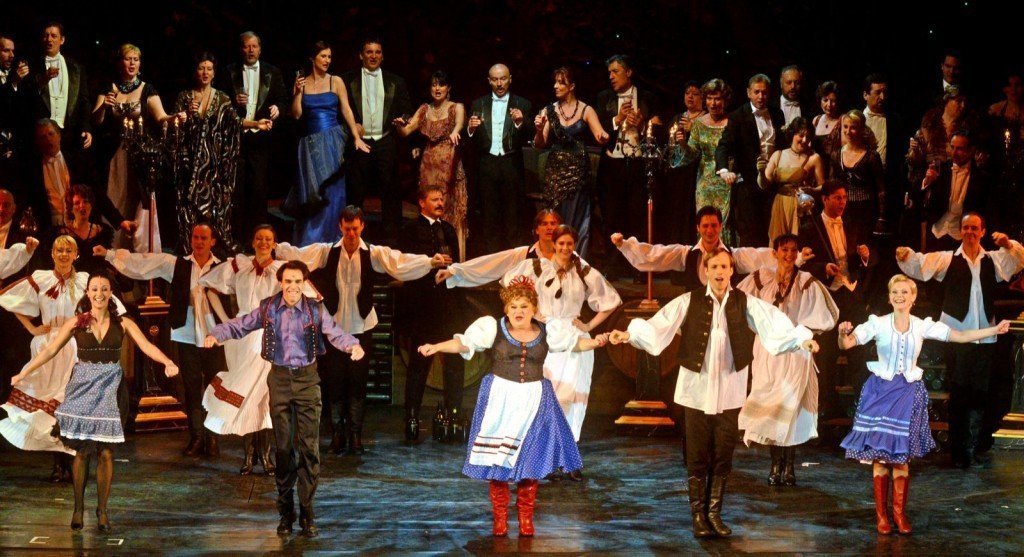 The Hungarian Operetta and its representatives

The history of the Hungarian operetta started with Western influence. After much foreign success, the works of Strauss, Zeller, Millöcker, and Offenbach formed to the public in Hungary, too. Later on, talented Hungarian conductors and the translators of libretti were determined to start to experiment with Hungarian operettas, too. As a result, the 1st Hungarian piece of the genre, The Living Devil (Az eleven ördög) by Antal Deréky and József Konti, was put onto stage in 1885 in the Népszínház.

The performed piece was so successful that there was no halt after that. There came the latest novelties from aspiring Hungarian composers.

Then, in 1902, this genre definitely conquered the public with Prince Bob by Jenő Huszka. That is why it is not surprising that some experts believe it to be the date of birth of the Hungarian operetta.

The new genre has become internationally recognised, too, in the following years. This was the time when the charm of the prima donna, Lujza Blaha, also contributed to the popularization of the genre. She was the 1st notable star of the Hungarian operetta with her performance in The Living Devil (Az eleven ördög) and The Stripling (Suhanc). She became famous in Vienna as well, but she refused a contract with Carltheater because she wanted to rest a Hungarian actress.

And do you know what the Hungarian operetta is notable for? It is mostly for the fact that it is catchy and easy to memorize, but at the same time, it is carefully constructed like an opera.

The melodies narrate a story with humour the central theme of which is crazy love. It bravely uses the cancan and the aria known from the French operetta to break the monotonicity of the prose.

The period between 1900 and 1918 can be regarded without doubt as the heyday of the Hungarian operetta. Besides Huszka, Pongrác Kacsóh also became successful with his piece, Hero John (János Vitéz), that was inspired by Hungarian folksongs. With unbroken success, it was put on stage about 500 times.

From among the new composers, Ferenc Lehár also stood out with his 1905 piece, The Cheerful Widow (A víg özvegy). He made a real international career and is still commemorated as the biggest innovator of the Viennese operetta.

Who would have not heard of The Gypsy Princess?

Although Imre Kálmán is also notable for his work, The Mongol Invasion (Tatárjárás), his most famous piece is, without a doubt The Gypsy Princess (A csárdáskirálynő) performed for the 1st time in 1915.

He wrote himself into history with this work, as it was highly praised both in Vienna and in Budapest.

The background of this piece is that Kálmán wrote it on commission after Leo Stein and Béla Jenbach had brought up the idea of writing a piece about a crown prince falling in love with a celebrated singer.

The Gypsy Princess in the Gárdonyi Theatre /http://gardonyiszinhaz.hu/

That is when Kálmán withdrew from the world and started working on the piece. Meanwhile, the First World War broke out and he abandoned the composition. It was only one year later, to the advice of Ferenc Lehár, that he started to continue the work. Despite the First World War, the piece was immediately debuted in Sweden, Finland, Poland, Russia and in Italy, too. The performance even reached the Broadway in the following year.

You can watch the trailer for the piece here!

As operett.hu reports the operetta in 3 acts is about a hopeless love. Prince Edvin loves Szilvia, the Orpheum star from Budapest, but due to his aristocratic background, his parents oppose the idea of marrying below his rank. His parents do everything they can, like offering a New York contract to Szilvia, to keep their son away from her. To hinder the intrigue of the parents, several characters of the piece cooperate to bring the couple together.

Kálmán, using his brilliant writing skills, makes a judgment on the society suffering from a crisis of values in the beginning of the First World War.

In fact, most people associate The Gypsy Princess with the unforgettable Péter Hajmási song. The popularity of the piece is shown by the fact that it is still performed with much success worldwide.

You can listen to the famous song from The Gypsy Princess, called Hajmási Péter, Hajmási Pál!

Between the two World Wars

As operett.network.hu points out, between the 2 World Wars, the genre was the privilege of the well-to-do families who regularly visited such performances.

Although the most outstanding composers worked in the beginning of the century, later on in the 30s and 40s, other memorable composers also gained fame in Hungary.

Among them, Lajos Lajtai should be mentioned with such a hit as Hétra ma várom a Nemzetinél ( I will wait for you at 6 in front of the Nemzeti Theatre) or Mihály Eisemann, the musical composer of Hyppolit, the Laykey (Hyppolit, a lakáj).

You can listen to the iconic hit of Lajos Lajtai here:

The Hungarian operetta has not disappeared in today’s society either, although the fame of it might have faded a bit. The question arises today whether it is possible that during the wars operetta was a form of escape to the Hungarians.  In fact, people could sit into the theatre with the belief that some magical power suspends the social order and the everyday routine for some time, and even the criticism of the society was allowed that otherwise would not have been accepted.