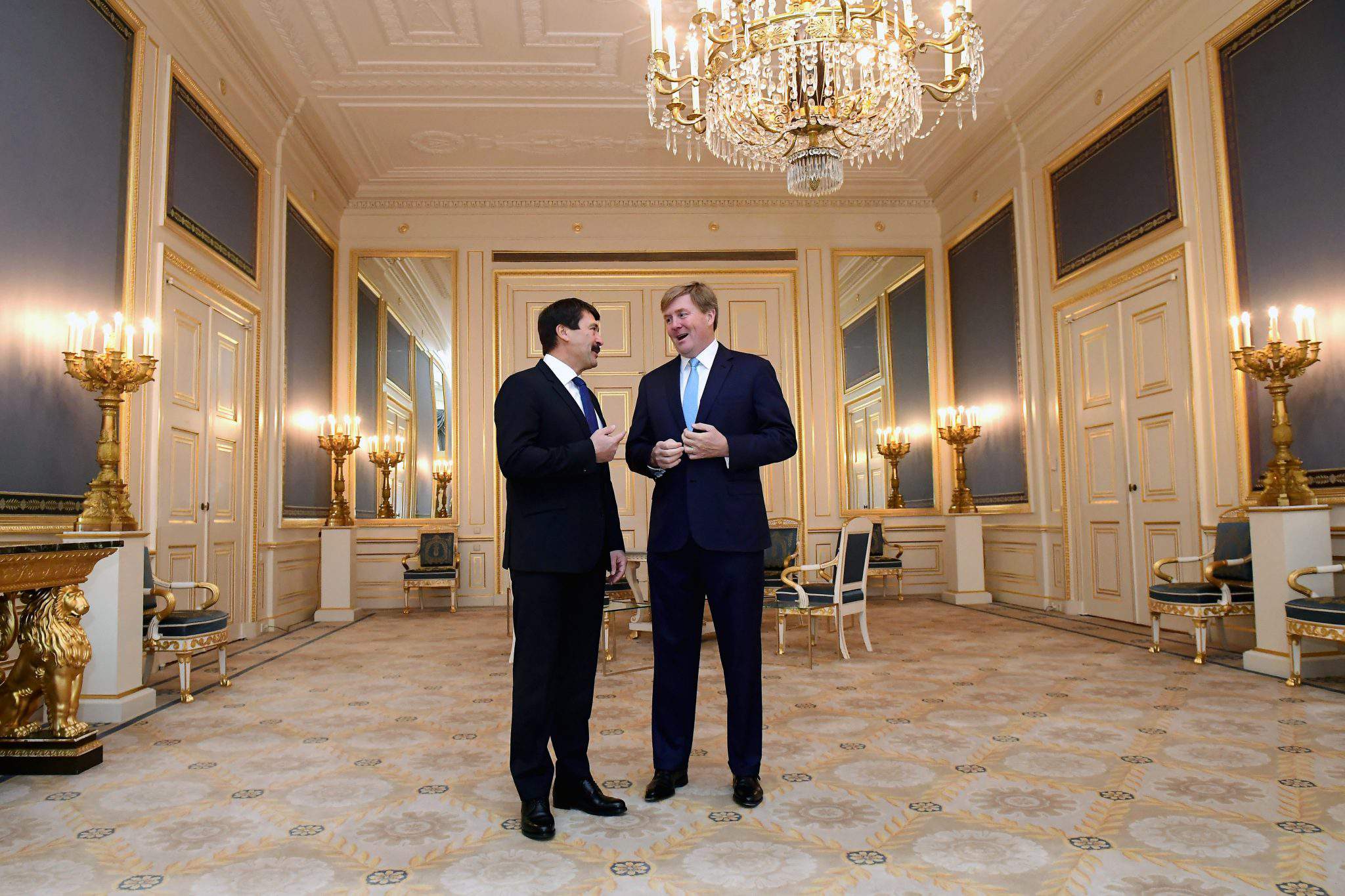 President János Áder, in The Hague on Friday for a two-day working visit, met Dutch King Willem-Alexander for talks on climate change and measures to prevent a water crisis.

The heads of state reviewed ways to make changes in energy production and to reduce greenhouse gas emissions.

Flood protection is crucial for the low-lying Netherlands, and the country is seeking effective measures to ensure its safety in the long run. The Dutch government is also paying attention to the connection between climate change and global security, especially when it comes to raising public awareness of these issues.

The Hungarian president observed the operation of a Hungarian developed biological waste water treatment plant at the abbey in Koningshoeven on Friday, wrapping up his visit to the Netherlands.

Using plants and algae in an alternative technology, the facility has the capacity to filter the waste water of a community of 20,000 residents, Áder told journalists at the site.

It can also be used for filtering out residues of drugs and chemicals in industrial waste water in a process faster and more effective than conventional ones, the president said.

Áder hailed that Biopolus, the Hungarian project company, has entered with its innovation the market of a country that had amassed hundreds of years of experience in water purifying technologies.

Elroy Thümmler fell in love with Hungary a long time ago, and although he has been a Sziget Festival promoter his true affection is for the countryside. By now Elroy bought almost an entire village, Bedepuszta, and wishes to make the Hungarian countryside more popular, read more HERE.