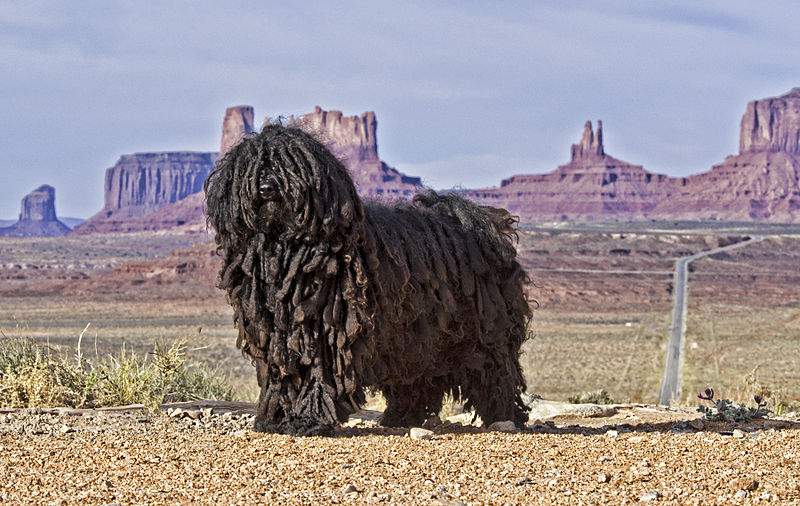 Puli is one of the world famous Hungarian dog breeds. The star of this article is Keki who is an adorable puli living in the United States. Keki pretty much stole the show with her adorable mop costume created by her owner for the annual Mainstrasse Paw-Rade, Kentucky, Femina.hu reports.

Pulis are small-medium sized dogs who were bred as guarding dogs for many decades in Hungary. Most of the pulis are black-coated, but we can also run into white, gray or cream (off-white) pulis as well. Pulis are well-known for their thick and shaggy locks (closely resembling dreadlocks) which create their really unique appearance.

Apparently, these locks reminded Keki’s owner of the popular household tool: the mop. The final Halloween look was created with the help of a bright yellow bucket and a handle that was seemingly “attached” to the mop, aka. Keki. 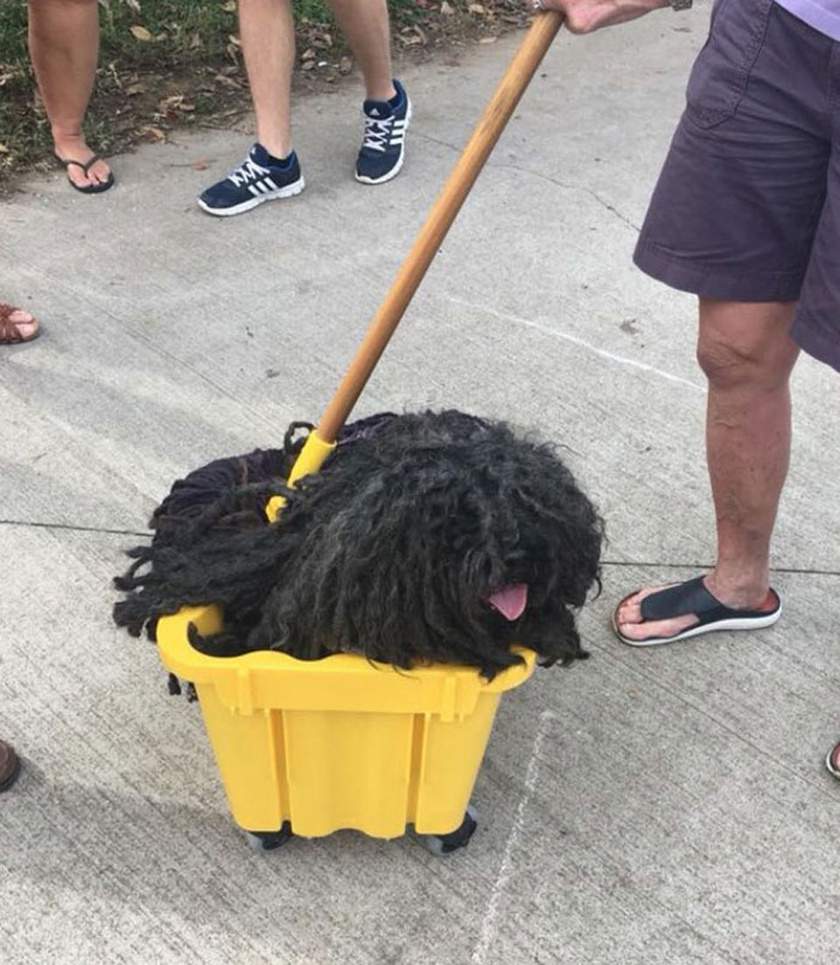 This simple, yet brilliant idea definitely stole the show at the Mainstrasse Paw-Rade, and it helped Keki to become an internet sensation.

The American town of Covington, Kentucky hosts an annual costume parade for dogs called Mainstrasse Paw-Rade, which is basically a big Halloween-themed street party where owners are invited to dress up their dogs in all kinds of costumes, then the dogs can debut their finished looks.

Without a doubt, the star of this year’s Mainstrasse Paw-Rade is the Hungarian puli called Keki whose owner dressed her up as a mop. Keki’s mop costume might be the best pet costume ever created. 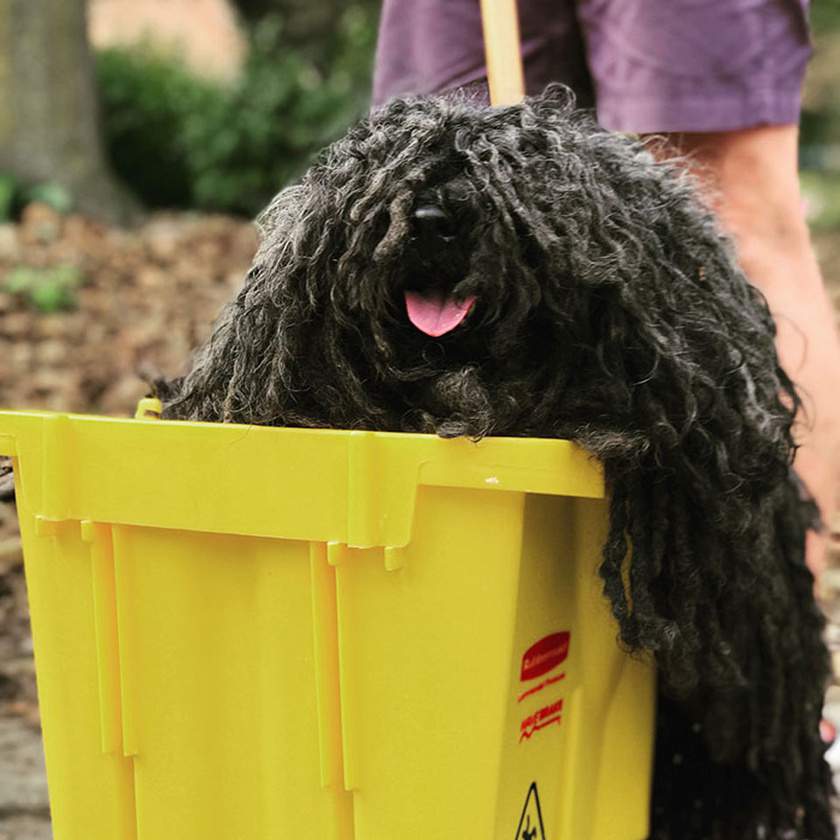 Keki seemed to be really enjoying herself in her little yellow bucket rolling through the parade.

This Hungarian breed is actually quite rare, so puli owners can consider themselves pretty lucky to own such a unique dog. The breed is especially popular in the United States. Besides Keki’s owner, for example Mark Zuckerberg also has a white puli named Beast. Beast is a famous representative of the Hungarian puli breed, who even has his own Facebook page with 2.7 million followers.

There is another Hungarian dog breed which is quite similar to the puli in its appearance called Komondor. Komondors are much larger dogs than pulis.