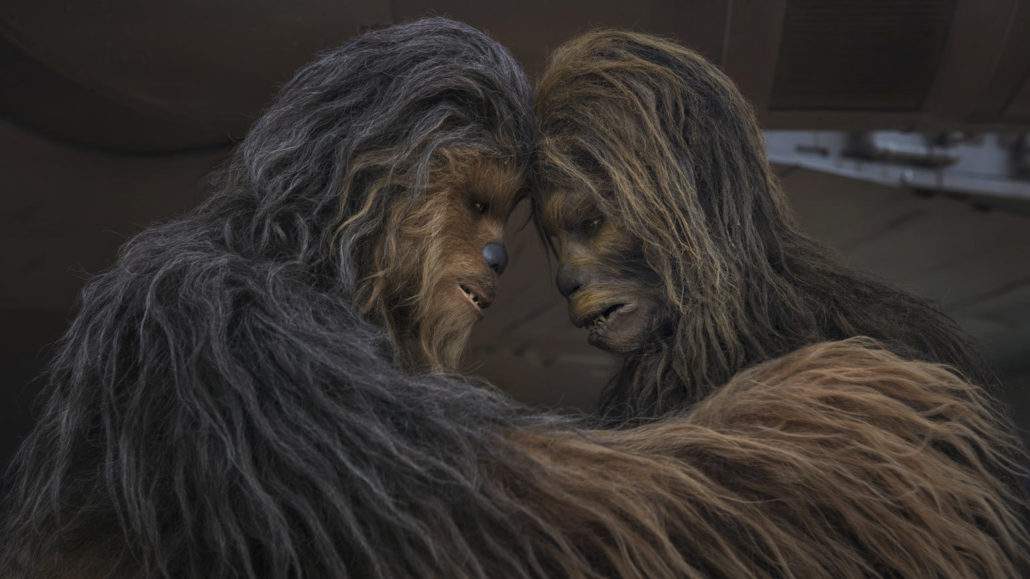 6 Hungarians were working on Solo: A Star Wars Story. Attila Vajda was playing Sagwa, a Wookie helping the main characters and he had some interesting stories to share with zoom.hu.

Disney bought Lucasfilm in 2012, and since then there is no Star Wars movie without Hungarians. In The Last Jedi, we can watch Zoé Nemes in some of the casino scenes, while in Solo we have the Szekler former basketball player, Attila Vajda as a Wookie.

There were some small misunderstandings around Attila Vajda’s character just before the premiere. A photo was leaked about a Wookie, and the first guess was that the role was Chewbacca’s wife. Later, articles were saying that Anthony Daniels, who played C-3PO in previous movies was now playing the Wookie. Jon Kasdan screenwriter told Uproxx that Daniels is playing a Wookie that is Chewbacca’s good friend and helps them escape from somewhere. Since Daniels is not exactly a huge man, it was hard to imagine him as a Wookie. Later Kasdan changed his statement and said that Daniels is playing a human con artist, Tak.

After this, international news articles were not really interested in who is finally playing Segwa. Of course, we are proud to say that the Hungarian Attila Vajda is playing the Wookie.

How did he become an actor?

“It was always my dream to become an actor. When my basketball career ended, I decided to give it a try and moved to London. I went to an audition in 2016, and after three months I found out that I could play my first role and old Wookie hero.”

Vajda is not a Star Wars fan, but he knew enough to play spontaneously and to find everything interesting. He also said that it was hard to say goodbye at the end because he became good friends with the other actors.

His favourite part was that he could play together with Woody Harrelson. Vajda started playing basketball in 1996, and he still remembers watching the movie White men can’t jump, starring Wesley Snipes and Woody Harrelson. Vajda says that Harrelson inspired him to work on his jumping skills. He says it was wonderful to meet with him and to work side by side in this movie.

We also asked what he thought about the Wookie costume. Many criticised the appearance of the Wookies in this movie, saying they looked like characters from the Planet of Apes. He said that according to the story, the Wookies were working in mines, where they did not get enough food or sunshine. They became weaker, their appearance changed.

At the question of what he intends to do now, he said he is going to an audition soon, but he could not say any more than that. There is also a chance that he will be asked to play in the next Star Wars movies too.