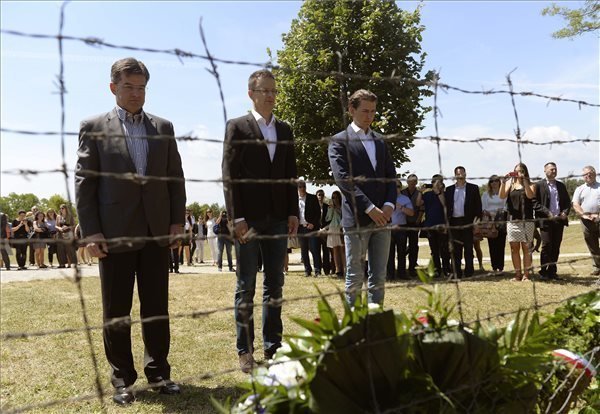 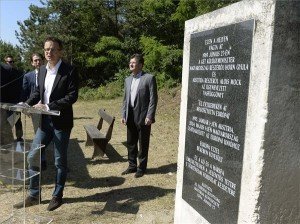 Szijjarto said the perserverence of freedom-fighting peoples in the heart of Europe had led to the fall of Communist dictatorships and paved the road to the reunification of the continent.

“Had Central Europeans not fought ardently against Communism, today there would be no unified Europe,” Szijjarto told a gathering near Hungary’s border with Austria.

Kurz said the younger generations can only imagine what life was like before the Iron Curtain and the dismantling of the Berlin Wall. It is important to remember the historic event which brought freedom for Europe and the chance of closer cooperation for its countries, he said.

Lajcak said the events at the Hungarian-Austrian border 25 years ago carried the message of freedom and democracy. Freedom means the chance to travel and study and to forge mutually-beneficial economic ties, he said.

At the end of the commemoration the three politicians signed a joint declaration in which they stand by a unified Europe, by European values and freedoms.

On June 27, 1989, in what has become a historic event, Hungarian Foreign Minister Gyula Horn and his Austrian counterpart, Alois Mock opened the sealed border by symbolically cutting the barbed wire fence. During the summer, several thousand East Germans fled to the West through Hungary.