Hungary one game away from EURO 2020 after beating Bulgaria in Sofia – PHOTOS, reactions 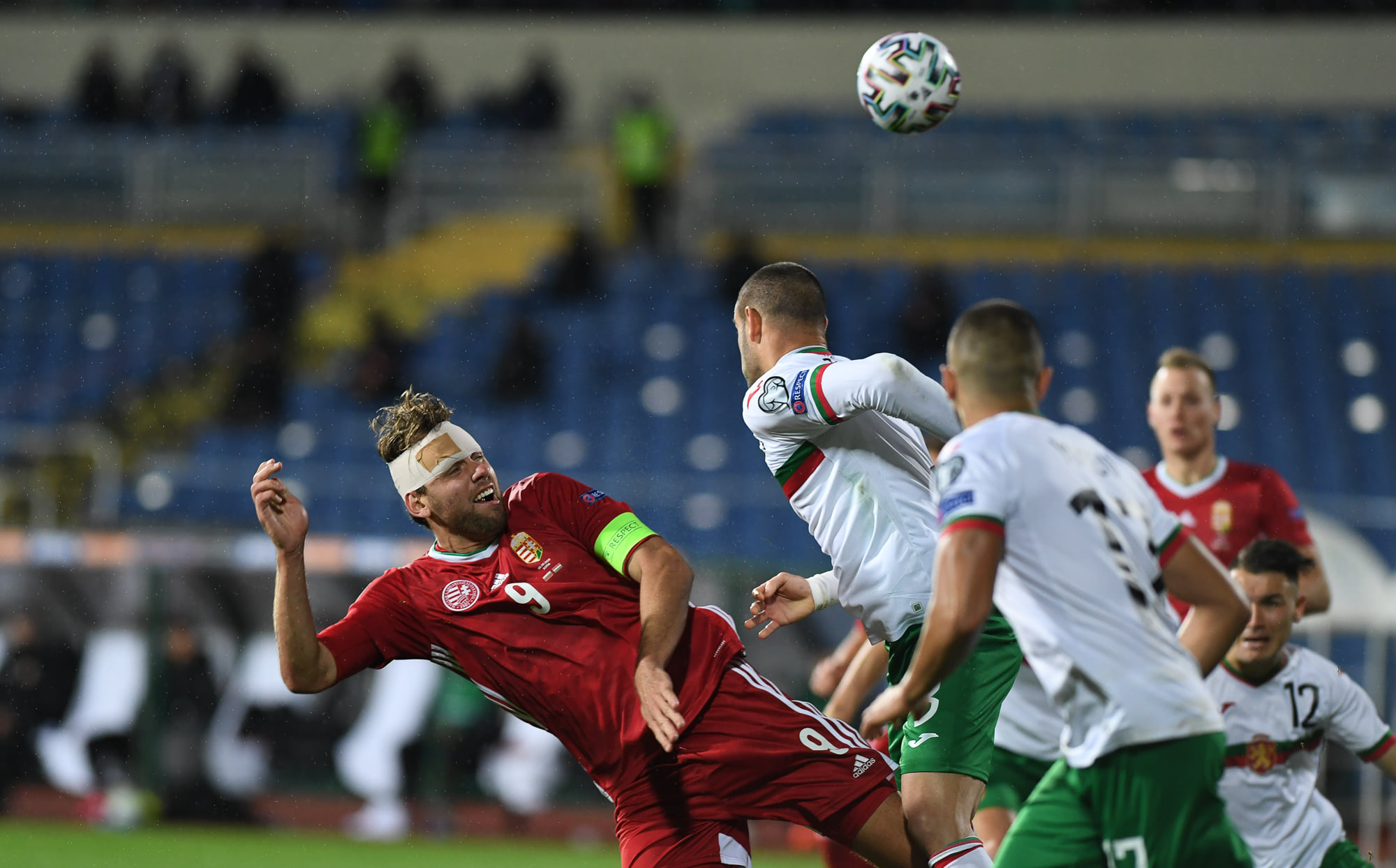 A battling team performance and goals from Willy Orban, Zsolt Kalmár and Nemanja Nikolic gave Hungary a stirring 3-1 victory over hosts Bulgaria in Sofia and set up a EURO 2020 play-off final with Iceland in the Puskás Aréna next month.

Marco Rossi opted for a 3-4-1-2 formation in Bulgaria’s capital city, Péter Gulácsi in goal behind a back three of Willi Orban, Ádám Lang and Attila Fiola, with Kalmár playing well ahead of fellow central midfielders Ádám Nagy and Dávid Sigér. Filip Holender on the left and Attila Szalai on the right provided width while Roland Sallai was stationed behind lone striker and captain Ádám Szalai. 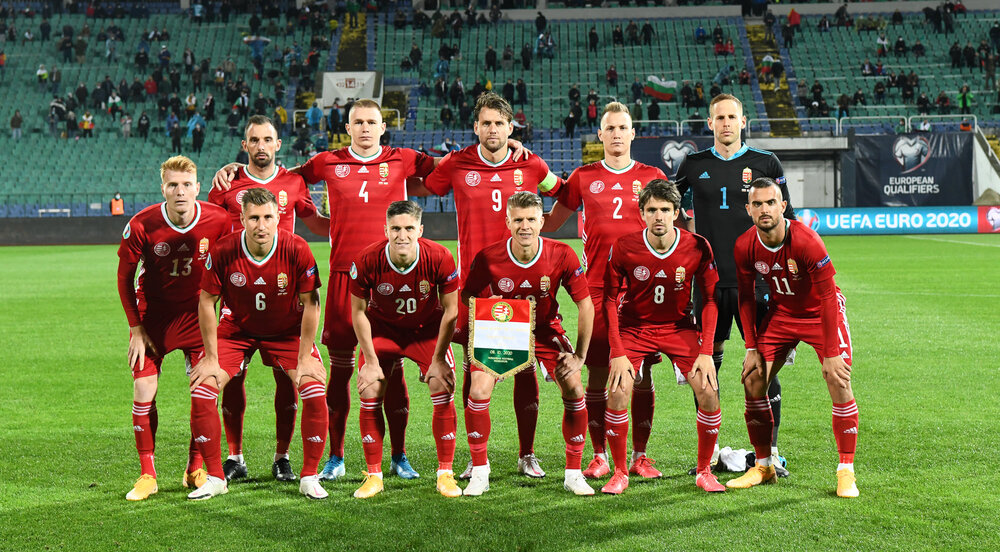 In the absence of emerging talent Dominik Szoboszlai, it was left to Dunaszerdhelyi AC playmaker Kalmár to provide much of the inspiration to a Hungary team desperate to secure a play-off final place in Budapest next month. Firstly, he won a 17th-minute corner which he swung in for Leipzig defender

Willi Orban to head into the bottom left area of Bulgaria’s goal.

Hungary were indebted to goalkeeper Gulácsi for three excellent saves during the remainder of the first half but it was Kalmár again who lifted his team early in the second period when his innovative, low, skidding free-kick caught out the home team’s goalkeeper at his near post from fully 30 metres out.

after a VAR review denied Bulgaria a 57th-minute penalty after Ádám Lang was eventually adjudged not to have committed a foul in his own team’s penalty area. Buoyed by that decision, Hungary fought hard and protected their position in the game despite pressure from the hosts, a period during which Loic Nego came on for his Hungarian international debut after being cleared to play for the country only just last week. Rossi’s charges were rewarded for their endeavour in the 76th minute when two more substitutes, Szilveszter Hangya and Nemanja Nikolic, combined, the former crossing for the latter to head unmarked into the Bulgaria goal. 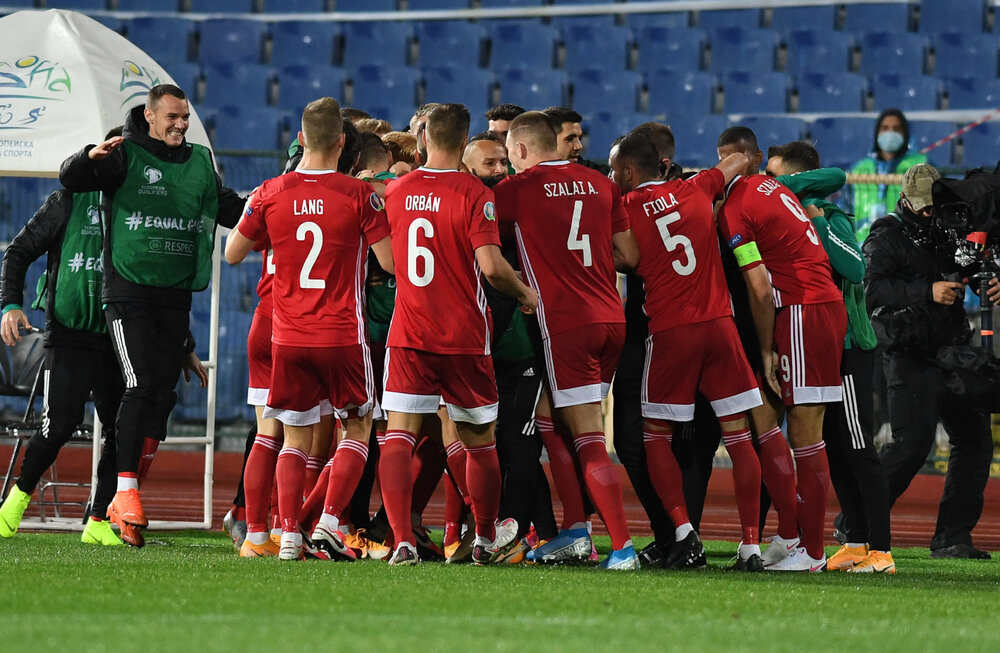 From that moment on, the tie was effectively over and not even an 89th-minute consolation goal for Bulgarian debutant Yomov could dampen the spirits of the visitors, already safe in the knowledge that

they’d be playing in the Puskás Aréna next month for the right to reach the 2020 UEFA European Championship.

Iceland’s 2-1 victory against Romania now means that they will provide Hungary’s opponents in this winner-takes-all encounter in November. 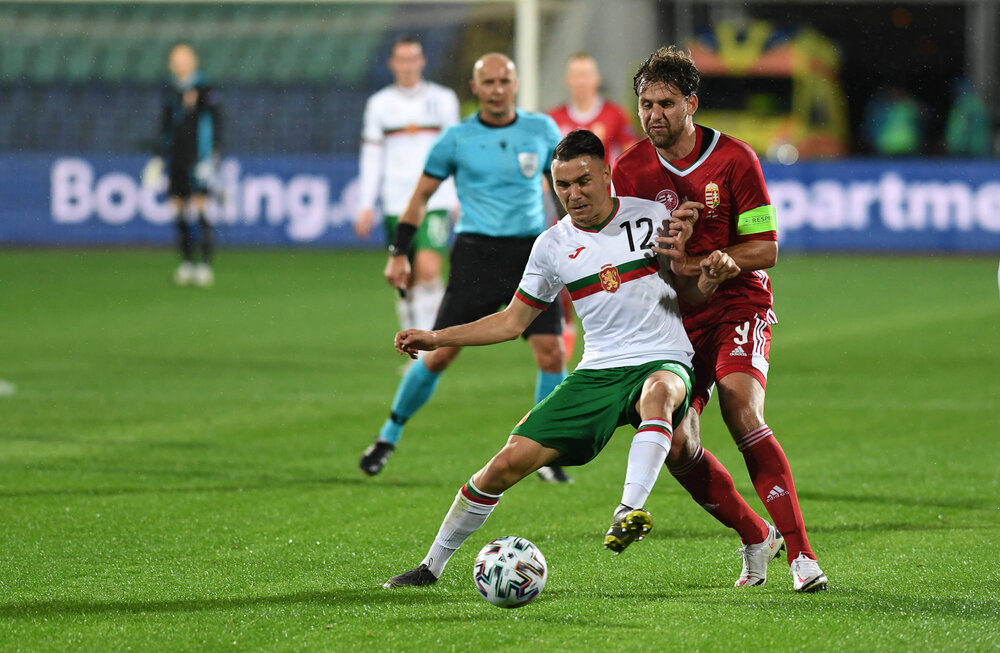 Marco Rossi, Hungary coach: “I don’t know how I feel, to be honest. On one hand, I’m happy at qualifying. But I’m not happy with how we played. Bulgaria played better than us; we were a little lucky. We have some talented players and, if we stick to the tactics, we’re capable of achieving success.”

Willi Orbán, Hungary defender: “I can’t remember scoring such an important goal as I did today. It was a difficult match: Bulgaria built their attacks well and we didn’t always succeed with ours, but in the end we won deservedly. Great challenges are coming. We need to be smart. The match against Iceland in November will be special.” 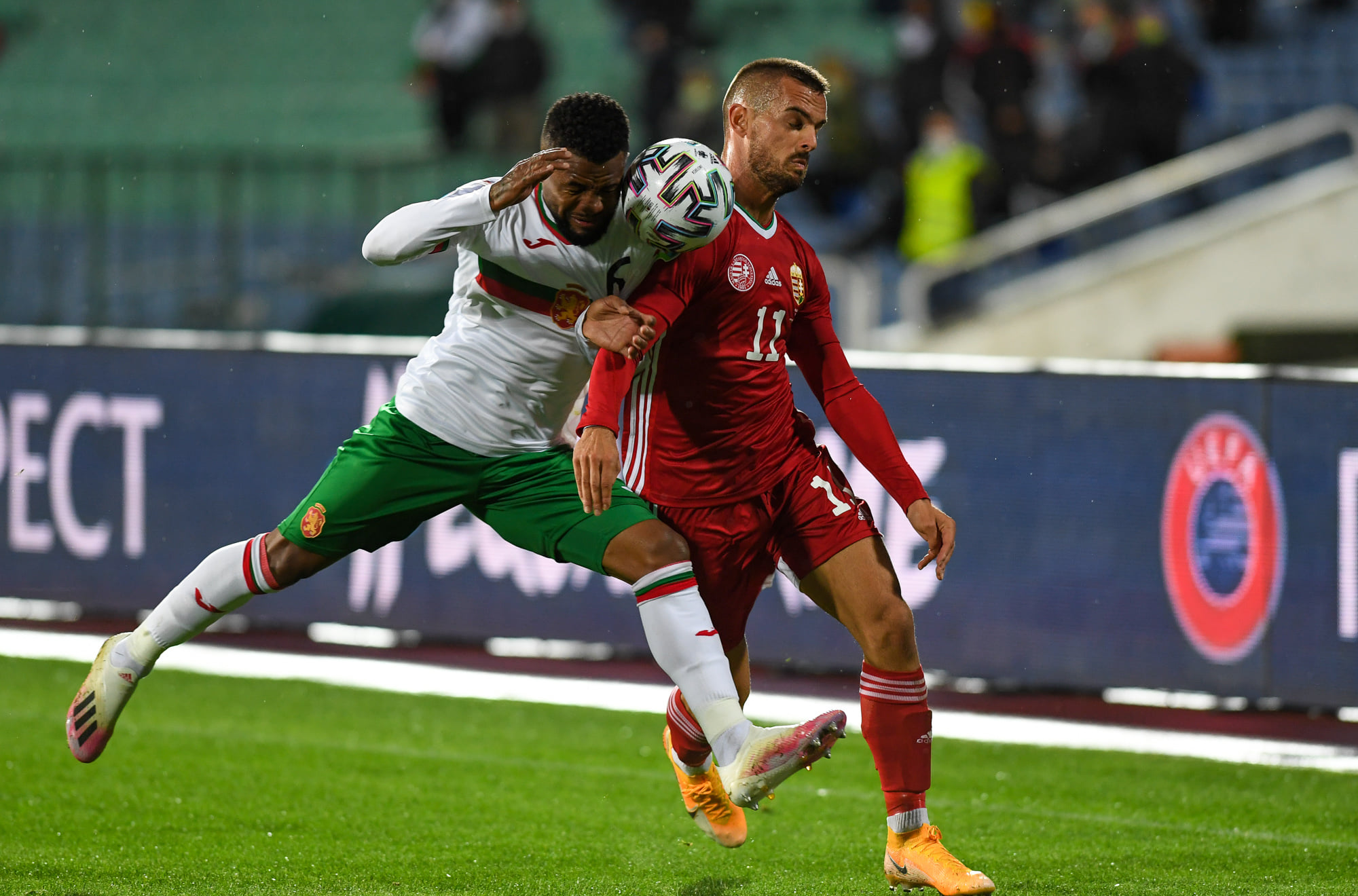 Hungary midfielder Zsolt Kalmár: “I enjoyed the game – the right team deservedly won. I hope this style of ours persists in the next matches. Iceland will be a tough opponent.”
On his long-range free kick for Hungary’s second goal: “I saw the distance and preferred to shoot instead of passing. Mr Rossi trusts me and I want to thank him for that.”

Nemanja Nikolić, Hungary striker: “The stakes were high and we were not able to attack right away. We scored goals at good times, which calmed us down. Now our dream is closer and we are 90 minutes away from the European Championships.”

Péter Gulácsi, Hungary goalkeeper: “We developed as the game went on. We wanted to be able to play a final at home, in the Puskás Arena. There were a lot of mistakes in our game, but the point is that we were still able to win.”