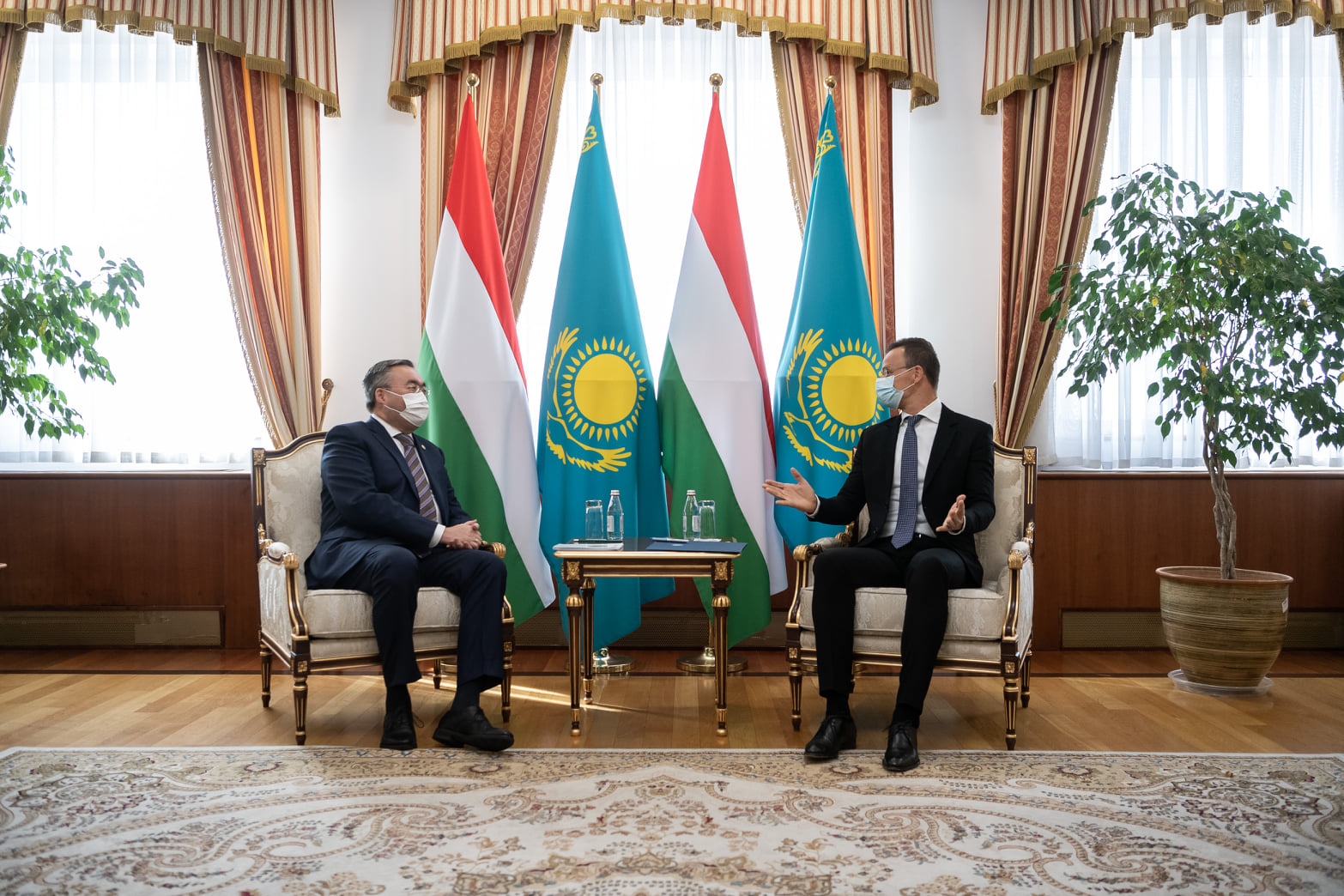 Hungary plans to join the Eurasian Development Bank (EDB) to open up new financing sources for Hungarian companies in Asia, Foreign Minister Péter Szijjártó said on Tuesday during a visit to Kazakhstan, according to his official Facebook page.

The move is part of the “eastern opening” diplomacy of Hungary’s nationalist government that also includes forging close relations with China, which is building a major railway line connecting Budapest and Belgrade.

“This (joining the EDB) aims to open up new financing sources for Hungarian firms to help them be even more successful in Eurasian markets,” Szijjarto said.

The EDB, founded by Russia and Kazakhstan in 2006, aims to promote economic growth in its member states, extend trade ties among them and support Eurasian integration through investment.

It currently has six members, all former Soviet republics.

In another demonstration of Hungary’s eastward tilt, China plans to open a huge campus of the Shanghai-based Fudan University in Budapest within a few years, the first in the European Union.

On Tuesday, citing a government proposal,

Hungarian investigative website Direkt36 reported that the Fudan University campus would be built with a Chinese loan of more than 450 billion forints ($1.47 billion). Hungary will also contribute 100 billion forints to the project, it said.

Its costs will exceed the total funds Hungary’s government spent on higher education in 2019, Direkt36 said.

The government has not replied to Reuters’ emailed questions regarding the university project.

The Chinese railway project is part of Beijing’s One Belt, One Road initiative intended to open new foreign markets to Chinese firms.

Hungary, which has frequently clashed with the EU over media freedoms and its migration policy, has forced a leading university founded by billionaire philanthropist George Soros to move most of its activities from Budapest to Vienna.