A fabulous second-leg performance from Hungary secured 2016 European Championship qualification via the play-offs as Bernd Storck’s men dispatched Norway 2-1 on the night and 3-1 on aggregate.

A superb strike from Tamás Priskin gave Hungary an early lead and they confidently held onto it for much of the match, doubling their advantage through a late Markus Hendriksen own goal before the same player grabbed one back for Norway, but to no avail for the away team.

A dynamic start from Hungary had seen them threaten immediately, Dzsudzsák seizing on a loose ball after just forty seconds and shooting from distance but Ørjan Nyland gathered easily. Norway tried to settle but the hosts were defending deeply and applying plenty of pressure on the ball, so they were able to dispossess Norway and counter-attack swiftly.

From one such attack Hungary took a sensational lead through Priskin as he chased down a long pass from Tamás Kádár, cut inside and curling a ferocious shot into the far right corner of the net from 18 metres. It was a sumptuous strike and stunned Norway who now needed to score twice with extra-time now an impossibility.

Per-Mathias Høgmo’s men nearly did get a goal back through Haitam Aleesami but Gábor Király saved well with his legs, but still Hungary applied the pressure and Gergő Lovrencsics’s far-post header from László Kleinheisler’s whipped right-wing cross was a metre wide from giving them a two-goal lead.

Both countries made changes at half-time, Hungary bringing on Ádám Pintér to beef up the midfield in place of Ákos Elek while Norway make a double change, Pål André Helland and Marcus Pedersen coming on for Mohamed Elyounoussi and starlet Martin Ødegaard, before a home-team hero was replaced by a home-team talisman, Tamás Priskin, whose early strike he later described as the goal of his life, being replaced by Dániel Böde who plies his trade at club level for Ferencvárosi TC in this very stadium. Both forwards understandably received rapturous applause.

The pattern of the come continued in the same vein though, Hungary sitting deep, nullifying Norway’s attacks and countering with ones of their own, on one such occasion László Kleinheisler releasing Dzsuzsdák in a right-wing counter-attack but his left-foot drive after cutting inside was deflected onto the crossbar to his utter disbelief as the hosts sought to kill off the tie.

Dzsudzsák put in a captain’s performance but Norway goalkeeper Ørjan Nyland kept his team in the tie with a superb low fingertip save to deny the Hungary left-winger’s drive from the edge of the area after a surging 30-metre cross-field run before Norway finally created some chances, Marcus Pedersen seeing his close-range shot superbly blocked by Király and Markus Henriksen firing over from a narrow angle.

Back came an indefatigable Hungary and they effectively secured the win with a second goal in the 83rd minute, Dániel Böde’s near-post flick-on being diverted by Hendriksen past a hapless Nyland for an own goal. Hedriksen still had time to pull a goal back for Norway three minutes from time but it was purely a consolation for his team who were, in truth, well-beaten over the two legs by a fantastically determined Hungary squad. 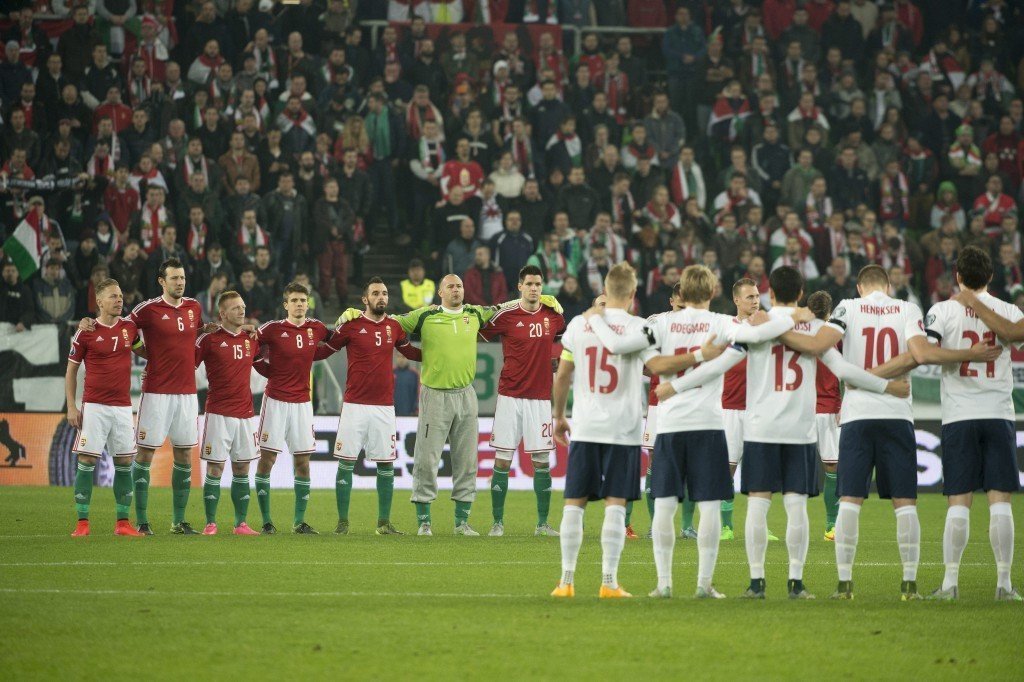 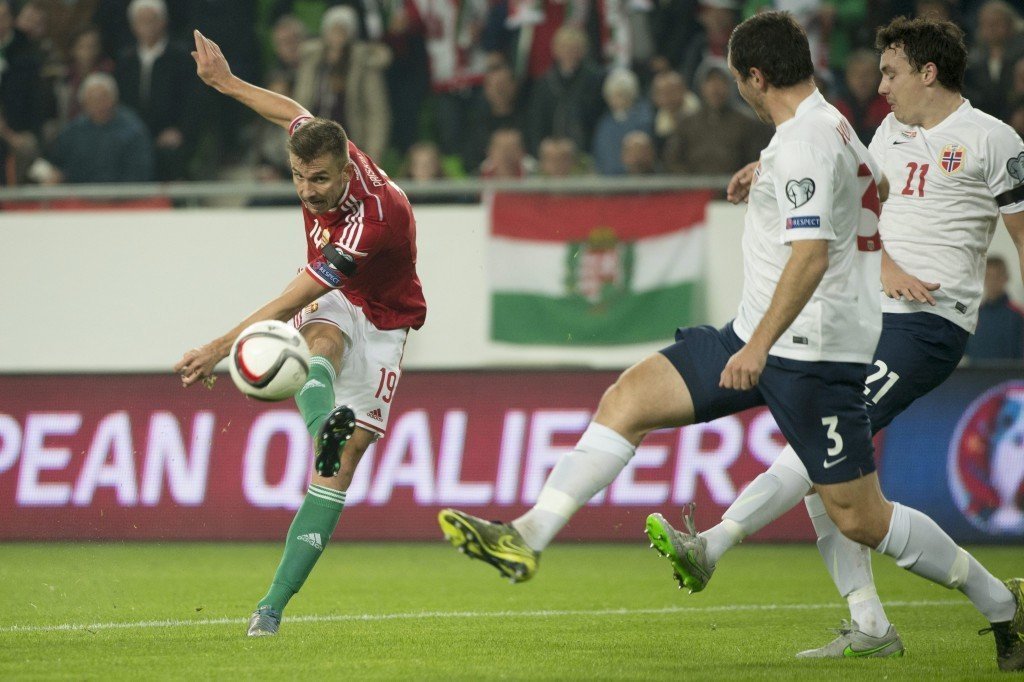 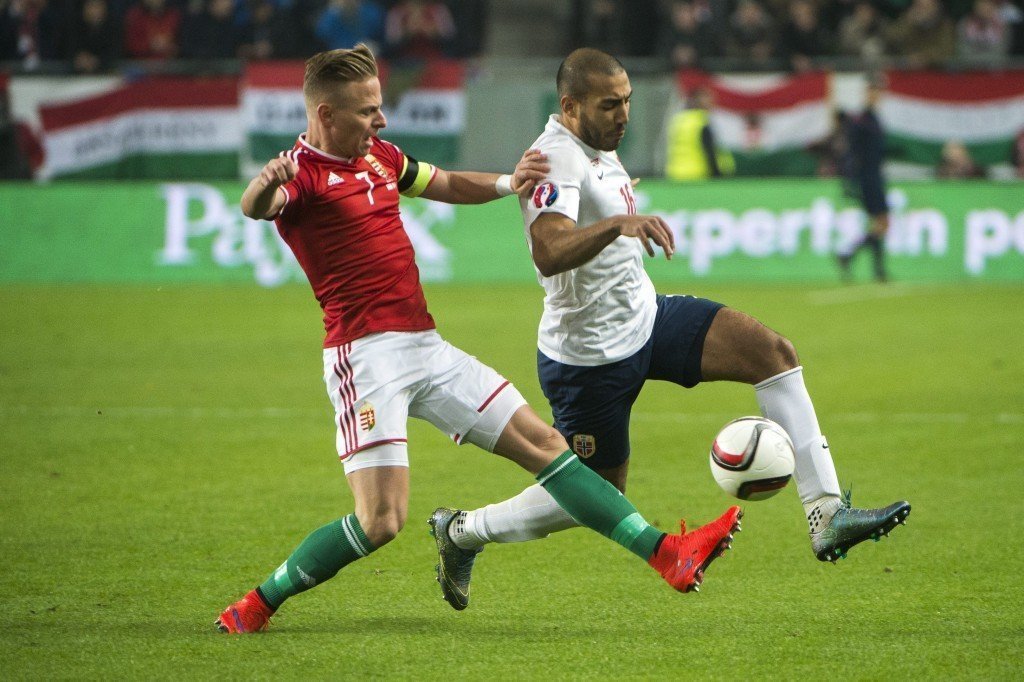 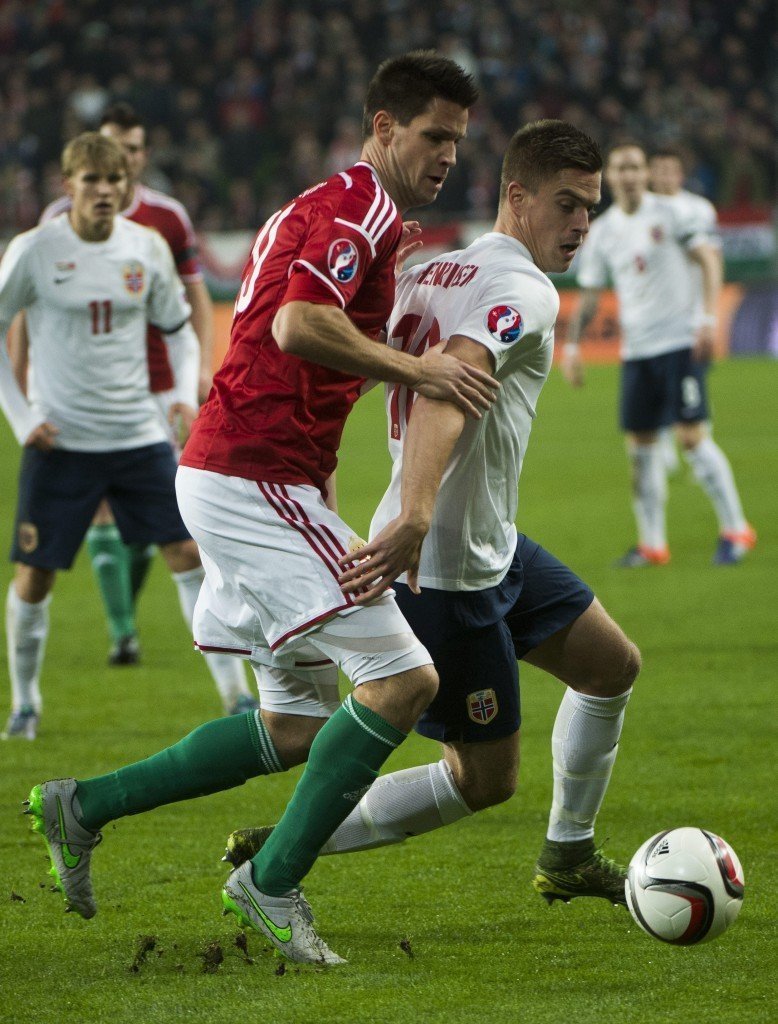 Winning both playoffs with an aggregate score of 3:1, Hungary made its way to a European Soccer Championship for the first time since 1972.

In the changing room