Defence State Secretary István Szabó attended a commemoration on Wednesday, marking the anniversary of the Hungarian Army’s defeat in battles with Soviet forces at the River Don in 1943.
Szabó referred to January 12 as a “black day” for the Hungarian military, and noted that the Red Army had started its fatal attack on this day 79 years ago. The Hungarian military “paid its largest sacrifice of lives in its entire history” in the Don battles, he added.
According to various estimates,

50-75 percent of the 207,000 Hungarian soldiers never returned from the Don battles.

The majority of some 40,000 people, mostly Jews, who had been enrolled in the army to do forced labour, also perished. 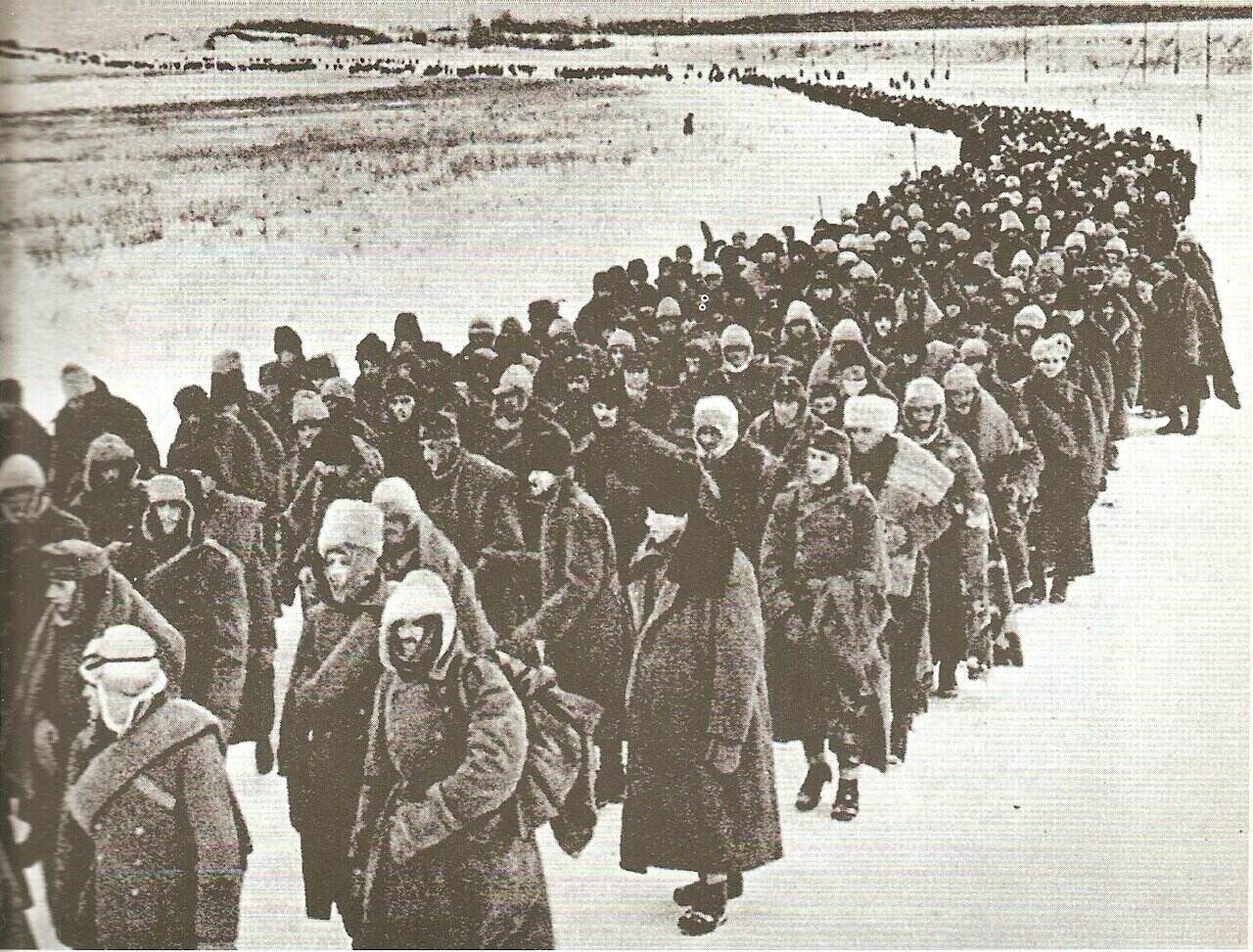 Hungarian, Italian and German POWs marching in the Soviet Union after the Don battles. Photo: wikipedia