Both sides highlighted traditionally good relations between the European and Hungarian legislatures. They agreed to make ties between the EP and national parliaments more intensive in the future and “sustain an institutional structure which entails simultaneous contributions to the creation of a strong Europe,” Zoltan Szilagyi, parliament’s press officer, said in a statement. 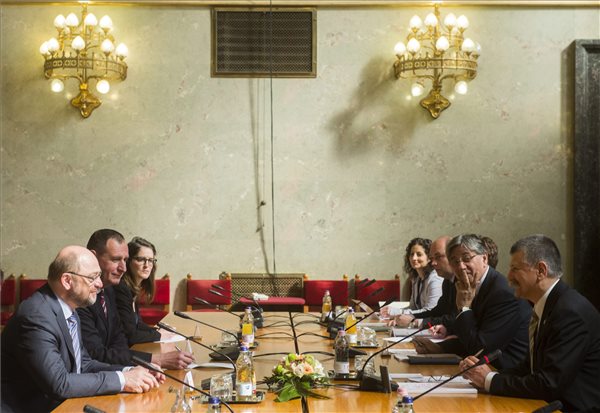 In spite of past and current disputes, there is an interest in the realisation of strong European institutions which can only be built on strong nation states, Kover said, according to the statement.

Schultz said national parliaments should have a more important role at the European level and in the EP. He noted that half of EU regulations are national initiatives, and he said it is in the interest of both sides to cooperate on increasing the efficacy of these regulations.