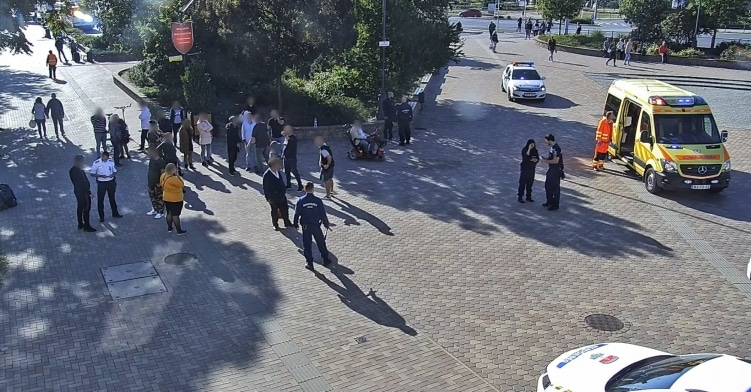 “I will set you on fire, you will die” – woman’s street fight in Székesfehérvár

The woman wanted to take revenge for an insult by pouring gasoline over other people standing next to her, in the open street at Székesfehárvár. Thanks to an intervention, she did not manage to set them on fire.

On Sunday, police.hu reported about the vandalism that happened in Székesfehérvár, next to a supermarket.

During the analysis of the recording of the surveillance cameras, investigators ascertained that a woman poured gasoline over other people standing next to her; and shouted: “I will set you on fire, you will die”. During the fight, one of the injured persons kicked the lighter out of the woman’s hand; as a result of which, she could not light the petrol.

Thanks to extensive data collection, investigators managed to identify the woman, who was questioned as a suspect for attempted murder committed against several people. The suspect said that she wanted to take revenge for conflicts and fights that happened in the past.

The 59-year-old suspect was taken into custody in Székesfehérvár; the Police have proposed the woman’s arrest.