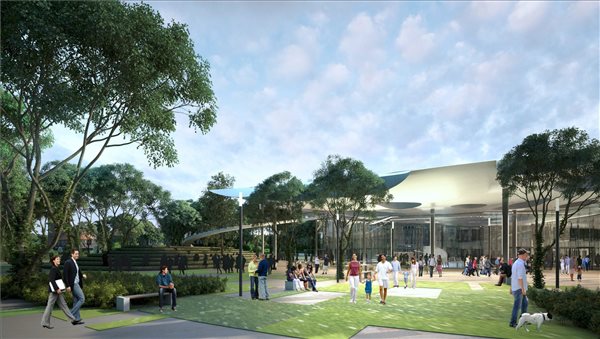 Budapest, June 10 (MTI) – Japanese architect Sou Fujimoto signed a contract on Wednesday to design the Bartok Centre – House of Hungarian Music to be built in Budapest’s City Park as part of the Liget Project.

Liget Budapest Project ministerial commissioner Laszlo Baan said after the signing that the contract covers the preparation of plans, to be submitted by the end of this year, after which a public procurement tender for the construction can be invited in the first part of next year. The building is planned to open in the spring of 2018.

Fujimoto said it was a most exciting challenge to integrate a building into nature, and the reason he submitted a bid was that the House of Hungarian Music will be built in the middle of a park.