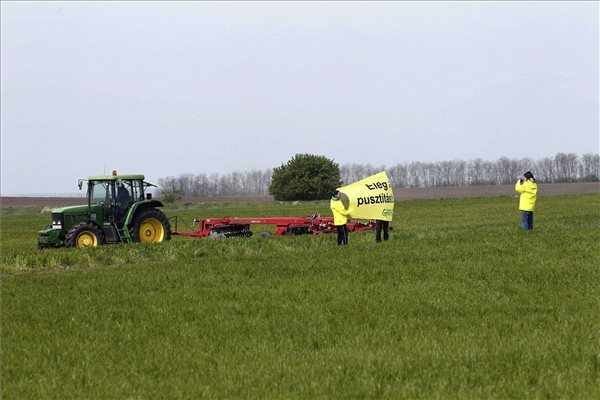 (MTI) – New farmers who won land leases in a state-run competition last year for the organic farm of Kishantos in central Hungary, have started work on the fields on Saturday, despite their leases being contested by the old leaseholders, MTI’s correspondent reported from the site.

The new leaseholders have started ploughing in the fields where the original owners had sown seeds.

Ferenc Bolye, co-chief executive of the Kishantos Rural Development Centre, which ran the farm, told MTI at the site that he had been notified on Saturday morning that tractors on the fields were ploughing in the winter wheat, peas and sunflower seeds that they had sown. He said the Centre’s owners and staff were present and they had notified the police.

Bolye said the new leaseholders were not “legally in possession” of the area, as there are several legal disputes still underway and court hearings were scheduled to start in the case on April 25.

Mrs Sandor Acs, the Centre’s other chief executive, said some 140 million forints (EUR 458,000) worth of organic plants were now being destroyed. She added that as the official handover of the land had not taken place between them and the new leaseholders last November, the Kishantos Centre’s farmers had continued farming on the land in “good faith”. She said the National Land Management Fund (NFA) had never officially settled with them.

Marton Bitay, State Secretary at the Ministry of Rural Development, said on Saturday that the NFA has nothing to do with the tractors’ activities in Kishantos, but that the new leaseholders are using the land legally. He said the Kishantos farmers had caused damage to the state by not letting the new leaseholders access to the land since last autumn, when their lease had terminated.

The small opposition LMP party said in a statement sent to MTI on Saturday that “the destruction of the sown crops at Kishantos is unacceptable”. It is shocking that on the land farmed by the farmers of the Kishantos Rural Development Centre for decades, now some “large farmers associated with Fidesz’s political circles” started to plough in the seeds. The new leaseholders had been illegally chosen last year, LMP said in the statement.

Besides farmers of the Kishantos Centre, activists and politicians, including representatives of Greenpeace Hungary, the Association of Entrepreneurs’ Interest Protection and the Hungarian Nature Protection Association, were present at the farm, MTI’s correspondent said. 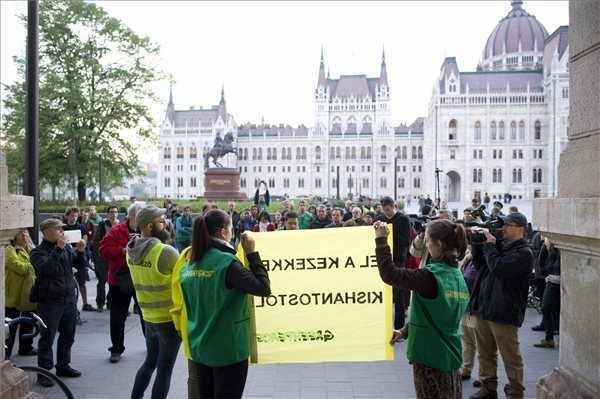 The breakup of the organic farm in Kishantos had been protested by opposition politicians and activists since the leaseholders of the Kishantos Centre had refused to hand over the area to the land manager by the deadline at the end of October 2013 and filed a complaint with the rural development minister over the termination of their lease.

The Kishantos Rural Development Centre was set up under an agreement between the Hungarian and German governments 15 years ago. It operates on 452 hectares of state-owned land and produces the highest-grade organic seeds, as well as offering courses to farmers and carrying out agricultural research.

Hungary’s ombudsman had declared earlier that the farm, which faced being divided into smaller plots, deserved constitutional protection.