Kövér: More at stake in Oct. 2 referendum than in any general election 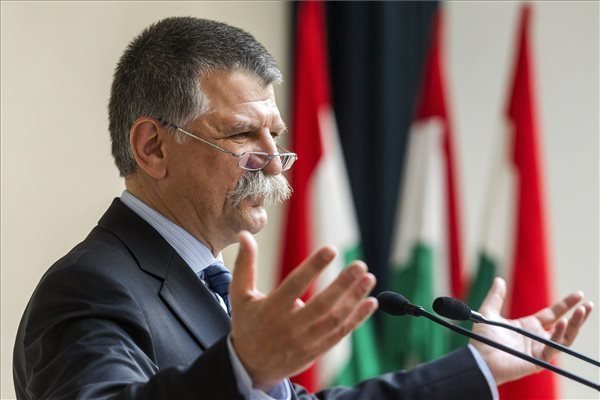 Budapest (MTI) – The national referendum Hungary will have on EU migrant quotas on Oct.2 will have higher stakes than a regular parliamentary election, House Speaker László Kövér told commercial Info Radio on Tuesday.

The migrant redistribution scheme is “not dead” either from a political or a legal perspective, with procedures aimed at putting the quotas into place already under way, Kövér told the radio.

“Why politicians in Brussels have recently become quieter and have made ambiguous statements about the scheme is probably because they are rather worried about the possible outcome of the Hungarian referendum,” he said.

Whether or not the ballot will entail legislative measures will depend on its outcome, said Kövér, adding that such measures could either include amending laws or even the country’s constitution.

If the ballot turns out to be valid it will oblige the government in place to act in line with the public’s will over the course of at least three years after the vote, he said.

Should the referendum fail to pass, then the actual government in place will be obliged “by the will of the public” to fend off “any attempts by Brussels” aiming to transform Hungary culturally or ethnically, as it has been successfully done in several western European countries so far, the house speaker said.

Concerning public interest, Kövér said that attendance at campaign events suggests increased interest, and not solely among the core supporters of ruling Fidesz.

“There is concern for a reason over the future of Europe, and of Hungary, and the government has perceived a great degree of consent among people in this respect,” Kövér told the programme.

He said that the “greatest policy change” in countries affected most by the migrant crisis has been witnessed in Austria, whereas there has been no change in the migration policies of either Italy or Greece over the past year. As far as Germany is concerned, there has been a change in the German people’s mood but not in the policy of the government, Kövér said.

In the referendum Hungarians will be asked: “Do you want to allow the European Union to mandate the resettlement of non-Hungarian citizens to Hungary without the approval of parliament?”

Under Hungary’s referendum law, a referendum is valid if voter turnout is over 50 percent. It is considered successful if more than half of the valid votes are cast for the same answer.