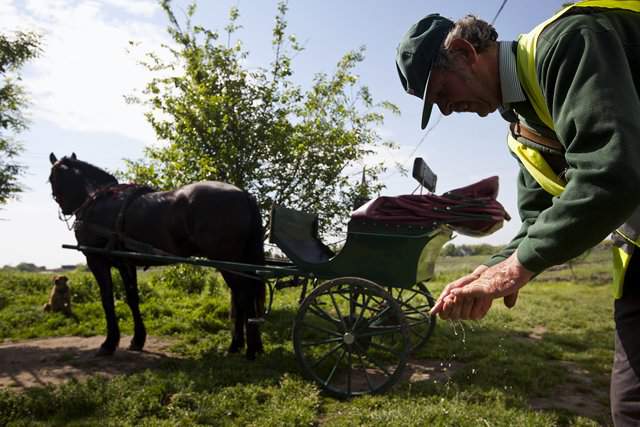 According to 24.hu, the horse-drawn mail-cart of Gátér was highlighted as a county value by the Value Collection Committee of Bács-Kiskun County in 2015, which means that it could get to the Collection of Hungarian Values, the hallway of the Hungarikums, from where the road leads straight to becoming a Hungarikum.

The Hungarian Post Office introduced horse delivery at farmstead settlements on the 1st of August, 1962. As time went by, the service was replaced by post-boxes along the roads. The only Hungarian settlement where the horse post service is still working is the village of Gátér. István Kulik, the employee of the Hungarian Post Office, has been working with horses as a postman since 1987.

The horse-drawn mail-cart delivers letters to more than 100 people in the boondocks of Gátér. Besides the delivery of letters and newspapers, István Kulik has a much more valuable task: he keeps in touch with the lonely people of the boondocks and delivers news between villages. He sometimes does the shopping for others, drags in the firewood from the yard, helps if the cow is foaling and mediates between locals and the municipality.

What makes his job uniquely valuable is that he talks with the lonely, immobile dwellers of the farmsteads, thus helping them feel like they are the part of the village’s community. Moreover, he sometimes gets medicine for old people or does the shopping for them.

Provided that the last horse-drawn mail-cart doesn’t leave, it might even have a place among Hungarikums 🙂