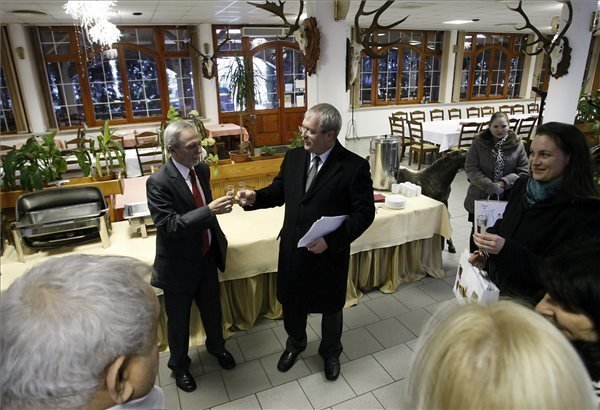 Budapest, January 30 (MTI) – What do lace from Halas, data-saving, ground paprika from Kalocsa and Kalocsa folk traditions, including writing, lace and brushwork have in common?

Well, the answer is they are all new entries on the Hungarikum list, an inventory of “cultural, architectural, gastronomic, health, economic, technical or agricultural values which represent the achievement of the Hungarian nation in any part of the world,” rural development minister Sandor Fazekas said on Thursday.

Speaking at a press conference held at the equestrian Kincsem Park in Tapioszentmarton, Fazekas said that the Hungarikum list was now complete with Halas lace, a special kind of needlework made in Kiskunhalas (SE), the Kurt method of saving data, and the traditional writing, embroidery, and decorative painting of the Kalocsa area in southern Hungary, as well as the region’s famous paprika products.

Fazekas also announced that the spiritual heritage of 19th century reformer and politician count Istvan Szechenyi, the Zsolnay Cultural Quarter in Pecs, in south Hungary, Budapest’s Gundel restaurant together with the heritage of its first owner, Karoly Gundel, classical Hungarian songs, the achievement of the 100-strong Gypsy Band, and the Ilcsi cosmetics products had been added to the Hungarian Repository of outstanding intellectual values.

The minister noted that the government had allocated 144 million forints (EUR 466,000) for projects aimed at preserving and promoting Hungary’s cultural values.