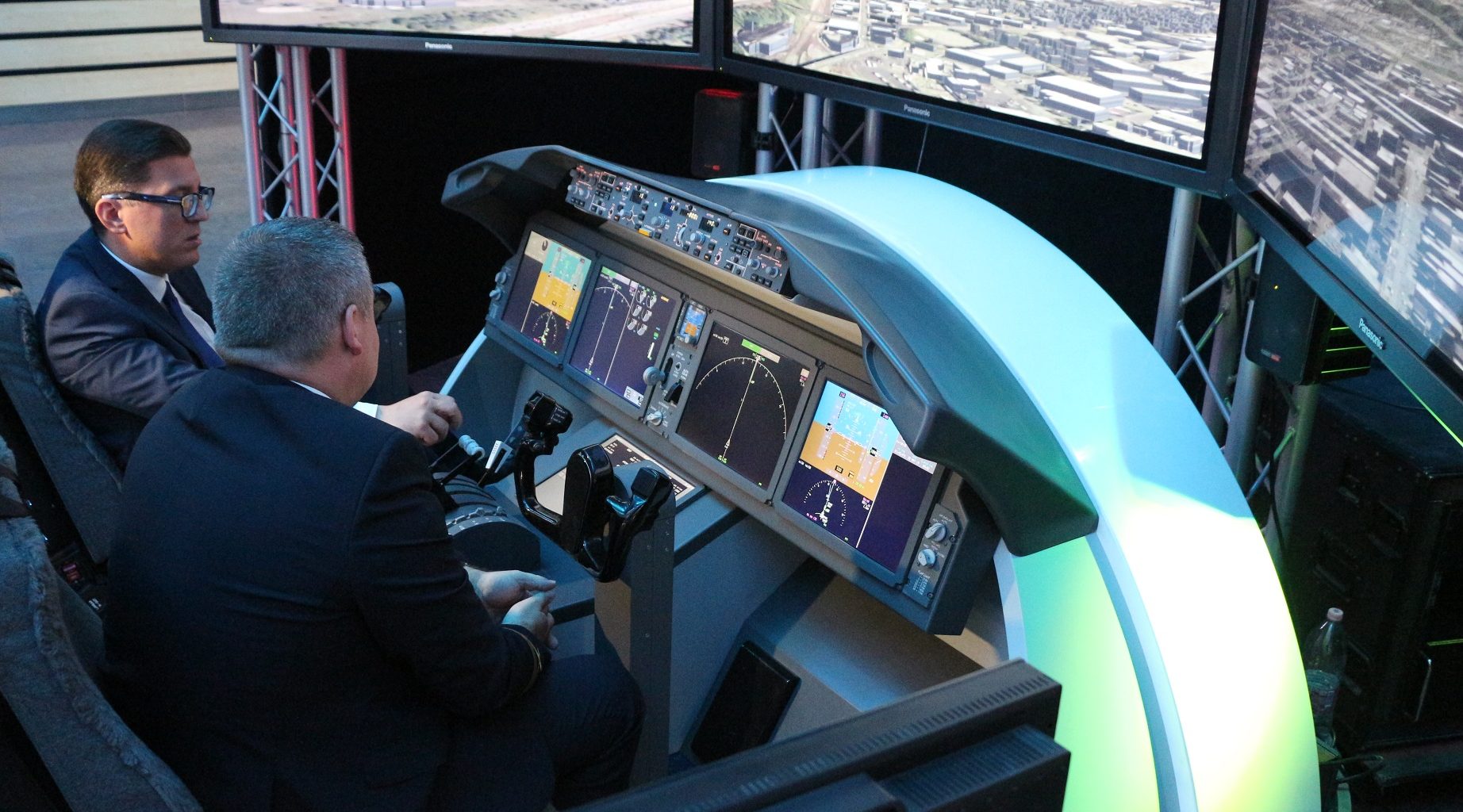 After representatives of the media and tourism professionals, LOT’s modern state-of-the-art Boeing B787 Dreamliner’s simulator is presented to the general public on Wednesday. On this ground-based equipment, pilots can practice in completely realistic circumstances how to resolve critical in-flight situations, thereby also enhancing the safety of aviation.

The first crude simulators already appeared during World War 2 in military aviation, but they owe their current prevalence to the rise of computers. A flight simulator is a fully realistic cockpit installed on the ground used for training would-be pilots; and where active pilots also have to pass an examination every six months. With the spreading of simulators, airlines can save significant amounts, as the cost of operation of a computerized simulator on the ground for an hour is just a fragment of that of real flight in the air, and leaves a much smaller environmental footprint. State-of-the-art simulators are multi-million-dollar equipment; they stand on hydraulic legs and can simulate, up to a limit, vibrations of aircraft as well as various impacts and loads.

LOT Polish Airlines brought its simulator of their most modern aircraft the Boeing 787 Dreamliner which is presented to the public in Budapest by American and Hungarian experts.

On a weekly basis, LOT’s modern state-of-the-art B787 Dreamliners are flying from Budapest to New York and Chicago. The simulator projects the computer-generated ‘landscape’ around the aircraft onto three huge color screens. The instrument panel with its color screens is identical with the actual instruments of the Boeing 787, and also gives the same responses. For licensed pilots, it is mandatory to pass an examination every six months in the simulator to demonstrate how they solve the most difficult situations in flight, including, for instance, landing in stormy weather and landing with a single engine. All this is intended to enhance the safety of aviation.

On flights from Budapest to Chicago and New York, LOT offers Hungarian experience onboard with access to the entertainment system in Hungarian language, traditional cuisine across all cabin classes as well as the local press and the selection of original wines for LOT Premium Economy and LOT Buisness class. To ensure the top quality service, those flights are operated by Hungarian crews.

Dreamliners are still the most technically advanced aricraft in the world.

Composite materials, i.e. carbon fiber reinforced plastic, make up 50% of its weight and 80% of its structure volume. Composites are much more durable, yet lighter than aluminum, resulting in less weight, extended range and lower fuel consumption. What is more, the passengers experience is much higher thanks to larger windows, spacious cabin. Dreamliner has LED lighting and windows with dimming features to reduce jet-lag.The composite airframe structure helps retain higher pressure in the cabin which in turn makes it easier to control temperature and air humidity. That is why the Dreamliner offers an unparalleled comfort compared to competitive aircraft of that segment available on the market.

In total LOT has 14 B787 Dreamliners of version 787-8 and 787-9. By the end of this year, LOT will have 15 aircraft of this type to serve long-haul flights from Warsaw and Budapest base.

“We warmly welcome the presentation of the Boeing 787 Dreamliner aircraft simulator to the Hungarian public and the tourism industry,” said Kam Jandu, CCO of Budapest Airport. He also added, “The Boeing 787 Dreamliner aircraft itself is the most comfortable and environment friendly long-haul aircraft on the market today and we are proud to see it operating between Budapest and New York and Chicago on a daily basis. The simulator gives an insight into the vast array of efforts on the part of airlines and pilots into the safety of aviation.”

“We are glad to have brought this equipment to this presentation in Budapest, since the Hungarian market is particularly important for us. LOT Polish Airlines considers the Hungarian capital its second most important hub after Warsaw,” underlined Adrian Kubicki, Director of Corporate Communications at LOT Polish Airlines. He also pointed out that LOT would continue to recruit Hungarian aviation professionals – they have been employing Hungarian pilots and 80 Hungarian flight attendants on board their aircraft around the world, and they are planning further expansion.