Szemerkenyi was accompanied at the formal event held in a cordial atmosphere in the Oval Office by her husband and three children, on Monday.

In a brief, personal discussion, the ambassador spoke about her main objective to strengthen relations between the two countries. Szemerkenyi indicated plans to explore new perspectives in further strengthening cooperation in areas where it has so far been excellent such as the economy and security policy. She said there was still vast potential in economic relations that must be tapped. In security policy cooperation she noted prospective external threats the two countries must jointly prepare for. Issues where further dialogue is needed must come next, she said.

“It will be an important task to duly consider and discuss every issue raised by either of the sides,” she said.

Szemerkenyi welcomed that her arrival in Washington coincided with the new US ambassador’s arrival in Budapest. 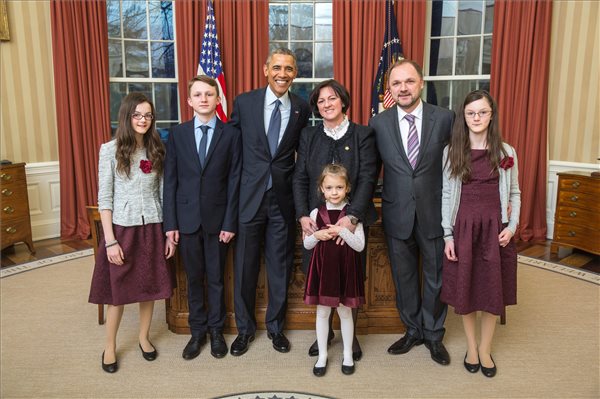 “This could signal a new chapter in bilateral relations” – he said.