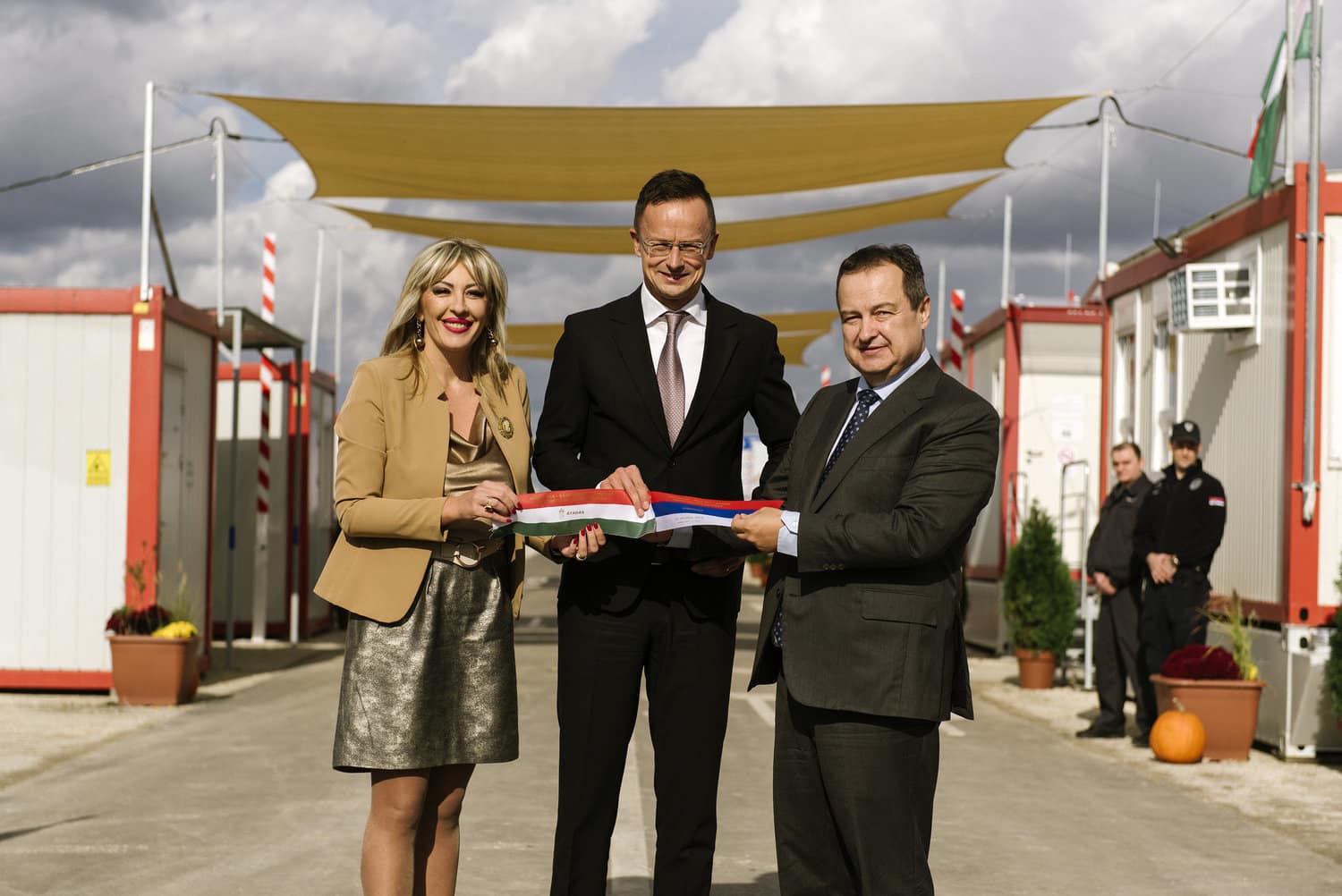 Hungary’s relations with Serbia are based on cooperation and constructive efforts, Szijjarto said at the ceremony. He noted that bilateral relations had been hostile over some periods of history, but have by now developed to an unprecedentedly good level.

The two governments have realised that both countries would be losing out on a bad relationship, Szijjártó said, adding that good relations benefit everybody, Hungarians and Serbians alike, on both sides of the border.

The Hungarian-Serbian border has become well-known in Europe over the past few years, the minister said.

“It was stormed by thousands, tens of thousands of illegal migrants in 2015, violating the sovereignty and laws of both countries,” he said. The task now must be to make sure that nobody can cross this border illegally, Szijjártó said, adding that the swiftest and most civilised entry must be ensured to all those who obey laws.

The minister thanked police officers and soldiers for protecting Hungary’s southern border over the past years, adding that the fence erected there would stay in place to keep illegal migrants out.

The new border crossing is the ninth one along the Hungarian-Serbian border and the fourth one opened in the past few years, Szijjártó noted.

It allows straight crossing for travellers from one locality to the other eliminating the 50 km detour they were previously forced to take, he said.

Plans are afoot for opening another crossing station to connect Hungary’s Baja with Vojvodina’s Zombor (Sombor), upgrading the crossing at Roszke and developing cargo transport logistics at Hercegszanto, Szijjártó said.

Dacic said the new Kubekhaza-Rabe crossing will help regional development benefitting the people of Serbia and Hungary as well.

“Serbian-Hungarian relations have reached historic highs, the two countries have built a strategic partnership and their good neighbourly relations are exemplary in the region and beyond,” he said.

Speaking at the opening, Jadranka Joksimovic, Serbia’s European integration minister, pointed out that the two governments are pursuing policies that serve the interests of their own citizens, including minorities.

The new crossing was built with a 2.3 billion forint (EUR 6.9m) investment with EU contribution.

Szijjártó and Joksimovic later in the day travelled on to Zenta (Senta).

The economic development programme launched for Vojvodina by the Hungarian government in 2016 opened a new chapter in the life of that north Serbian province’s Hungarian community, Szijjártó said.

The Serbian government also approved the programme which has benefitted not only Vojvodina but Serbia and Hungary, too, Szijjártó said.

Under the programme a total of 10,426 contracts have been signed for investment and development projects worth more than 75 billion forints (EUR 226m), the foreign minister said, adding that these projects have created 700 jobs.

Joksimovic said the governments of Serbia and Hungary had in the past years further improved the two countries’ already good relations.

“We can today talk about a strategic partnership,” she said.

The Hungarian government’s support is available to members of the Hungarian community living in Serbia, but since they are the citizens of our country in their own right, the support also strengthens Serbia, Joksimovic said.