The Hungarian Doctors’ Association has conducted a non-representative study about the status of patients treated in the intensive care unit in Hungarian hospitals.

According to Hellómagyar, the Association has examined the case of 125 patients to conclude the following data.

What are the conditions of the examined 125 patients?

What is the distribution of the examined 125 people in relation to their vaccination status?

They also said that people who have received their vaccination and are in the hospitals are usually people born in the 1930s and 1950s.

What vaccines did the people who were administered to hospital care get?

Dr Gábor Zacher, a toxicology specialist, says that, unfortunately, Hungary is in the 5th worst place in terms of Covid deaths per 1 million capita. This could be due to the overall bad health of Hungarians.

On a different note, Hungarian research found that anti-depressants could help mitigate the symptoms of patients who have serious pneumonia caused by the coronavirus.

Index writes that the research was conducted in the Semmelweis University’s teaching hospital on Uzsoki Street back between March 17 and April 22. During that period, the medical experts examined 269 patients. The patients, on top of normal care, received direct treatment against coronavirus (favipiravir, remdevisir and other medications).

The research found that the mortality rate of the group who had received fluoxetine significantly – 70%, to be exact – decreased.

The finding of this Hungarian research seems to correlate with international data of Stanford and California universities that show that certain anti-depressants, such as fluoxetine, could bolster our defences against the coronavirus pandemic. 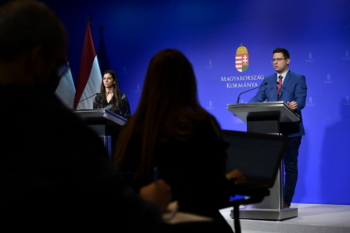 Read alsoImportant changes to come in immunity certificates in Hungary!