Hungary’s national flag was hoisted in front of the Parliament building on Wednesday, in a state commemoration marking the anniversary of the anti-Soviet revolt which started on October 23, 1956.

The ceremony was attended by House Speaker László Kövér, government members, leaders of the military and state organisations, and diplomats.

During the day, a series of commemorations will be held across the country and in Hungarian communities abroad to pay tribute to heroes of the failed revolution and freedom fight.

In the evening, Prime Minister Viktor Orbán will speak at the Academy of Music, while the traditional “Freedom concert” will conclude the events at the Millenaris Park. 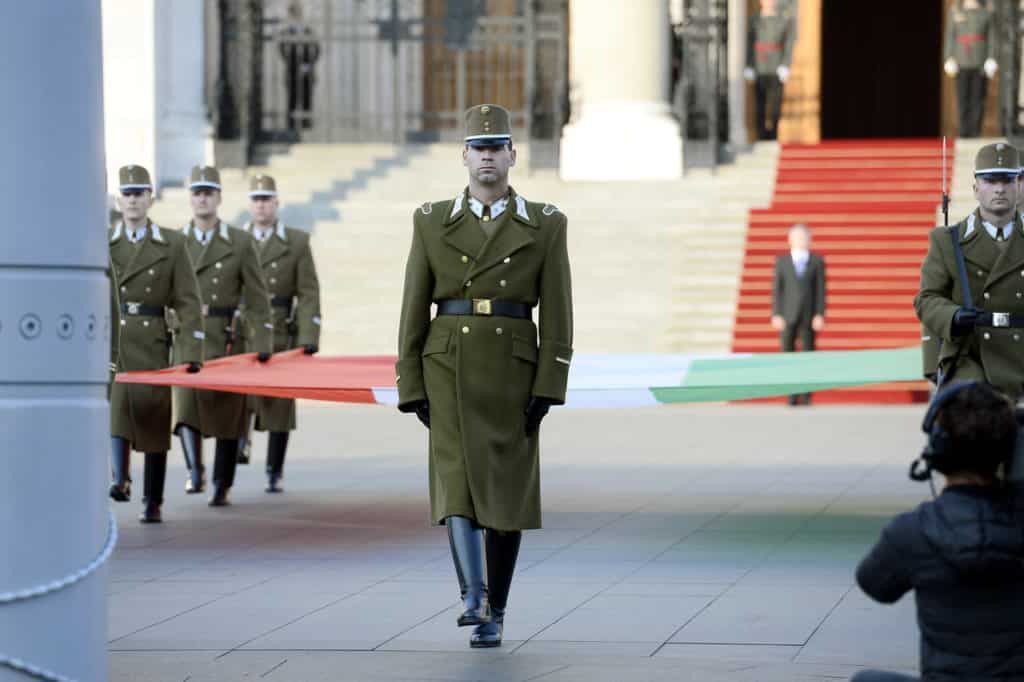 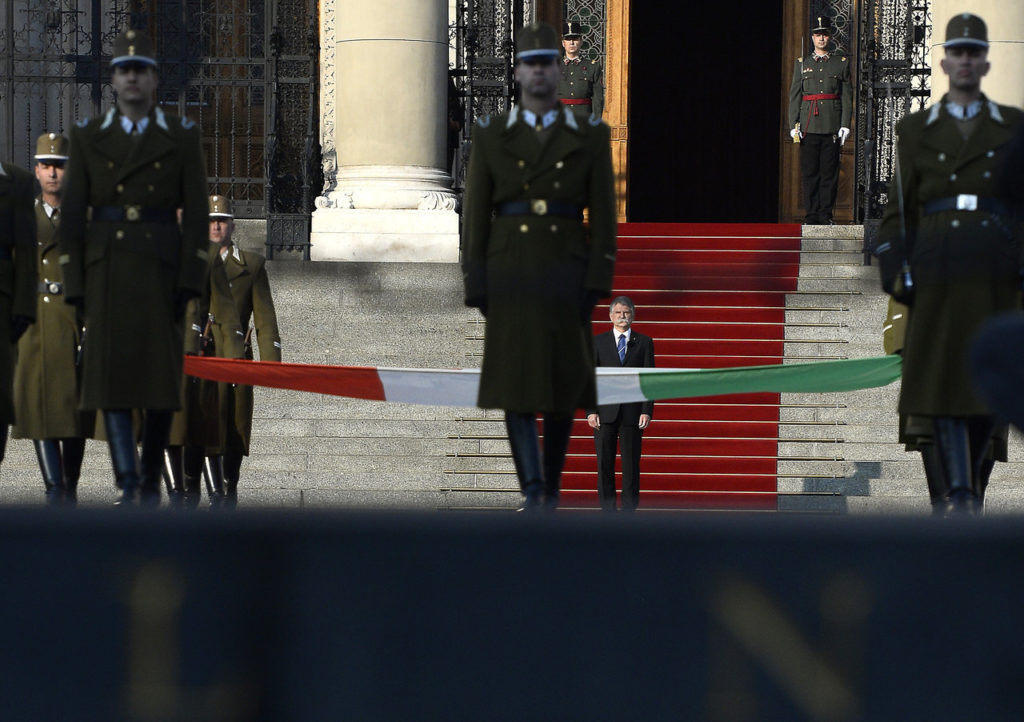 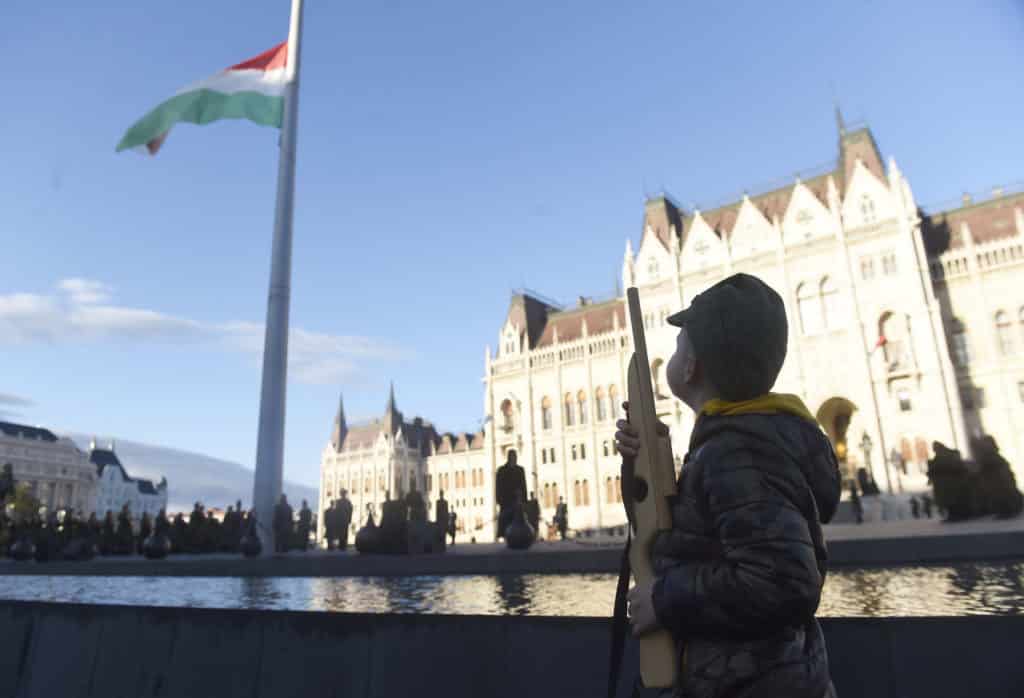 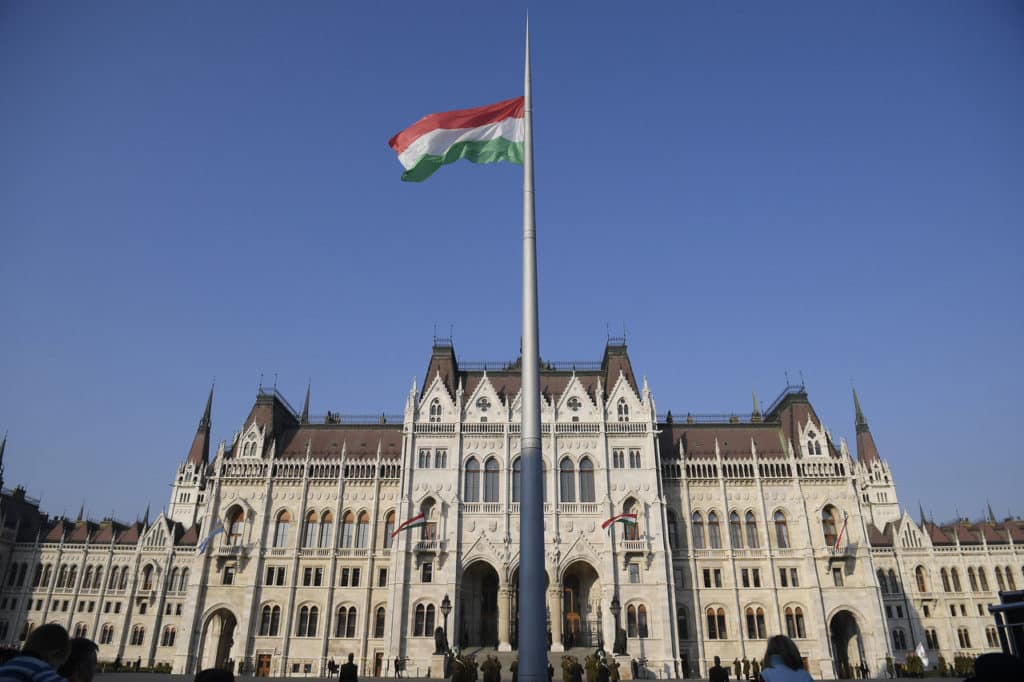 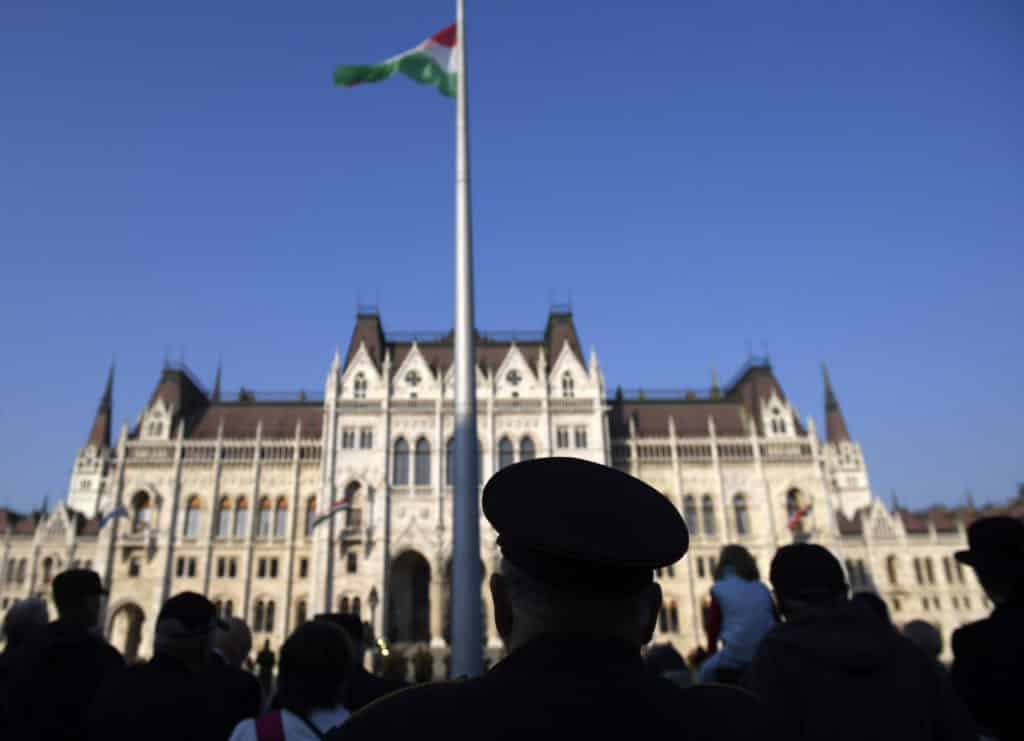 As we wrote yesterday, commemorations started with the traditional torch-lit march to Bem square, photos HERE.

Budapest then and now – photos, video of the 1956 revolution vs nowadays