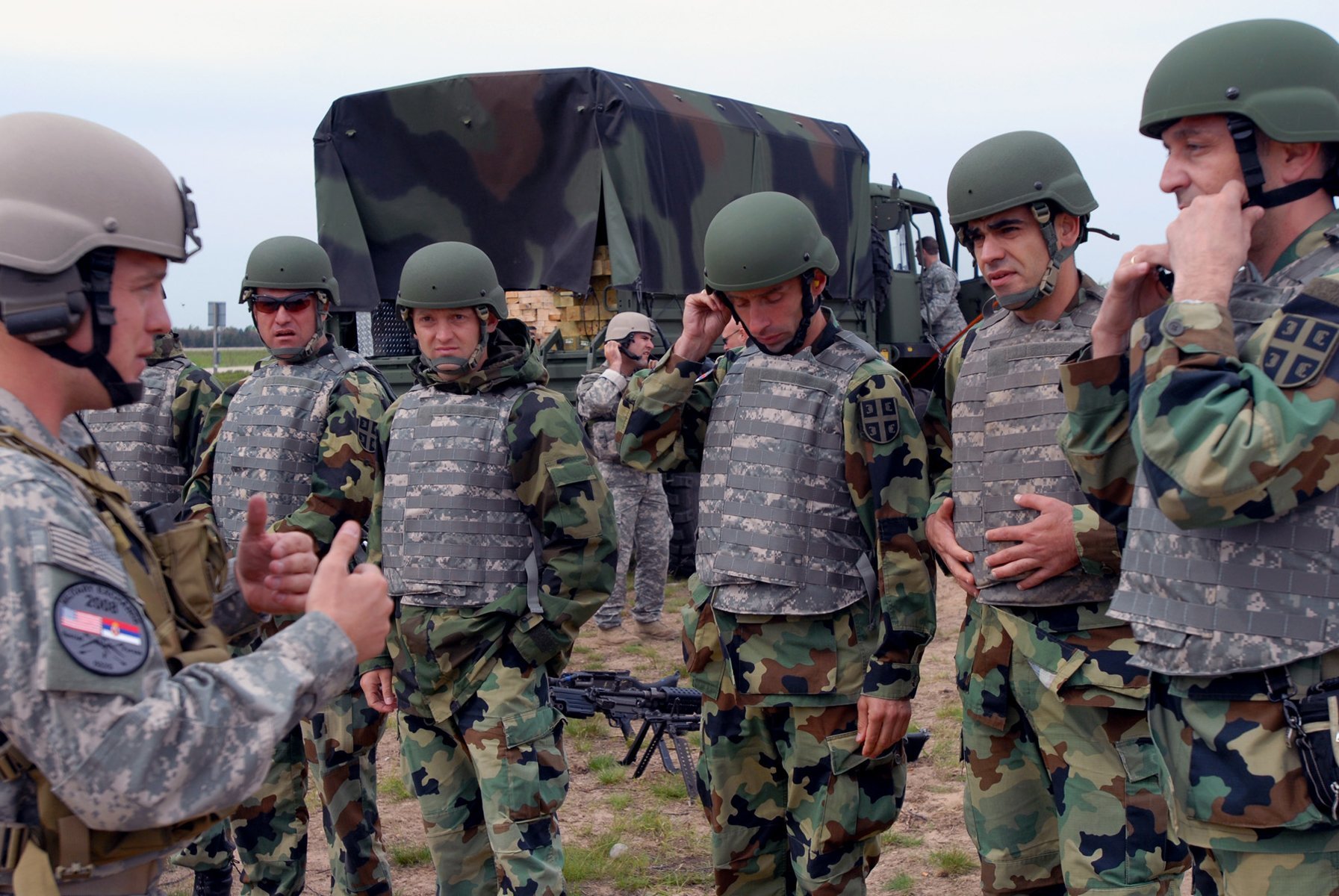 An Ohio National Guard Special Forces Soldier briefs the 63rd Parachutist Battalion, Special Forces Brigade June 12 on a Camp Grayling, Mich. firing range. The soldiers were participating in the National Guard Bureau State Partnership Program (SPP) between Ohio and the Republic of Serbia. The Serbian soldiers will train with Company B, 2nd Battalion, 19th Special Forces Group for two weeks on mission planning, weapons systems and demoing among other tasks and skills. This training is the second half of the State Partnership Plan developed in fall of 2006. In September of 2007, U.S. Special Forces traveled to Serbia to familiarize with Serbian military operations. (Ohio National Guard Photo by Spc. Eunice Alicea Valentin)

Bartman took over command of the guard in March, 2015 and is paying a several-day visit to Hungary at the invitation of Hungarian army chief Tibor Benko, the ministry said in a statement.

Bartman and the minister discussed the possibilities of further developing cooperation that began more than 20 years ago between the Hungarian army and the Ohio Guard.

They also discussed measures taken by the Hungarian government including defence measures in response to the migration crisis.

The meeting was attended by US Ambassador Colleen Bell and Benko.