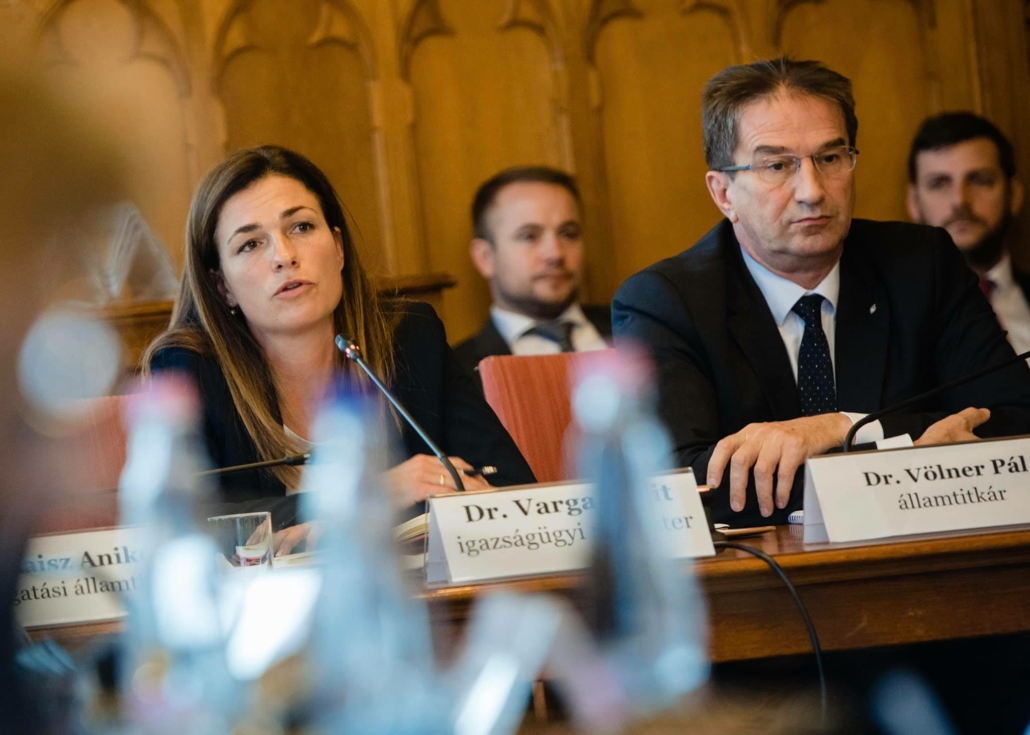 As we wrote today, Pál Völner, the state secretary of the ministry of justice, has resigned after the chief prosecutor’s office asked parliament to lift his immunity so he can defend himself against charges of receiving bribes on a regular basis.

Parbeszed deputy group leader Olivio Kocsis-Cake called the affair “the most serious corruption scandal of the government”, saying that it involved a state secretary who “had ordered the surveillance of persons”.

“Varga’s role should also be assessed because it was her who authorised the state secretary’s actions,” he said.

the case demonstrated “how thoroughly corrupt [ruling] Fidesz’s regime” was.

Jobbik lawmaker Tibor Nunkovics called on Völner to resign from his mandate in parliament and DK lawmaker László Szakács described Volner “as a key player in the Pegasus affair”.

Varga had to resign because she should take responsibility for what had happened in the ministry.

Ruling Fidesz responded as saying that the opposition left “showed no sign of being ready to clarify the corruption surrounding the sale of Budapest City Hall and other cases of corruption”. It said in a statement that Gergely Karácsony, the mayor of Budapest, “had been hiding away” for weeks from clearing the affair while “it has become clear that there is a mafia operating in the City Hall”.

The ruling parties will support lifting Völner’s parliamentary immunity because the state secretary “has to clear himself”, Fidesz said.

Karácsony said a screening committee had to be set up in order to assess the systemic problems in connection with the “often cruel and inhumane” execution of claims included in court decisions. Karácsony, who is also co-leader of Párbeszéd, said on Facebook that

the committee must also reveal if there were any political ties involved in the case and assess the reasons behind “the outstandingly large number of forced evictions under the Orbán government”.