Orbán: Brussels has “messed up” the procurement of coronavirus vaccines

Brussels has “messed up” the procurement of coronavirus vaccines, Prime Minister Viktor Orbán said on Sunday, adding that Hungary “would be in big trouble right now” had it not ordered more jabs from the East.

Whereas Israel is “nearly done” vaccinating its population and the United Kingdom has inoculated 30-40 percent of its people, the average vaccination rate in the European Union stands at 6.8 percent, the prime minister told public broadcaster Kossuth Rádió.

“This is a clear indication that something is not right,” Orbán said.

“And this is not a political issue or accusation, nor any kind of antipathy towards EU or Brussels bureaucrats, but facts. This is how it is: they’ve messed up.”

These past weeks, the quantities of vaccine shipments ordered by the EU have either fluctuated or were not being delivered at all, he added.

Asked about plans by Austria, the Czech Republic, Slovenia, Bulgaria and Latvia to convene an EU summit on the distribution of vaccines, Orbán said the Austrian chancellor was right to want to discuss the matter.

“Something’s not right,” he said, noting that member states had agreed that vaccines would be distributed proportionately, but it was not being done this way. “We’re seeing some countries get more and some less.”

Orbán said that had Hungary not ordered 3.5 million vaccines from China and Russia, with which it has now inoculated 500,000 people, “we’d be in big trouble right now.”

In a Facebook post, Menczer cited unconfirmed reports of health authorities in the UAE administering a third dose of the Sinopharm jab to eight people after it was discovered that the two doses they had received had not generated enough antibodies.

He said there would always be vaccine recipients who do not develop a strong enough immune response to the jab they receive. “It has been roughly the same amount in the case of the Chinese vaccine as in those of the so-called Western vaccines,” the state secretary said.

“All they’re doing in the UAE now is giving these people another vaccine dose,” Menczer added.

He said some 6 million people in the country had been administered Sinopharm, adding that the jab had so far been shown to be 100 percent effective in preventing serious Covid-19 cases in Abu Dhabi, the capital.

“That’s a higher effectiveness rate when it comes to severe cases that what we’ve seen from Pfizer in Israel,” he said. 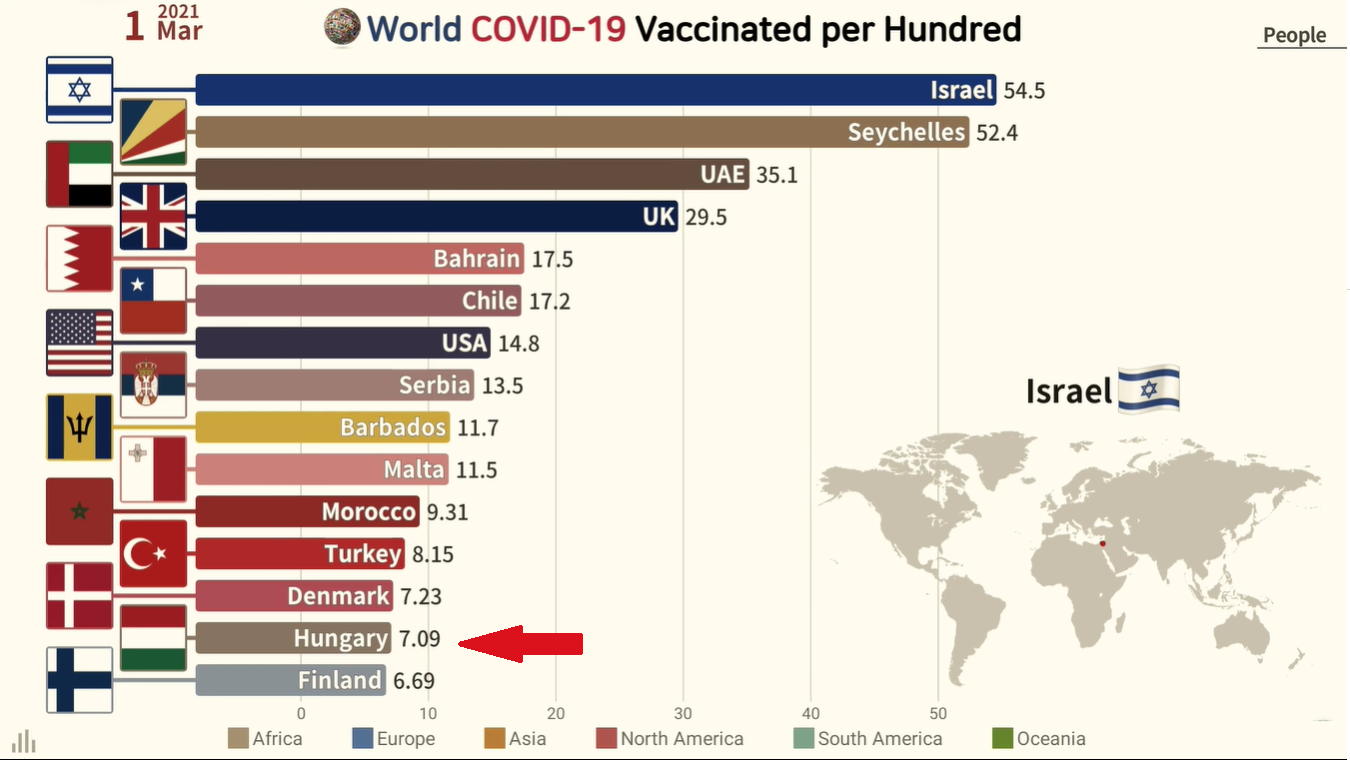