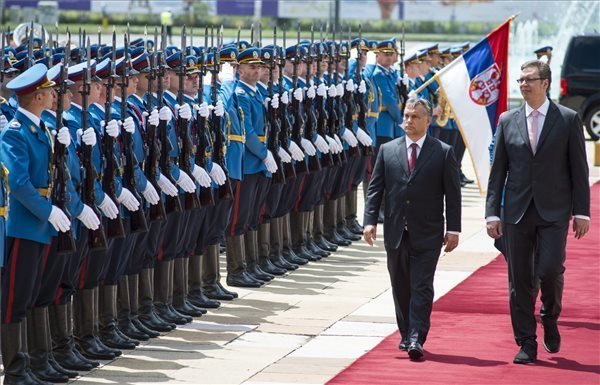 Nikolic expressed thanks to Orban for Hungary’s assistance during and after the heavy flooding that hit Serbia in May.

The two sides said that over the past centuries the two nations had been bound by a common struggle against great powers. They agreed that conflicts during the second half of the 20th century should be left to memory, and the two countries should rather focus on their common future. 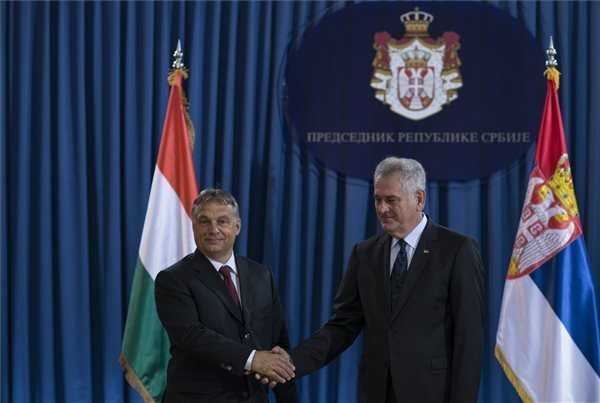 Nikolic said the ethnic Hungarian minority of Vojvodina served as a link between the two nations. He emphasised that maintaining good relations is a common interest.

“We, politicians, are aware that there’s no problem-free situation … EU membership entails many advantages but one should be aware of the existence of problems as well,” he said.

Adopting a “special model”, Hungary has managed to “escape from the economic crisis” — an attitude that has generated conflict, but proved to be “good and realistic,” Orban said.

In the afternoon, a Serbian-Hungarian government summit will be held with the participation of Orban, Tibor Navracsics, the foreign minister, Sandor Pinter, the interior minister, Csaba Hende, the defence minister, and Miklos Sesztak, the national development minister. During the meeting, the two delegations are scheduled to sign bilateral agreements.