They wanted to kill PM Viktor Orbán, Chief Medical Officer Cecília Müller, and even opposition leaders like Klára Dobrev. The public prosecutors say that planning to kill public figures is a crime against the state.

As MTI reported on Tuesday, two leaders of a group calling themselves the Responsible National Government of Hungarians are charged with committing a crime against the state. The suspects were taken into custody because it appeared that they were making preparations to carry out assassinations, the prosecutor said in a statement. The suspects drafted a self-styled “new constitution” and operated a semi-secret organisation via social media, according to the charges.

In addition, members of the group attending meetings in person and on the internet were urged “to assassinate public figures”.

According to Magyar Nemzet, Áron K. and Imre Posta of the ultraradical, far-right, and anti-Semitic group

According to the prosecutors, they prepared not only for murder but also for forcibly altering the constitutional order. According to the Hungarian criminal code, the former’s penalty is 1-5 years in prison while the latter’s is 5-20 years or even life imprisonment.

Based on media information, the group assembled lists of public figures they wanted to kill. At their meetings, they named the people and published the lists. However, they did not start preparations for the assassinations. If the latter had happened, they should probably expect a life sentence. The court ordered their pre-trial detention for 30 days because of the severity of their planned actions.
In the group, Áron K.’s task was to reorganise the state’s new judiciary system, while Imre Posta would have done that in the executive branch. The suspects wrote a new constitution and

spread their views on social media.

Imre Posta (52) graduated as a chemical protection engineer and acquired a degree in Psychology in 1998 at the University of Debrecen. He served as a soldier for years, worked there as a company commander, psychologist, and laboratory leader. In 2006, he was dismissed with immediate effect from the Hungarian Executive Protection Service. 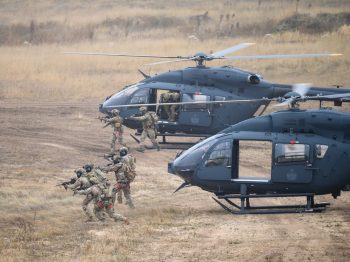 Read alsoCheck out some astonishing photos taken of the Breakthrough 2021 military drill!