One of the capital’s most beautiful bridges will become a pedestrian zone for the third time this summer, szeretlekmagyarorszag.hu reports. When the bridge was first closed down for car traffic three years ago, nobody suspected it would make Liberty Bridge the most popular and atmospheric “pop-up hang-out spots” of Budapest – now it seems like city officials realised its potential for a more livable and breathable city.

Alexandra Szalay-Bobrovnicky, deputy mayor, announced on Wednesday that the Liberty Bridge is to become a car-free zone for four weekends this summer, between 14 July and 5 August. Speaking at a press conference about summer events on the Danube, the mayor mentioned the grassroots organising that started the so-called Szabihíd project (Szabihíd being a diminutive of Szabadság híd, meaning Liberty bridge) back in 2016, when the bridge was closed due to the reconstruction of Buda tram lines for a whole month.

It was amazing to see how quickly the abandoned bridge became the most popular hang-out spot of locals, who, having tired of the stuffy city center around Deák tér and the seventh district, were drawn to the new location, that offered soothing, chilly wind, beautiful sunsets and late summer night conversations with a can of beer or a bottle of wine.

It was VALYO (Város és Folyó Egyesület, or City and River Association) who started campaigning last year to have the city administration close down the bridge again, and they were successful, having won for car-free weekends for the city dwellers, as we have also reported. Last year, events included concerts, yoga, concrete painting, dance flashmob, movie screening, and theatre performance, turning the Liberty Bridge into a real island of liberty in the middle of the Danube. 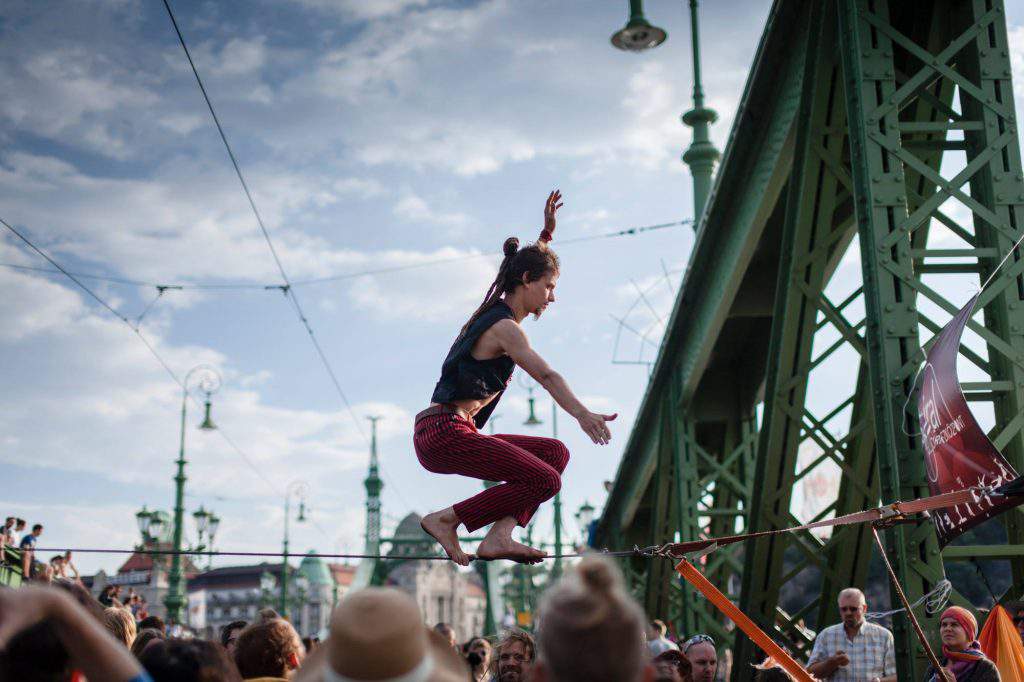 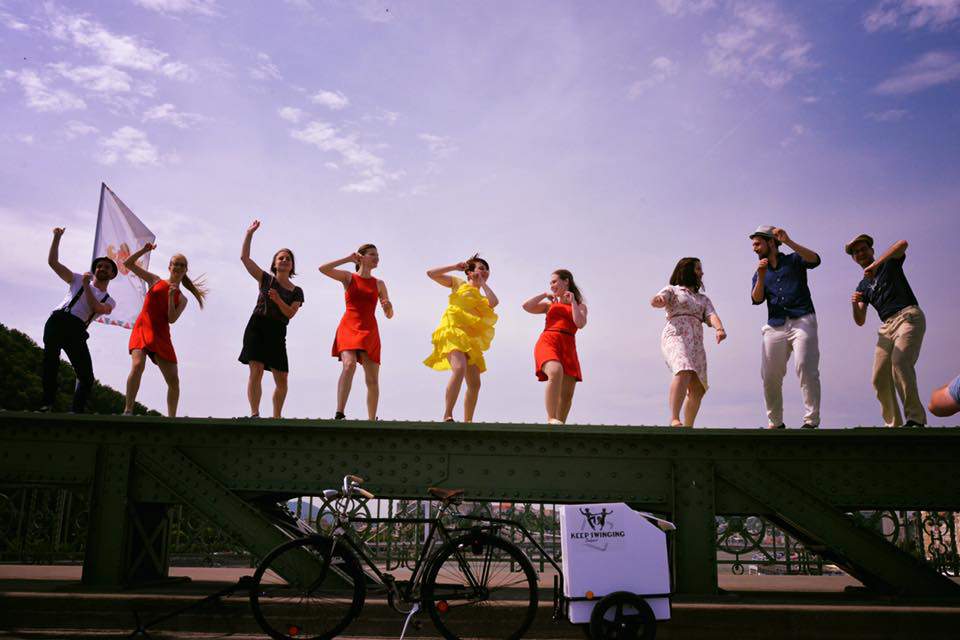 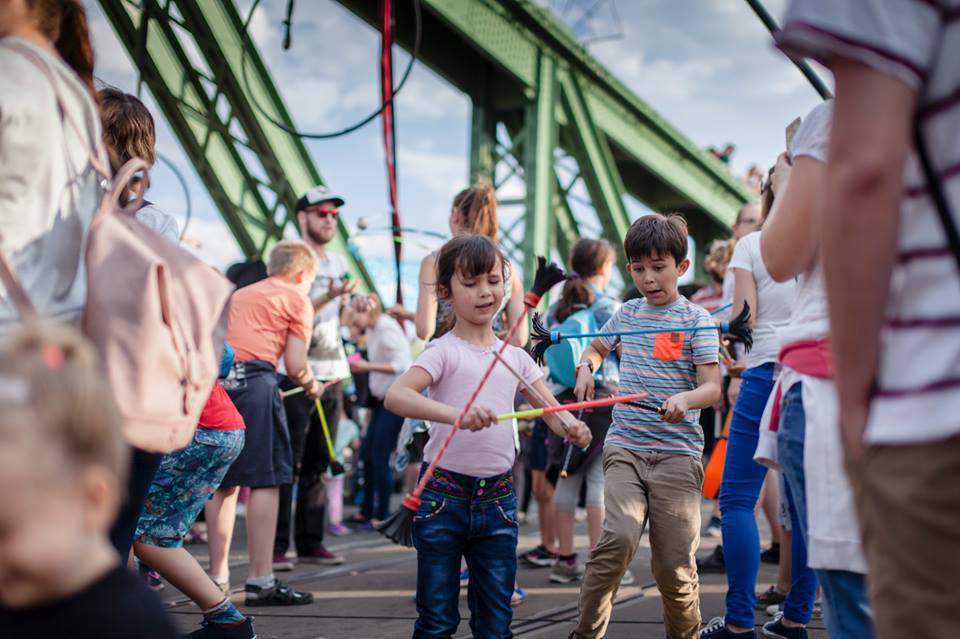 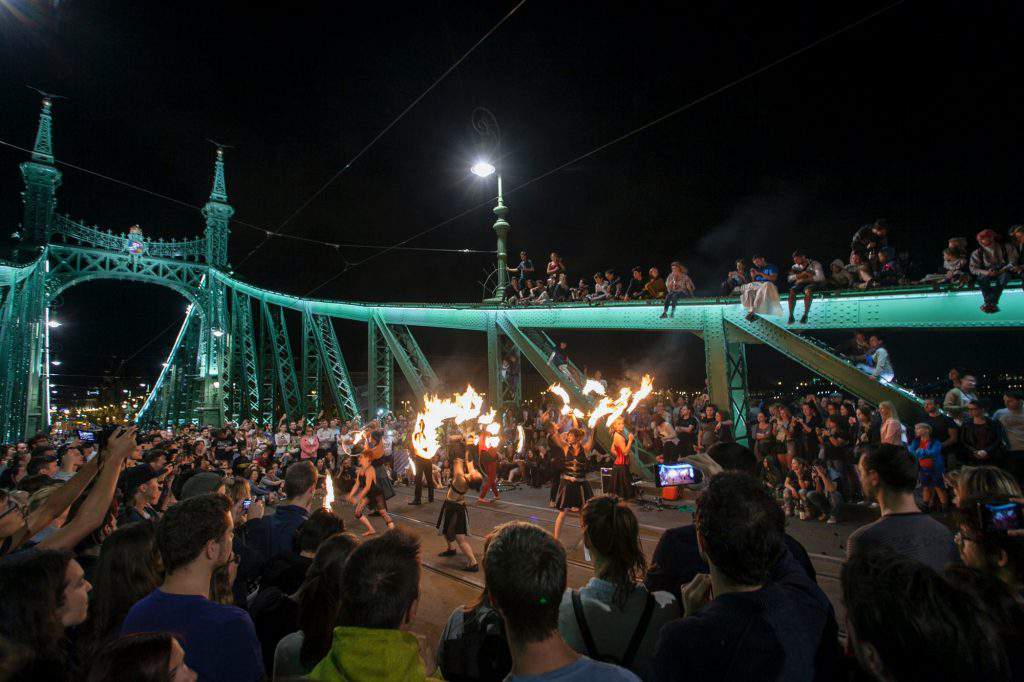 Nothing attests better the popularity of Szabihíd that Hungary’s entry at this year’s Venice Biennale (held between 26 May and 25 November) is a recreation of the free Liberty Bridge space, with a project entitled “The Bridge of Liberty – New Horizons in the City”, as hvg.hu wrote.