Pensions are to be raised 5% to counter record-breaking inflation

Pensions will rise by 5 percent next year, thus avoiding a retroactive change to match higher-than-expected inflation, the minister for families said on public radio on Sunday.

Katalin Novák noted that pensions are indexed to inflation to protect the purchasing power of pensioners. If inflation is higher than the target, compensation for the increase is paid out retroactively, as it was this year, she said on Kossuth Rádió.

As inflation is higher than expected this year, the government has brought forward the pension rise to match next year’s inflation, she added.

read also: Never was inflation this high in Hungary in the last 14 years

Hungary’s economy is growing thanks to the decision of many people to look for work even during the depths of the coronavirus crisis, she said. Parents raising children are getting a rebate on their personal income tax taking into consideration this difficult period, she added.

The government’s policy is based on allowing people who take on a larger part of the shared tasks to reap a larger return, Novák said. That is the basis for the personal income tax exemption for under-25s and the payment of the full, annual pensioners’ bonus, she added.

She said Hungary’s 2.5 million pensioners will get their annual bonus – raised by 5pc because of the inflation indexing – in February.

While the opposition may call this “throwing money away”, she said “putting more money in the pockets of working Hungarians is the best investment”, adding that it is the government’s job to give back to working Hungarians through tax reductions, tax rebates and family subsidies. 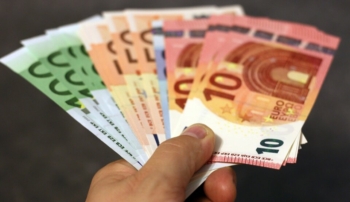