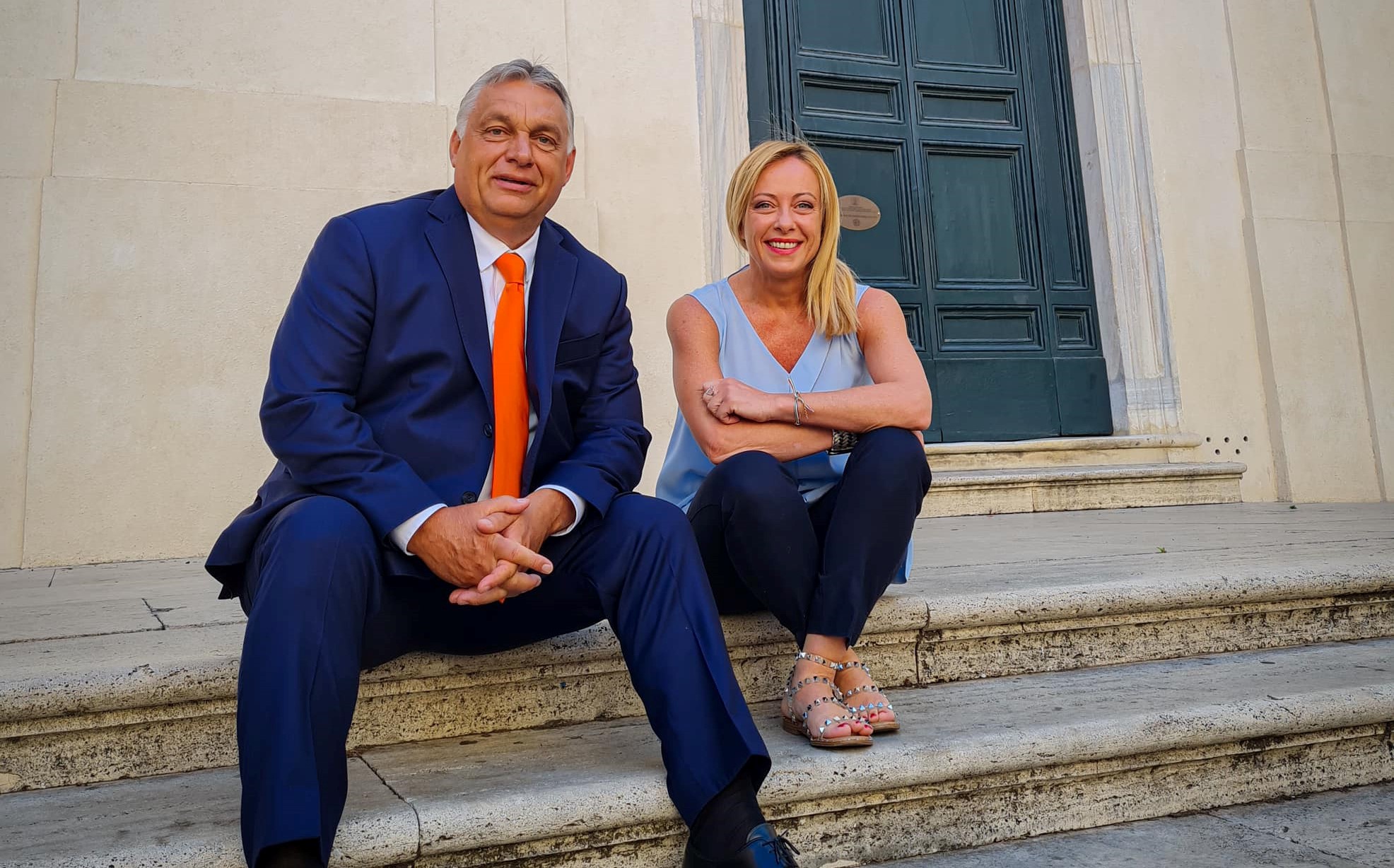 Prime Minister Viktor Orbán has met Giorgia Meloni, the leader of the Fratelli d’Italia party, to discuss the situation of the European right and the increasing threat of migration, the prime minister’s press chief said on Saturday.

At the meeting in Rome, Orbán and Meloni agreed that one of their main aims was to restore the European right’s position as the greatest political force in Europe, Bertalan Havasi said.

Orbán and Meloni also discussed the collapse of the system in Afghanistan and a growing migration pressure it is anticipated to trigger.

Rather than accepting masses of migrants, the solution would be to provide aid locally, the two politicians agreed. European countries will have to withstand growing migration pressure from multiple directions, they warned.

Prime Minister Viktor Orbán has travelled to Rome to attend the annual meeting of Catholic legislators.

The 12th annual conference is being organised in the Italian capital and the nearby city of Frascati, Bertalan Havasi said. Orbán, accompanied by Family Affairs Minister Katalin Novák, is heading a large delegation participating in the event over the weekend, an official of the Prime Minister’s Office said in a message posted on Facebook on Friday afternoon.

Balázs Orbán said that the meeting would bring together Catholic legislators, government representatives, leaders of civil organisations and church leaders from around the world.

Topics on the meeting’s agenda include the current situation of Christians and their persecution in the world,

developments in Afghanistan, migration, the digital boom and challenges posed by gender ideologies, he said.