Budapest, April 20 (MTI) – Public school teachers on Wednesday morning began a full-day strike after the teachers’ strike committee failed to reach an agreement with the government earlier this week on teachers’ demands.

Although the strike committee and government representatives recently moved closer to an agreement on most of the teachers’ 25 demands, the sides have so far failed to reach a deal on the reduction of the number of teachers’ compulsory classroom hours and administrative burdens, wage increases, a free choice of textbooks or the reduction of the burden on students.

In line with the strike law, schools must ensure the appropriate supervision of students and teachers not participating in the strike are to report for work as normal.

The government-initiated public education roundtable met several times over the past few months to discuss ways to improve the running of public schools but the teachers’ strike committee, made up of teacher union PSZ, the Union of Education Leaders and the Union of Hungarian Public Education and Training, has stayed away from those talks.

Wednesday’s day-long strike is the third in a series of larger protest actions from teachers in recent weeks against the state of Hungary’s public education system.

On March 30, the Tanítanék (I want to teach) teacher movement organised a one-hour civil disobedience protest which saw teachers and the movement’s supporters gather in front of their respective schools to express their dissatisfaction with the education system.

As we wrote, Monday’s meeting of the public education roundtable resulted in an agreement between the government and the meeting’s participants on two one-time 35,000 forint (EUR 113) bonuses for teaching assistants later this year and a 10 percent pay rise in 2017. The wage hike would be made up of a guaranteed 7 percent increase while schools would have the option to grant the remaining 3 percent.

Human resources ministry state secretary Bence Rétvári told commercial television TV2 on Wednesday that teachers’ wages will increase by 3.5 percent both this coming September and next year in line with the teacher career model. Next year’s budget allocates an extra 100 billion forints towards education, he noted. 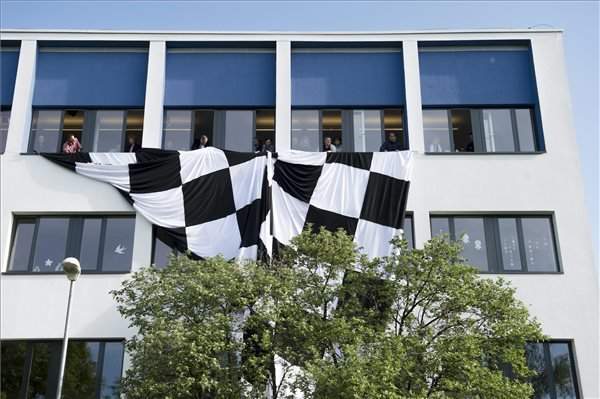 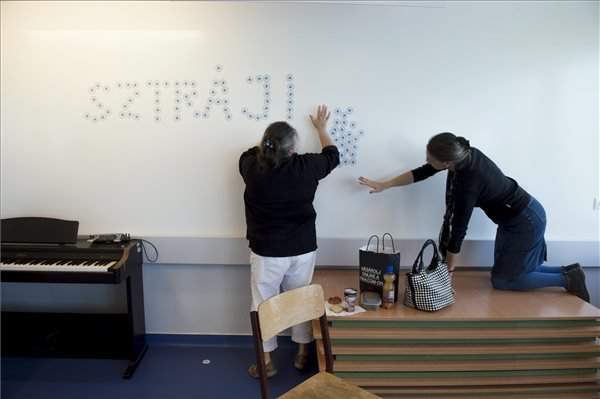 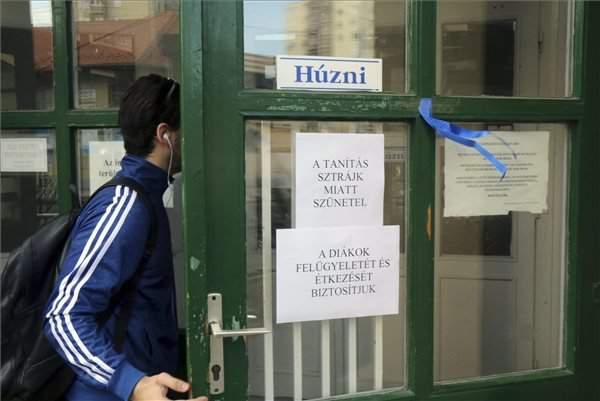 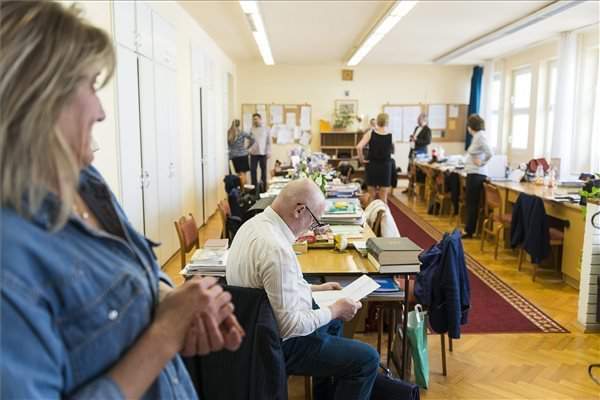 Politicians and activists of the Socialist Party expressed solidarity with teachers in front of the Parliament. Party leader József Tóbiás told a press conference that the strike was about common goals and solidarity, and those in power must not be allowed to threaten those who joined the strike. Eleven trade unions and civil organisations in other sectors have also joined the strike, which Tóbiás said clearly demonstrates that the issue concerns more than the situation of education.

The LMP party said schools serve the future generations and not the government, and called on the cabinet to handle Hungarian educational institutions in that spirit. Máté Kanász-Nagy, party spokesman for youth affairs, said the government failed to understand at all any of the events that surrounded the issue of education in the recent past.

The Democratic Coalition (DK) expressed solidarity with the teachers and welcomed their “nationwide” strike which shows that the Orbán government “cannot go against the will of Hungarians any longer and kidnap their future”. The party called on the government to stop threatening teachers who participated in the strike.

The Együtt (Together) party said the government “tries to mislead” teachers by “lying” to them when pledging to provide 100 billion forints in central funding for public education, promising teachers broader freedom in setting the curriculum and school directors broader scope of financial management. It was unacceptable that some mayors for ruling Fidesz “threatened” teachers who participated in the strike with legal consequences in their employment, a party official said.

Ruling Fidesz said in response that the majority of teachers realised that they have been used by the opposition for political purposes which is why only one-fifth of them joined the strike. The party said that while the previous Socialist governments had reduced public education funding and cut teachers’ wages, the Fidesz government continued to increase funding, took over managing schools and implemented the largest wage increase for teachers so far.