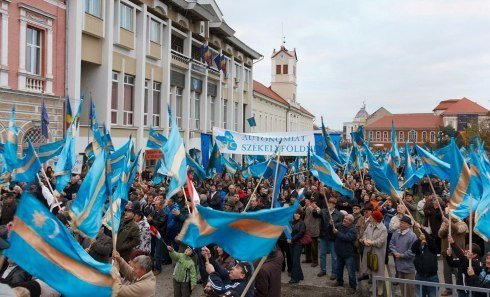 Spokeswoman Monica Daibog declined to name the people affected and said the ministry had initiated declaring them persona non grata by a court.

In response to a question about Jobbik leader Gabor Vona, she said criminal proceedings were under way against him.

She said the Hungarian authorities would be contacted to inform the banned persons.

Romanian President Traian Basescu called for banning Jobbik leaders and party members from Romanian on Tuesday after a protest for Szekler autonomy held in Marosvásárhely (Targu Mures) on the day before. Prime Minister Victor Ponta on Wednesday said that Romania cannot prevent members of a particular party who are EU citizens from entering Romania, but it can ban a particular person.

Vona was among the participants at the demonstration.

Hungary will study whether EU fundamental laws and Romanian legislation mandate a ban and to what extent, the press chief of the Hungarian foreign ministry said. Hungary will be able to give a response as soon as Romania discloses the identity of the persons in question, Gabor Kaleta said.