Shocking! Here is why a Hungarian Islamist planned mass murders in Hungary

He wanted to intimidate Europe and even found had a partner in crime to execute his plan.

A 22-year-old Hungarian man is charged with planning a terrorist attack. The man has been converted to Islam in Budapest. In 2021, he became the supporter of the Islamic State. He also made a vow to be loyal to an Islamic organisation.

Sonline writes that the man even made a flag that looked exactly like the organization’s flag. He put it on the wall of his room. He also displayed an English text that expressed his vow to be loyal to the Islamic State. He wanted to commit a terrorist attack. He started to research it online and aimed to find targets. Blikk writes that he man communicated with people online about acts of terror. 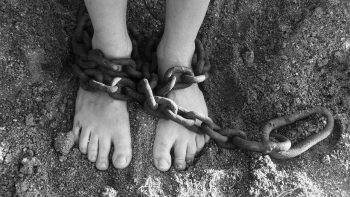 Read alsoShocking! Hungarian grandmother on the brink of death found in a basement in Slovakia – 18+

One of the users told him how to make a bomb, while another one agreed to be his partner in crime. The Hungarian man comes from a decent family. His father is a lawyer. The 22-year-old man studied at a piarist high school, and then he went to university. He was caught at his father’s house. At that time, it was believed that the duo would use the bomb in Puskás Arena at the Football European Championship. Their goal was to intimidate Europe.

In May 2021, the Hungarian man, who was only 21 at that time, asked a user online on how to make a bomb. Based on the instructions, he ordered the necessary tools. At the end of the month, he also began communicating with another person online who agreed to be his partner in crime.

The Hungarian man’s plan was to drive into the crowd while his partner would have used a bomb during a football match in Budapest. On 1 July, the Metropolitan Investigation Prosecutor’s Office (Fővárosi Nyomozó Ügyészség) and the Counter Terrorism Centre (Terrorelhárítási Központ) put an end to his plans when they caught the two men.

The Metropolitan Investigation Prosecutor’s Office (Fővárosi Nyomozó Ügyészség) charged the man with preparation of a terrorist act committed in a terrorist group. Prosecutors initiated that the man should be sentenced to prison. The prosecution asked for the exclusion of the possibility to be on parole. The Hungarian man is currently in custody. As of now, we do not have any information about his partner in crime.

The man was a member of the Muslim Youth Society (Muszlim Ifjúsági Társaság). President of the Muslim Church in Hungary said that he was only on their mailing list. -wrote Index in the past. The Hungarian man also used a Muslim name on social media. His former high school classmates knew him as a smart, but quiet person. A former classmate said that he did not have many friends. People could mainly talk with him about football. The former classmate added that he grew up in a religious household. 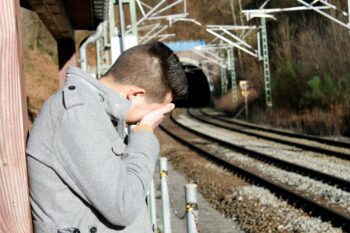