Lukács told MTI that he had arrived at the building at 6am, but the entrance was “blocked by 15-20 people, pumped up and bald”. The group claimed to be “applicants”, too, Lukács said, and suggested that the “aggressive provocation” had been organised by the government to thwart the Socialist referendum proposal.

Lukács and Istvan Nyakó, another Socialist deputy, were waiting for a supreme court Kúria decision to throw out an earlier referendum initiative concerning the contested Sunday ban. With that move, a new referendum could be proposed, the first submission coming before the Election Office.

Once the Kúria decision arrived, however, the Socialist deputies found that their submission had been preceded by proposals by two private individuals.

Nyakó filed a complaint against the procedure. 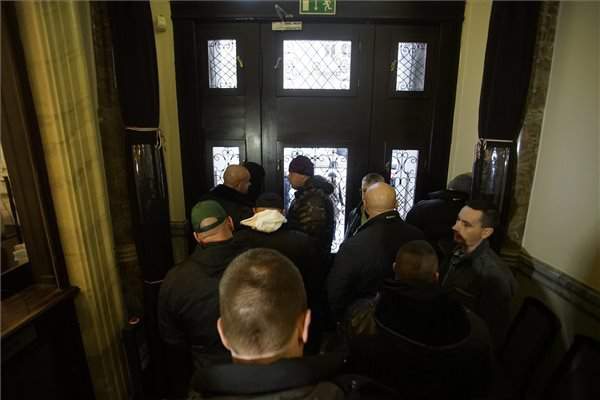 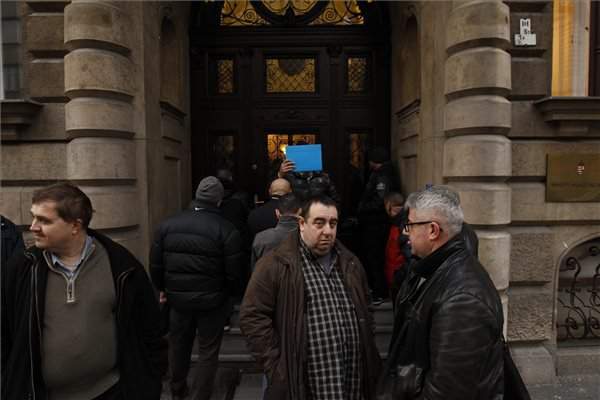 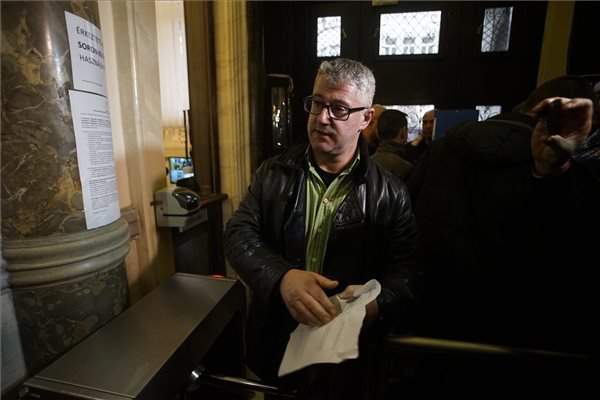 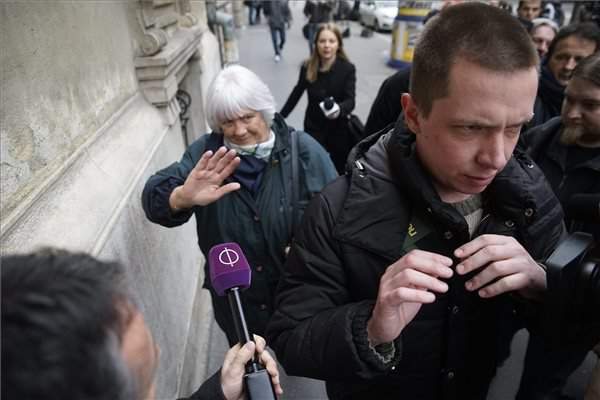 The opposition Dialogue for Hungary (PM) party demanded that the authorities ensure the operation of democratic institutions. In a statement, PM called it “scandalous” that “one should fight with pumped up bouncers” before they could exercise their democratic rights. “The government appears to be terrified of facing voters and will not be deterred from any means to thwart free expression,” PM said.

The main question: who are these “pumped up and bald” guys? The answer is simple, they are FTC’s security men. The FTC football team’s chairman name is Gábor Kubatov who also has been party director of Fidesz since July 1, 2006.

You can see one of this guy in the video (right side). He is also FTC’s security man. 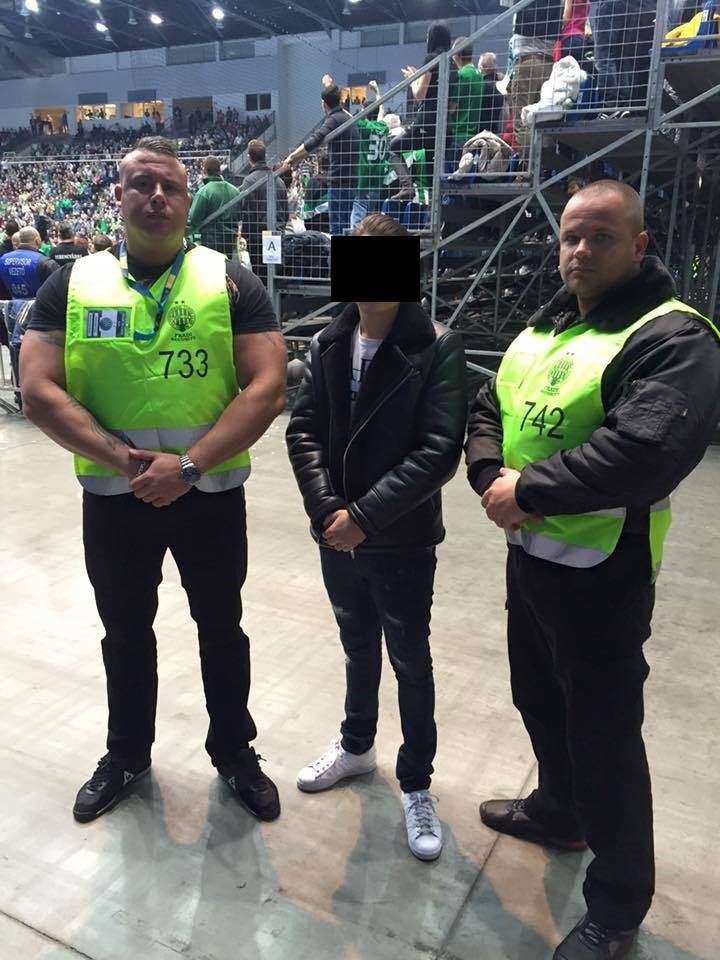 The Jobbik party said it demands answers from the government and Fidesz about what happened in front of the Election Office. Lawmaker György Szilágyi said the incident was not just about the Socialists not being able to submit a referendum question, but also about Fidesz “feeling like it can do anything”. Szilágyi said Jobbik wants to know how much the people involved in the incident were paid and from what sources, as well as who ordered them to be there and what their official assignment was. Szilágyi told MTI that his party would initiate setting up a parliamentary investigative committee led by Jobbik to look into the details of the incident and to prevent similar ones from occurring in the future.

The leftist opposition Democratic Coalition (DK) said it was “sickening” that the government used “bulked up skinheads” to prevent the Socialists from submitting their referendum initiative. Zsolt Gréczy, the party’s spokesman, said that when DK wanted to submit its own referendum initiative in connection with the shopping ban, it was faced with the tightening of the referendum law along with various other legal obstacles.

The green LMP party said it would file a criminal complaint. Spokesman István Ferenczi said it was “not realistic” that “17 skinheads should wake up one morning and all think that they would submit a referendum initiative”. He also suggested that there was a close resemblance between these people and ones that forcefully removed protesting students from ruling Fidesz headquarters in 2013. Ferenczi insisted that Hungary’s referendum rules were not adequate but the ruling parties were not interested in changing them.

The Liberal Party said the incident made it clear that Fidesz had “reduced” the institution of the referendum “to a comedy”.

Gergely Gulyás, Fidesz’s deputy group leader, denied any involvement in Tuesday’s developments. Speaking at a press conference on a different subject, Gulyás admitted that the referendum law was “not ideal” but said it was “better than the earlier act” under which even conflicting referendums could be held. The current law may result in a “chaotic situation” when initiatives are submitted, but the previous legislation could turn the whole referendum process into chaos, he insisted.

The first referendum initiative submitted to the Election Office on Tuesday asks whether citizens agree that retail shops should remain closed on Sundays in line with the Sunday shop closure law.

The order in which the questions submitted is significant because Hungary’s referendum rules state that while a question is being examined by a court, it is not possible to submit another question on the same subject. In line with the law, the Election Office will now assess the initiative that was submitted first, while Nyakó’s initiative will most likely be rejected.

A third question, unrelated to the Sunday shopping ban, was also submitted on Tuesday by another private individual asking citizens whether they agree that parliament should restore the referendum law that was in effect under Hungary’s previous constitution.