Spend a day with the Terminator in Budapest – upon his invitation! 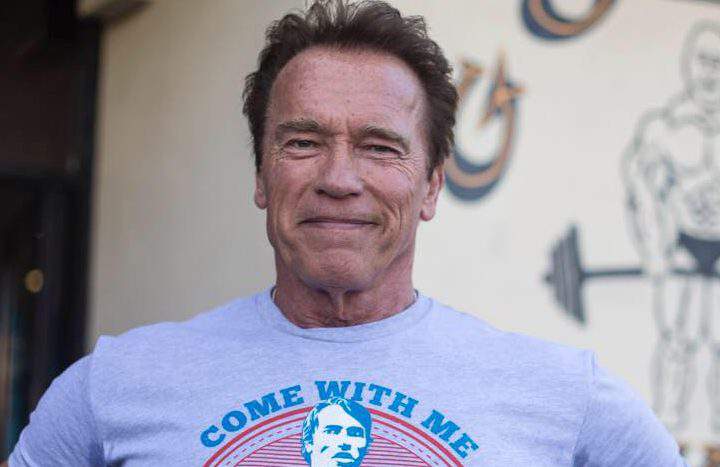 Arnold Schwarzenegger used his stay in Budapest to do something valuable: as Hvg.hu reported, he called for action against gerrymandering.

As we have already reported, the Terminator is here in Budapest for the sixth instalment of the movie series. Recently, we have reported about how he overcame the difficulties in his childhood and wished a very happy birthday for his son from Budapest.

Besides, the famous actor and governor also spent his birthday in Hungary: he celebrated with Tímea Vajna, who gave him a cake as a present.

This time he has shared an invitation on his Instagram page. He proposed that he would invite a fan to Budapest, but he asks for something in return: as part of a campaign against gerrymandering, fans can enter the competition by signing up to the campaign.

One lucky fan will have the opportunity to spend a day with the Terminator here, in Budapest!

CLICK THE LINK IN BIO. If you help me terminate gerrymandering, I’ll fly one of you to visit me on the Terminator set in Budapest. The deadline to enter is Monday. Do it now!

Gerrymandering is the practice where political actors try to gain more voters by altering the boundaries of voting districts. It is a negative political act, as it manipulates election outcomes and can result in reducing the political and voting power of one particular (opposing) party.

It seems that the former governor cannot leave his political background behind, and has a deep interest in Hungarian political affairs, not hesitating to call for action.

The actor seemingly enjoys his time in Budapest and aims to take as many opportunities to get to know the country as possible. According to his Instagram page, he likes to go on bicycle tours and to train in Budapest, followed by a nice beer in one of the best pubs in the city. He also met a Hungarian bodybuilder to get back a trophy that was still missing from his collection. In the middle of September, he visited Lake Balaton and tried the world-famous Hungarian lecsó (similar to the French ratatouille) and tasted wine at a restaurant.