Sophie Pither, The Telegraph’s journalist decided to explore Budapest to find the best places for traditional Hungarian food and a whole lot more.

The article sums up the essential things you need to know about the Hungarian cuisine and goulash, in fact, it might even have surprising facts for Budapest dwellers. The journalist of the British website came to the conclusion that Budapest has two faces and is the united base of traditional and international meals.

Pither, who also looks back on the past centuries of Hungarian gastronomy, describes the Hungarian cuisine as a general method of filling vegetables with something, like stuffed cabbage or peppers, and this something is usually meat. “Traditional Hungarian food is sustenance for a cold climate. It’s warming, steaming, paprika-hued meaty goodness, finished off with cake.” 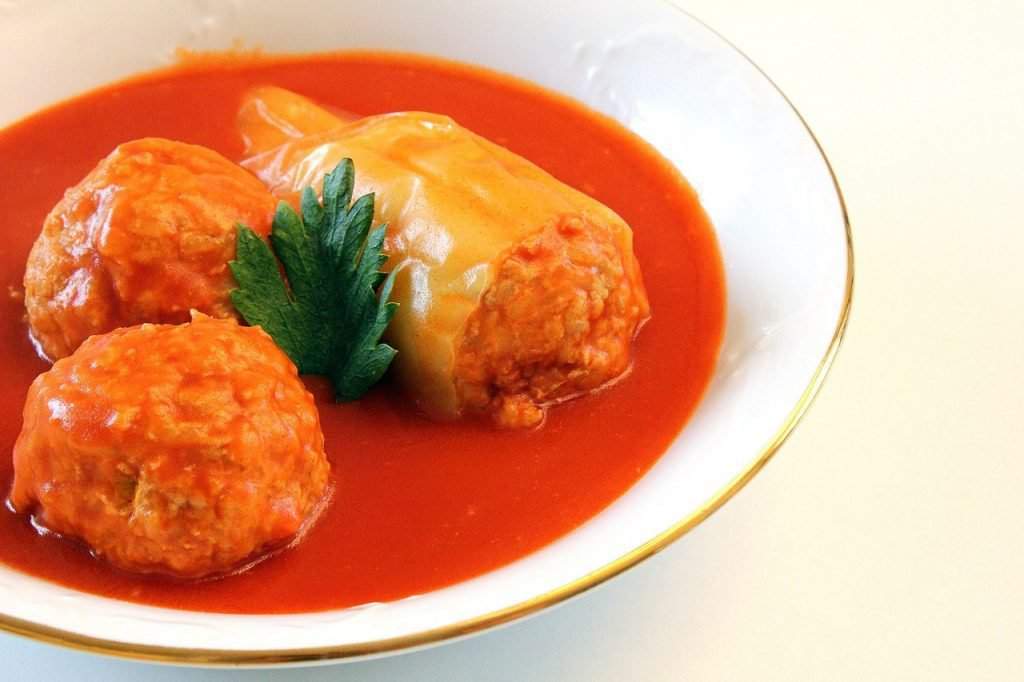 She experienced that there’s a good chance you won’t be left hungry in Hungary. Everybody knows goulash, the traditional Hungarian soup, but the journalist discovered our gastronomic treasures beyond the famous soup. According to the journalist, nothing says more about our ways of eating than Szekler goulash made from sour cabbage.

“Nothing says Hungary more than a bowl of slow-cooked beef, vegetable and paprika broth.”

The article recommends visiting Kék Rózsa (Blue Rose) in Wesselényi Street which offers great traditional meals. It’s a simple but important spot, which is mostly known by people living nearby. The writer warns us that it isn’t the prettiest of cuisines, but as we know, less is sometimes more. Another recommendation is Kispiac Bistro, where you should definitely try sausages or trotters. Pither also mentions other popular Hungarian delicacies, like fisherman’s soup and chicken paprikás with sour cream, of course. 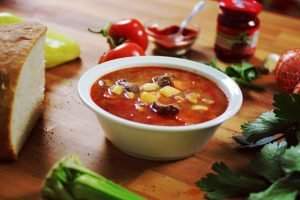 After you’ve had enough stew, you should head to confectionaries and cafés, which look back on a great history in Budapest. You shouldn’t miss the matchless zserbó in Gerbeaud or the Hungarian type custard cake (krémes) in Ruszwurm, found in the Castle District.

Next up, the article touches upon the Michelin-starred restaurants of Budapest and highlights Onyx’s tasting-menu and wine pairings, and Borkonyha’s local goat cheese.

Of course you can also get a taste of the international cuisine in Budapest. The Telegraph highlights Funky Pho and Babuska known for its Russian dishes. In conclusion, Hungary kept its gastronomic traditions, but is open for the versatile fusion kitchen at the same time.

“Back in the UK, we’re still on a learning-curve when it comes to Eastern European food. Over in Hungary, they’re keeping the core traditions alive but are also busy fusing it with other cuisines. There’s never been a better time to eat in Budapest!”