The pig breed for which Hungarians organise festivals: the famous Mangalica 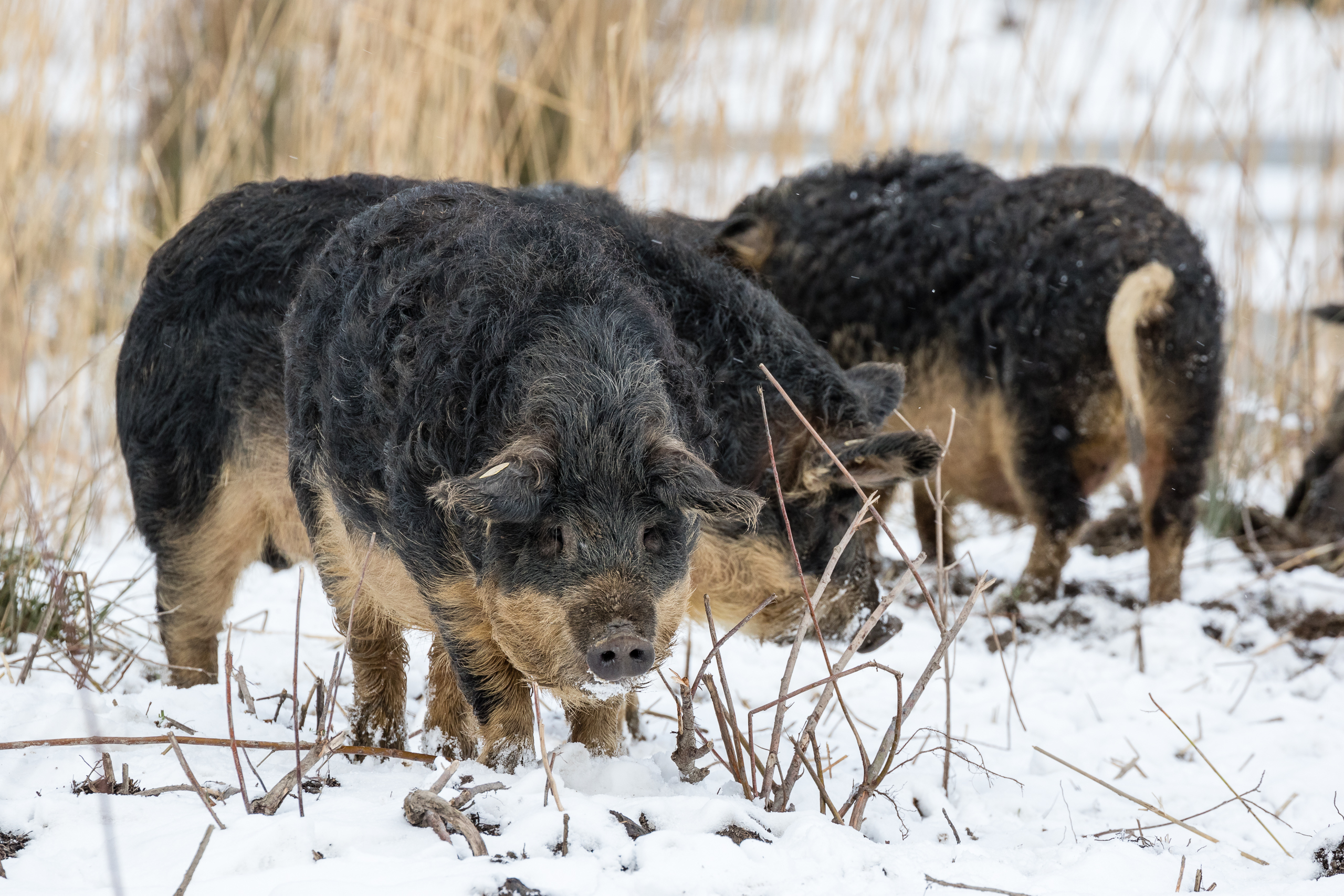 Mangalica pigs grow a thick, woolly coat similar to that of a sheep. The only other pig breed noted for having a similarly long coat was the already extinct Lincolnshire Curly-coated pig of England. 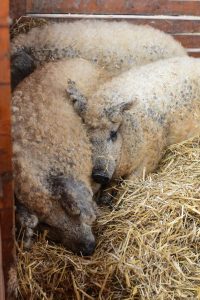 The Mangalica (also Mangalitsa or Mangalitza) is a Hungarian breed of domestic pig. In fact, it was developed in the mid-19th century by crossbreeding Hungarian breeds from Szalonta and Bakony with the European wild boar and the Serbian Šumadija breed. Interestingly, the autochthonous Serbian Šumadinka breeds were sent by Prince of Serbia Miloš Obrenović to Archduke Joseph, Palatine of Hungary who created a new breed in Kisjenő, Arad county (at present, Romania). Many Hungarian stockbreeders bought swine from there because the new,

quick-growing, “fat-type” hog did not require any special care.

Therefore, its proliferation in Hungary was quick, and it became very popular soon.

Mangalica adapted quickly to the climate and the environment of Hungary. It was the most prominent swine breed in the region until 1950, even though swine-fever caused considerable damages from 1895 for 20 years. Furthermore, forests suitable for oak-mast were chopped, and people came to prefer meat-type hogs to fat-type ones like Mangalica. Therefore, the popularity, as well as the population of Mangalica, decreased with the rising availability of food from farther away and of refrigeration.

Nowadays, there are approximately 7,000 Mangalica sows in Hungary producing 60,000 piglets a year. It has been under national protection since 1973. The National Association of the Mangalica Breeders (MOE) was created again in the early 1990s doing the practical work of breeding. Today, it is not endangered; instead, it is internationally successful. For example, its meat is the

Currently, there are three existing types of Mangalica: the “blonde”, the “swallow-bellied”, and the “red” one. Since differences are minor, they cannot be considered as different breeds. In fact, Manglaica produces too little lean meat; therefore, the primary product made from this pig is sausage. However, breeders also produce minced meat and ham, and it is also served braised with sauerkraut, potatoes, and stuffed peppers as a side dish. The fresh meat tastes strong and juicy; the

suckling pigs are much preferred for their good fresh meat qualities.

As we reported, there will be a Mangalica festival in Budapest, on Szabadság Square this weekend. The festival is free for every visitor. Attendees can meet the breeders and producers from all over the country directly, which means that, in most cases, they can buy the goods from the people who actually produce it – and by leaving out the commercial chains, it benefits both the buyer and the seller. The customers are guaranteed to get no fake goods as all products of the festivals are from stocks checked by MOE.