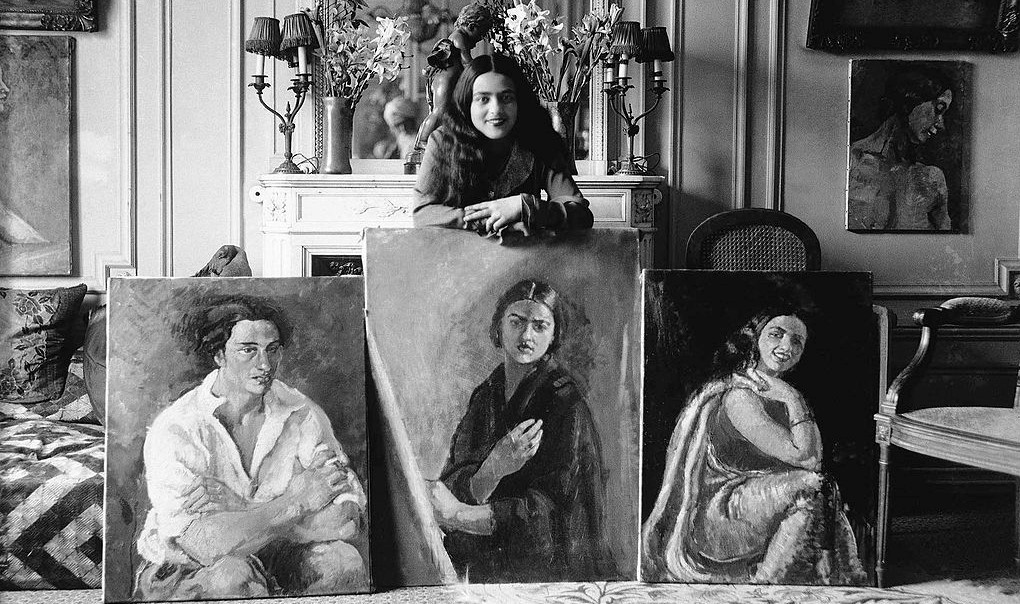 The Frida Kahlo Exhibition in Budapest had great success last year and became the most popular one in the capital city of Hungary. Thousands of guests had the opportunity to see Kahlo’s most famous painting, portraits, and secrets about her extraordinary life. The reason I am mentioning Frida Kahlo is that there was a woman in India who became known as the Indian Frida Kahlo, the country’s and the 20th century’s most successful painter. And, of course, she had Hungarian roots.

Amrita Sher-Gil, who has been called the greatest avant-garde woman of the 20th century, was born in Budapest on January 30, 1913, to an aristocrat father and a Hungarian-Jewish opera singer mother. She had two younger sisters and spent most of her childhood in the Hungarian capital city and Dunaharaszti (Pest County). She was the niece of Ervin Baktay (born in Dunaharaszti) who was a Hungarian Indologist and famous for his trips and researches about India. He noticed Sher-Gil’s talent at her very early age and started to support and educate her.

In 1921 her family faced serious financial problems and had to leave the country. They moved to India in the same year and settled down in Summer Hill, Shimla. The little Sher-Gil started to learn how to play the violin and the piano and by age nine, along with her younger sister, she gave concerts and took up acting in different plays. Although she has been painting since her age of five she started to learn it professionally at the age of eight at school, but later Sher-Gil was dismissed because she claimed herself an atheist and lived a privileged lifestyle. 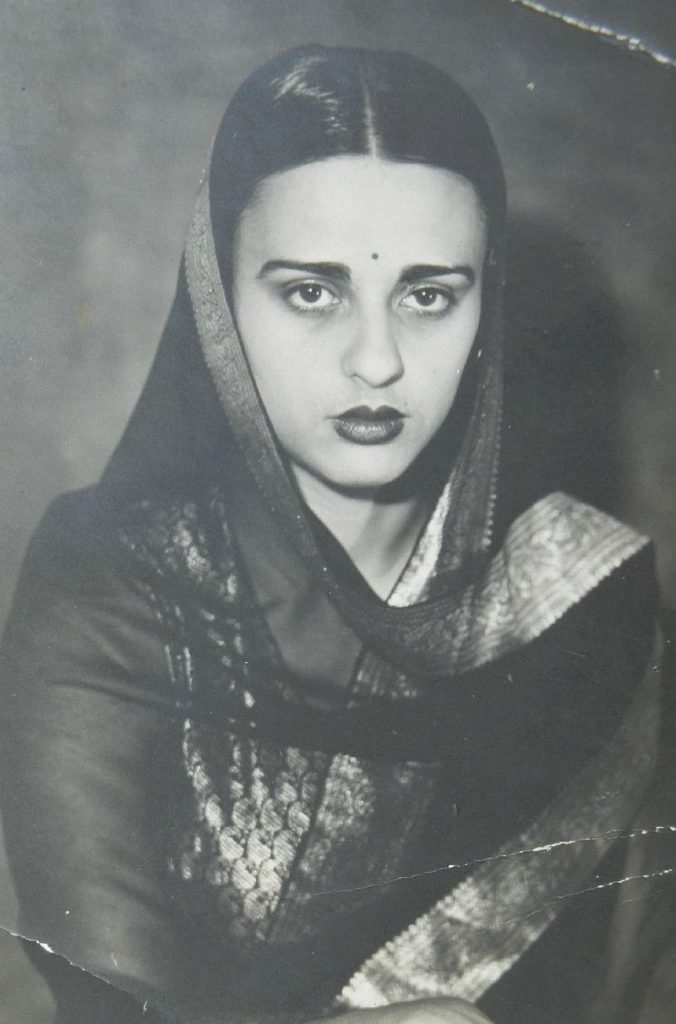 In 1923 one of her younger sisters got to know an Italian sculptor who moved back to Italy one year later. They followed him to his homeland and later Sher-Gil could continue to learn painting at an art school in Florence. She did not stay there for long and returned to India in the same year.

She was sixteen years old when she moved to Paris with her mother and started to learn from the famous French painter Lucien Simon. She gained a lot of inspiration from other European artists and learned to paint with maturity. 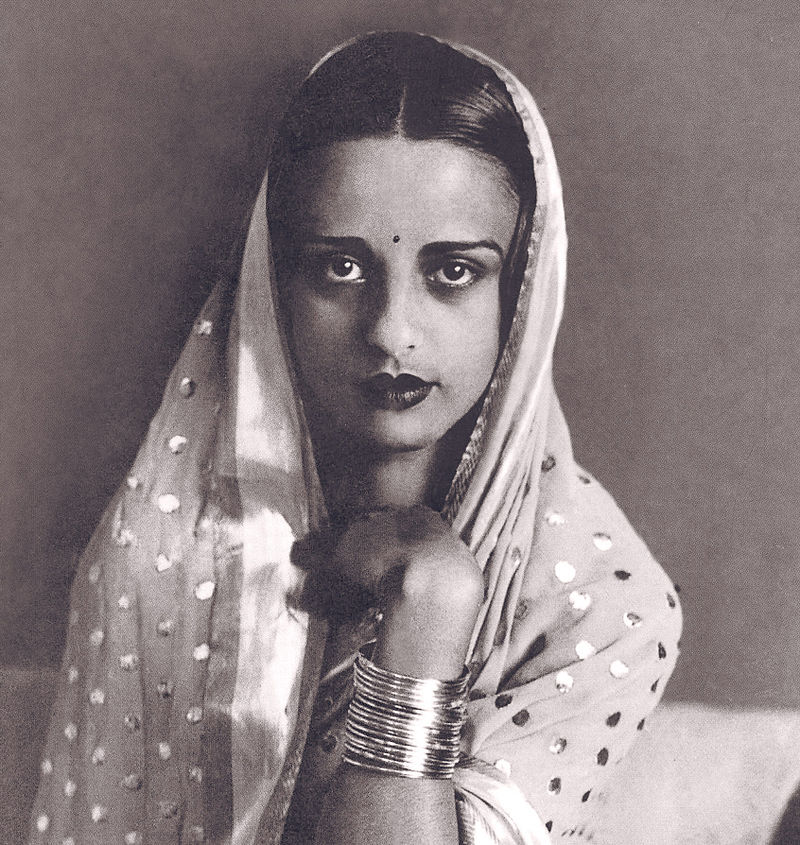 Sher-Gil’s early paintings display a significant influence of the Western modes of painting and represent the bohemian style Paris had in the 1930s. In 1932, her oil painting, entitled as Young Girls, was a breakthrough in her career and won the Associate of the Grand Salon’s gold medal and election in 1933. She was the first Asian woman who received this title.

Between 1932 and 1936, she painted several self-portraits, life moments in Paris, nude portraits and pictures about people and her friends. She used a lot of colours which created a rare and unique atmosphere to her paintings which immediately grabbed the viewer’s eyes.

From 1937 she started to gain influence from Indian art and turned away from the previous bohemian style she learned in Western-Europe. This time she painted her most famous paintings, for example, the Bride’s Toilet. Her transmission to classic Indian art became more intensive in the 1940s and she continued to paint marvellous India-influenced paintings. She became obsessed and influenced by the early works of Rabindranath Tagore and the philosophy of Gandhi.

Her stay in India marks the beginning of a new phase in her artistic development, one that was distinct from the European phase of the interwar years when her work showed engagement with the works of Hungarian painters, especially the Nagybánya (Romania) school of painting. 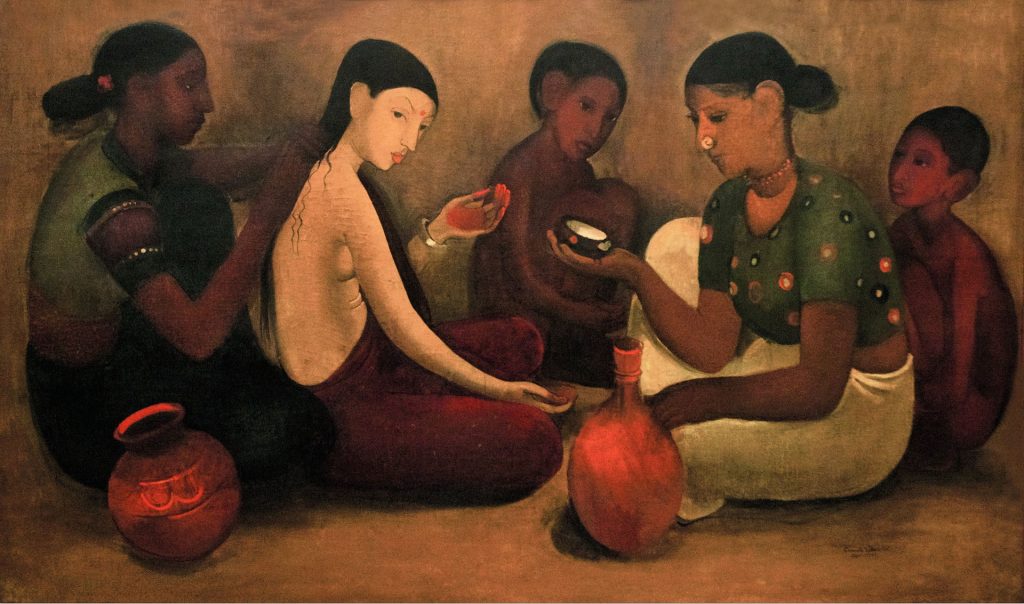 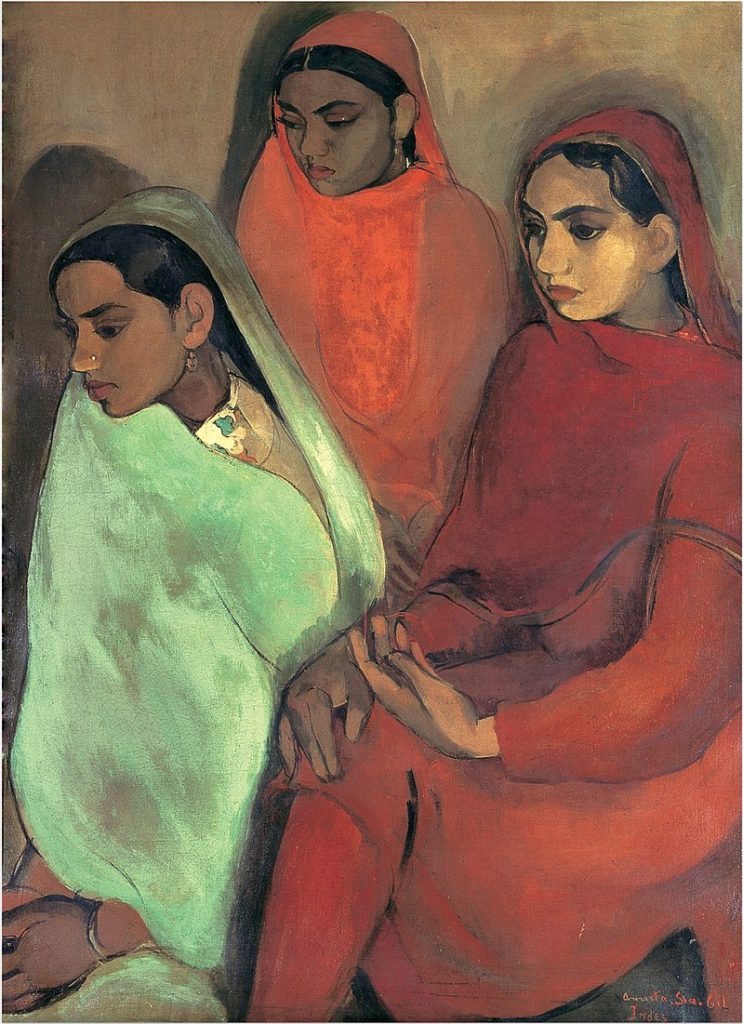 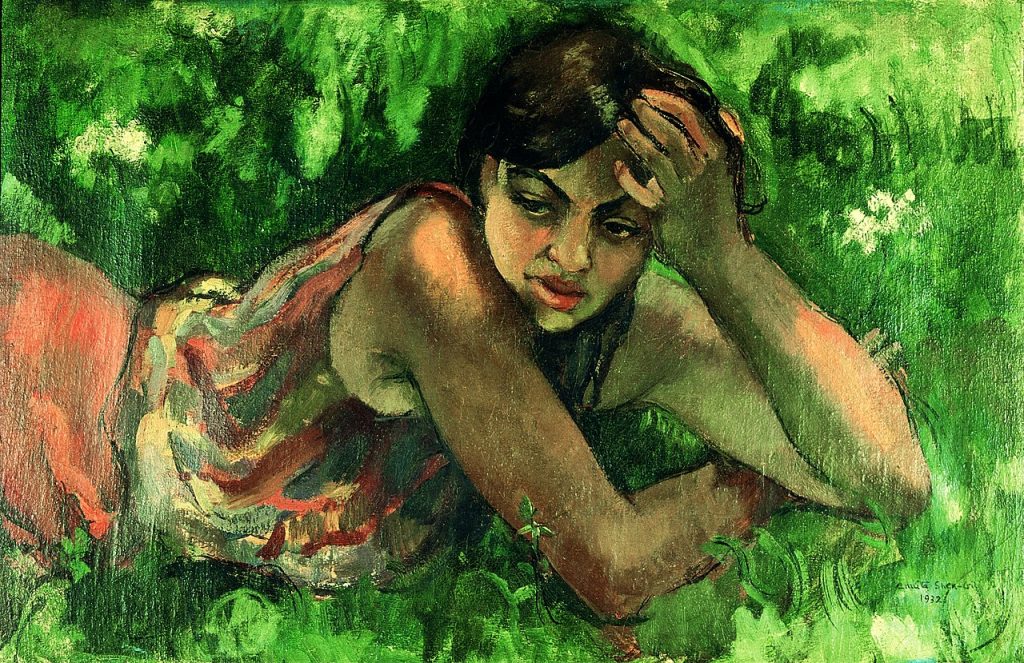 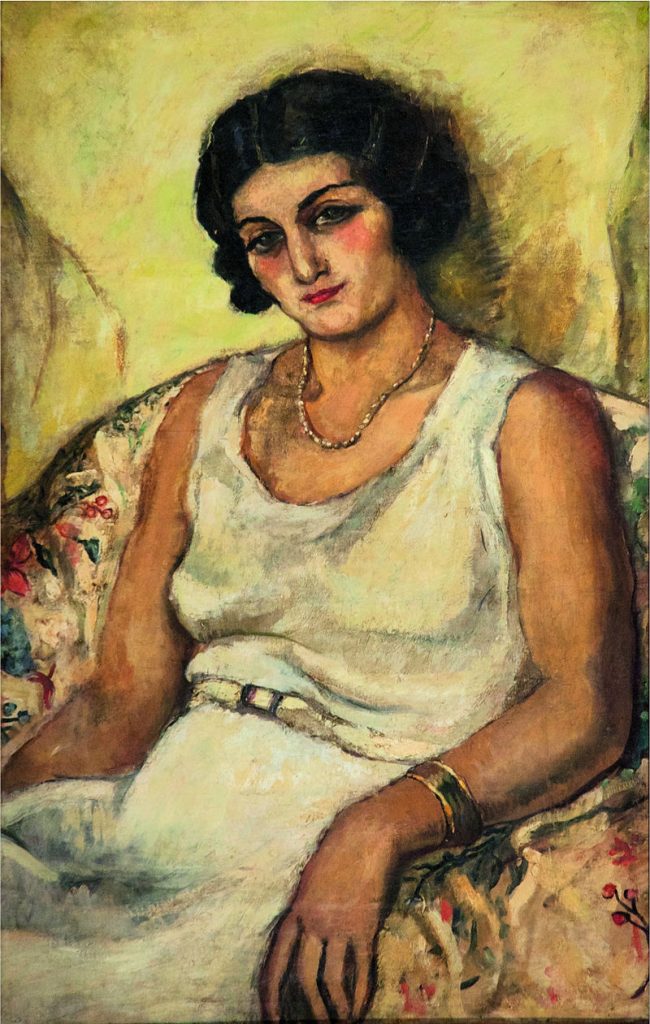 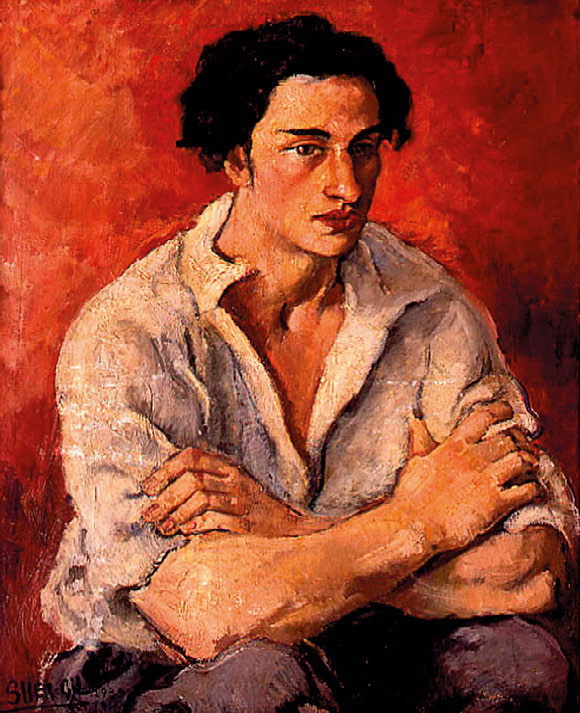 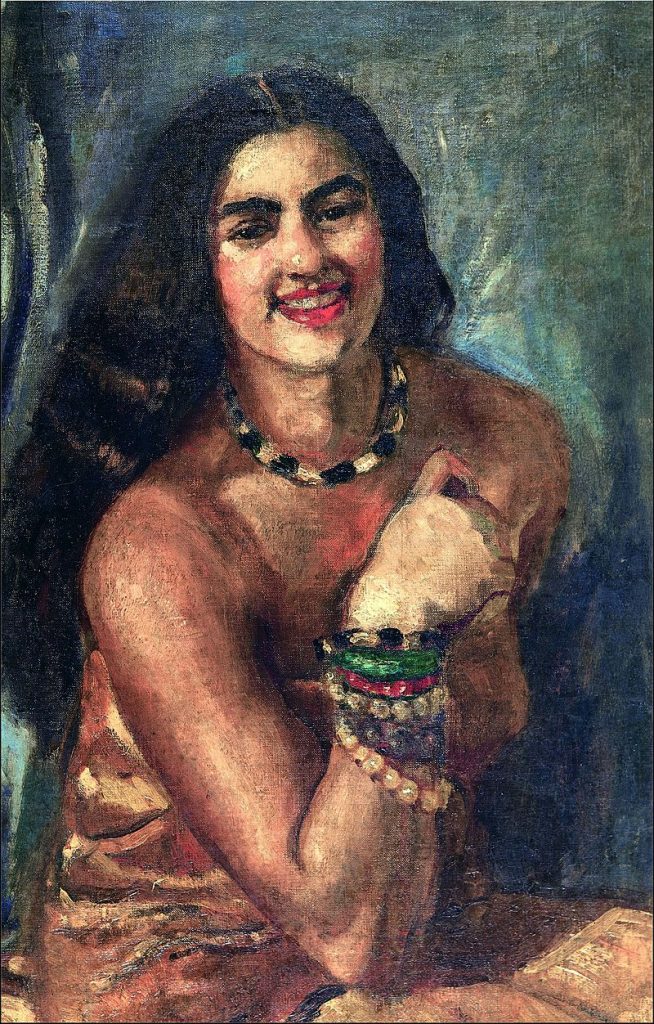 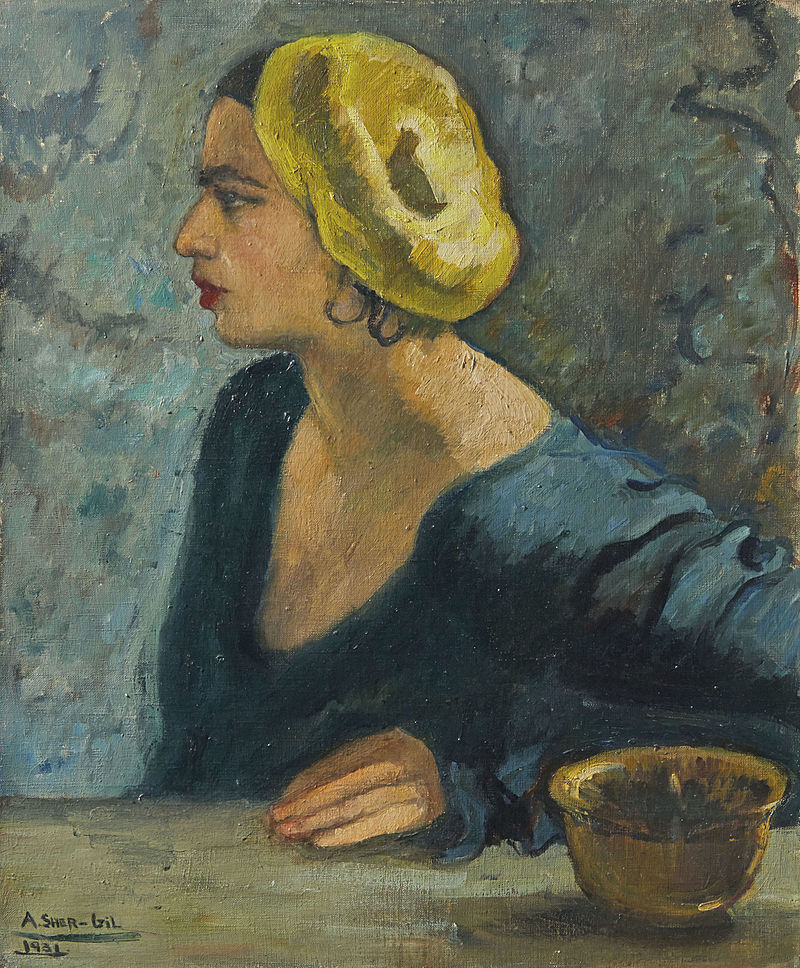 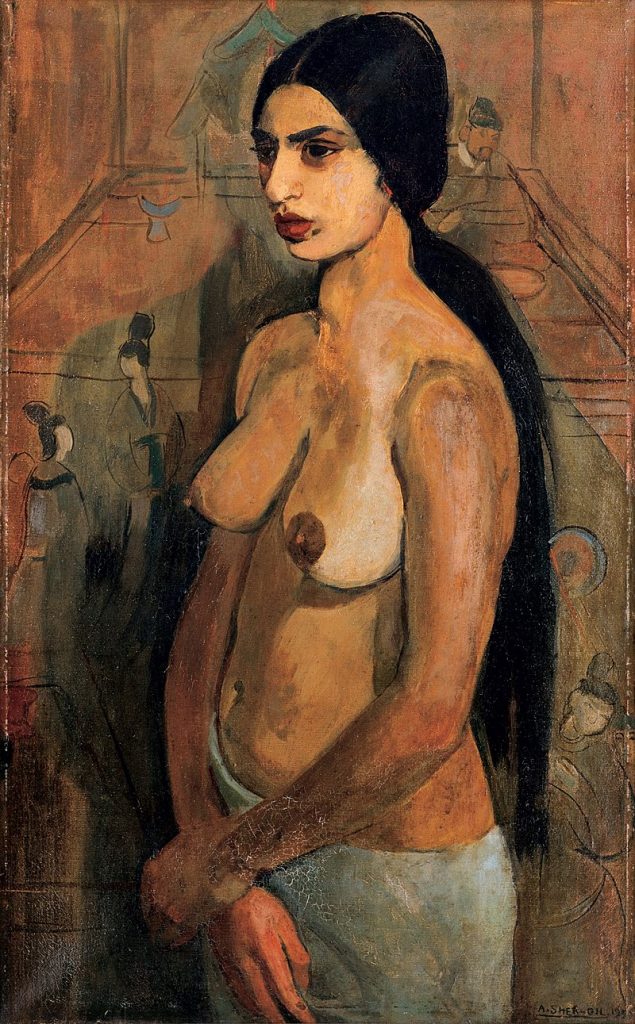 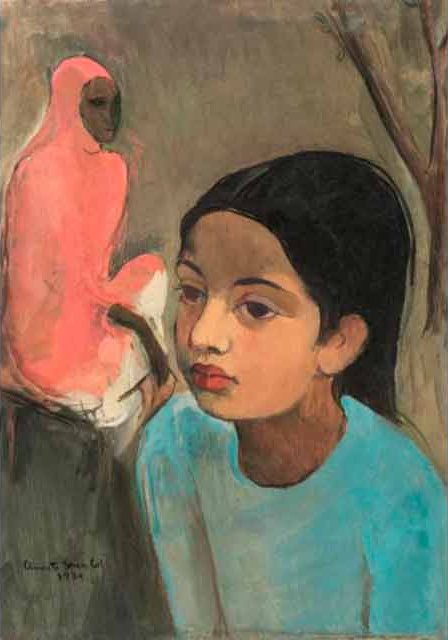 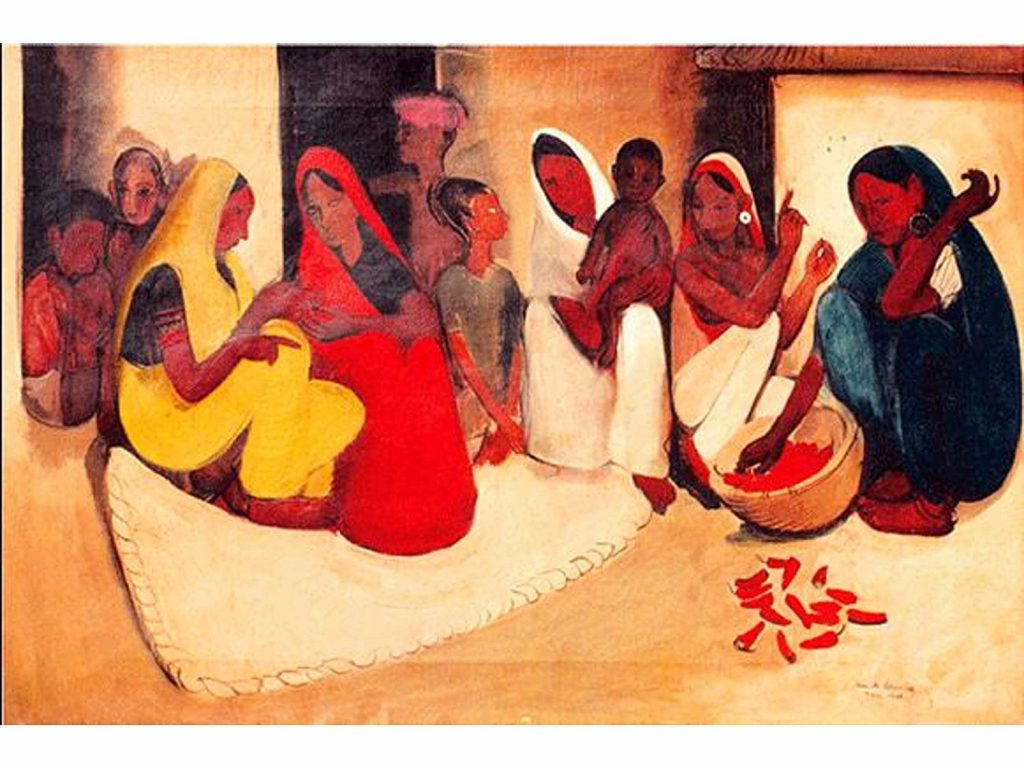 Sher-Gil married her Hungarian first cousin, Doctor Victor Egan when she was twenty-five years old and moved with him to Saraya, India. She travelled across the country to show her paintings at exhibitions, museums, and galleries and became more famous and popular every day. In September 1941, they moved to Lahore where Sher-Gil was about to open her first major show to present her paintings and portraits to the public.

Few days before the opening, suddenly she became seriously ill and fell into a coma. She later died at midnight on December 5, 1941, at her age of twenty-eight. The cause of her death has never been ascertained. She was cremated in Lahore on December 7, 1941. 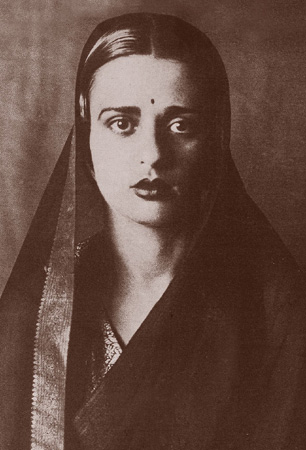 Amrita Sher-Gil has influenced generations of Indian artists. Her works are regarded as National Treasures in India, and most of them are part of the exhibition of the National Gallery of Modern Art in New Delhi. In 2013, UNESCO announced to commemorate Sher-Gil’s 100th birthday and declared that year to her which was the Amrita Sher-Gil International Year. In Hungary, the Indian Cultural Centre in Budapest is named after Amrita Sher-Gil, and the country’s only Ervin Baktay Grammar School in Dunaharaszti (Pest County) commemorates the Hungarian Indologist and the Indian culture in Hungary as well.

“I can only paint in India. Europe belongs to Picasso, Matisse, Braque…. India belongs only to me.” – Amrita Sher-Gil. 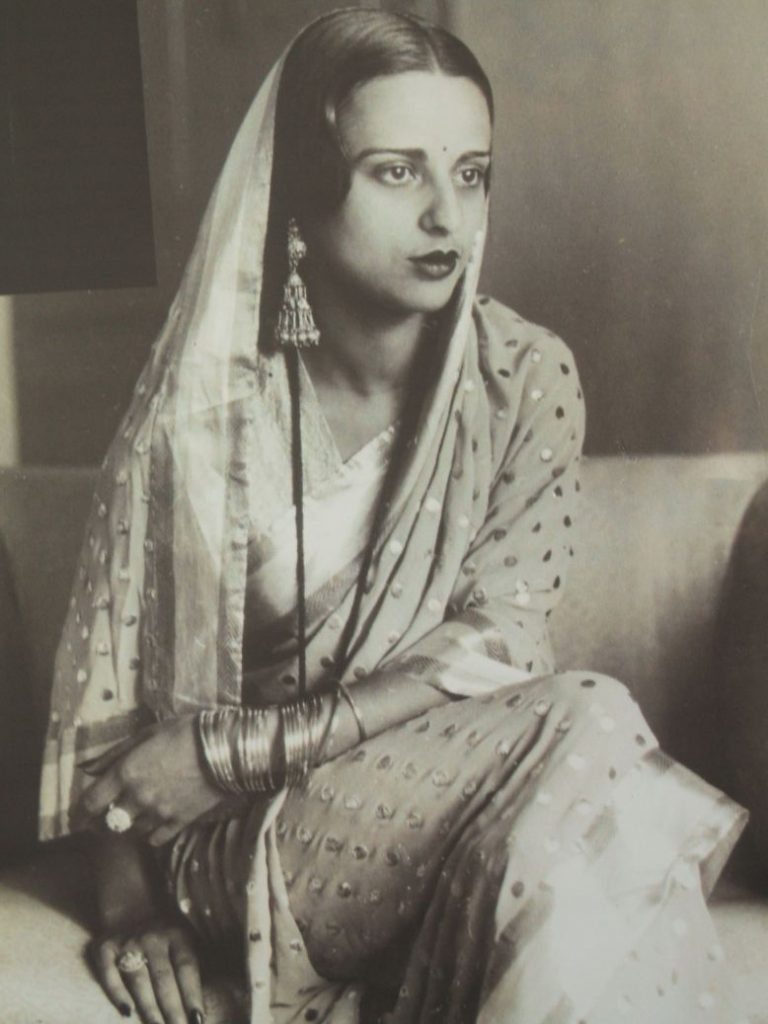