The success of the Hungarian National Theatre in Paris 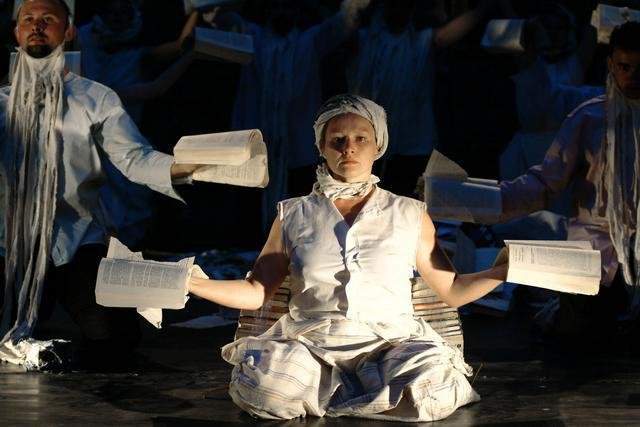 The joint performance of Budapest National Theatre and Illyés Gyula Theatre from Beregszász, A szarvassá változott fiú (The boy who turned into a deer) directed by Attila Vidnyánszky, had a huge success at one of the most important theatrical festivals in Paris. It was the 20th Festival de l’maginaire, writes Origo.

The main roles are played by Zsolt Trill, Mari Törőcsik, Nelli Szűcs, Attila Kristán, József Rácz, László Tóth and Attila Vidnyánszky jr. The troupe was celebrated with a long ovation after the performance.

Théâtre de l’Atelier is one of the most well-known theatres in Paris, led by the great theatre director Didier Long. Fanny Ardant played in this theatre among many others and John Malkovich directed the theatrical version of Dangerous Liaisons here. Patrice Chéreau, one of the greatest theatre directors, also directed here. The Cat by Georges Simenon was on recently with Myriam Boyer and Jean Benguigui.

Adonis, the world famous Syrian-French poet, who is said to be one of the greatest potential winners of The Nobel Prize in Literature in the last years, was on the premiere on Monday in Paris. He was very delighted by the performance.