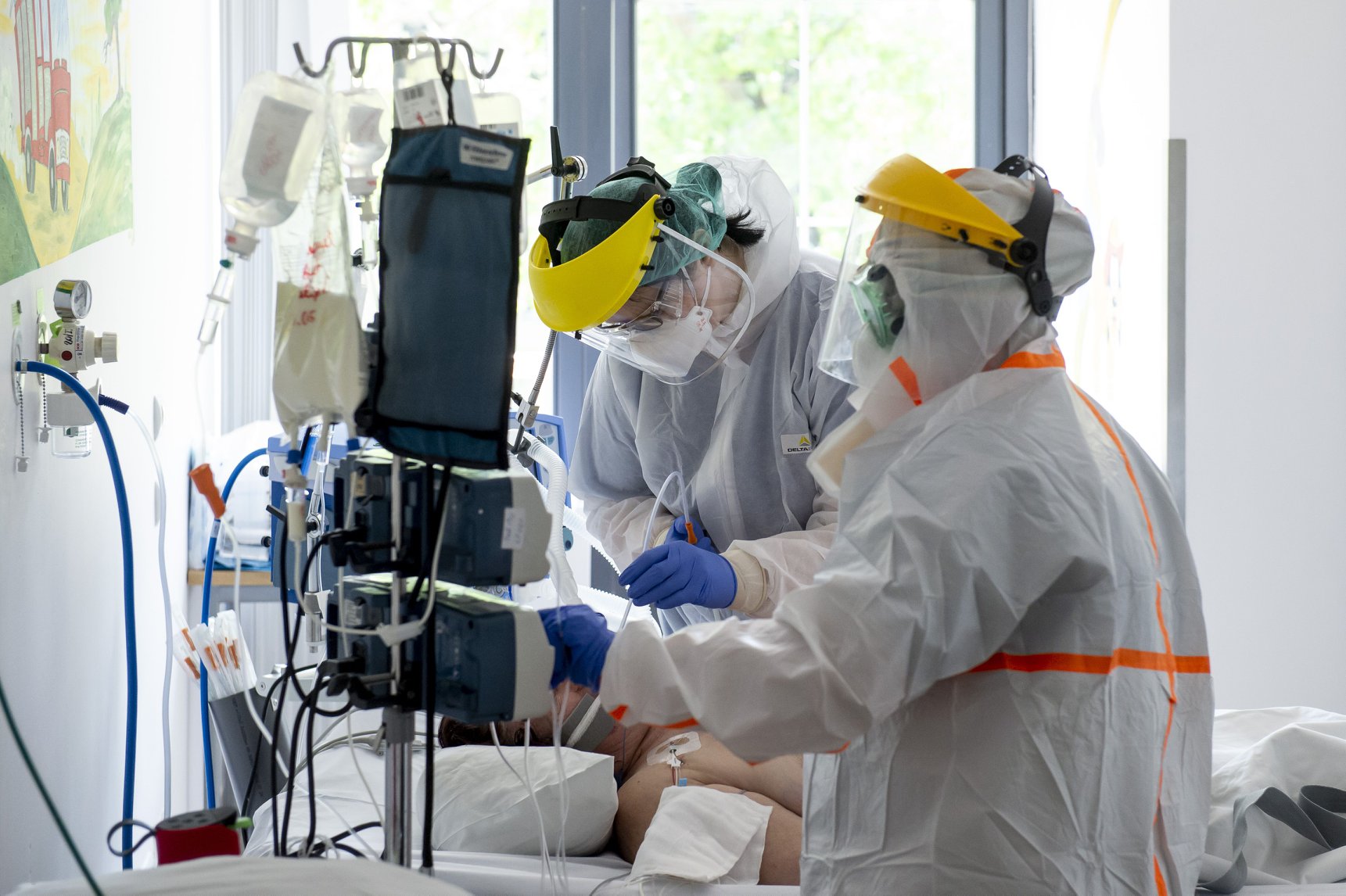 The new variants and the increased infection rate are difficult for the healthcare system of many countries around the world, and Hungary has also been hit very hard. The number of infections is steadily increasing, and the average age of hospitalised people is getting lower and lower.

The number of infected people in Hungary is breaking records every day, and it has serious consequences for several sectors. The Hungarian healthcare system is heavily burdened, and the number of available beds is rapidly decreasing. The high infection rate is also dangerous as it can even affect essential services and if those services fail, it could bear catastrophic consequences.

Tények interviewed Ádám Péter, an intensive care specialist at the Hungarian Defence Forces Medical Centre, who said some people arriving at the ER immediately need to be put on ventilators. The reporter also mentioned that many hospitalised people are in their 30s during the third wave. “While normally, in peacetime, we only have one ICU here, we currently tend to COVID-19 patients in need of intensive care in three different departments, and as it is known, these patients are younger and younger, which is very worrying.”

The reporter says that on average, 40-50 patients are admitted to the ICU at the Hungarian Defence Forces Medical Centre every single day, and the average age of coronavirus patients fell by 15 years in just about three months. Currently, as of March,

the average age of patients is 58, but the youngest intensive care patient is only 22-years-old, the reporter emphasised.

Ádám Péter sadly reported that despite the best efforts of their intensive care staff, more than half of the people in intensive care pass away. “We have never seen such high mortality rates in any other diseases before. Not even the most dangerous ones. This obviously takes its toll on the relatives, but also on the doctors and nurses.”

The specialist reminded everyone that “you have to prevent being hospitalised. There are two ways to do that: by abiding by the epidemiological measures – properly wearing the mask – and by vaccination.”

László Szabó said that the situation was unequivocally worse than during the previous two waves and much more children arrive at the hospital with coronavirus. “Previously, they were teenagers, but now, there are even 2-3-week-old babies among the infected.”

The problems have more than one root. Firstly, the number of patients registered with coronavirus have tripled over the past one and a half months and while previously, no children needed to be put on ventilators, now there have already been three children on such emergency devices. László added that, luckily, all children on ventilators have recovered.

Secondly, problems arise from the complications of the coronavirus itself, which are getting more serious, and they last longer. He particularly called attention to MIS-C or multisystem inflammatory syndrome in children. This is a dangerous complication that attacks the heart, lungs, kidneys, brain etc. and causes inflammation.

“Some children needed ventilators and intensive care or even the supporting of their circulatory system,” the doctor said.

Although the numbers are worse by the day, László Szabó is positive that they will be able to cope with the virus and treat every child who is hospitalised at Heim Pál Children’s Hospital. He added, however, that the side effects and complications of the virus are also stronger than with previous infections, and they last longer.

“The emergency room of the Heim Pál Children’s Hospital continues to receive patients, with or without referrals,” he said and added that

parents should pay closer attention to their children’s illnesses and they should not be afraid to contact a professional if the symptoms are suspicious. 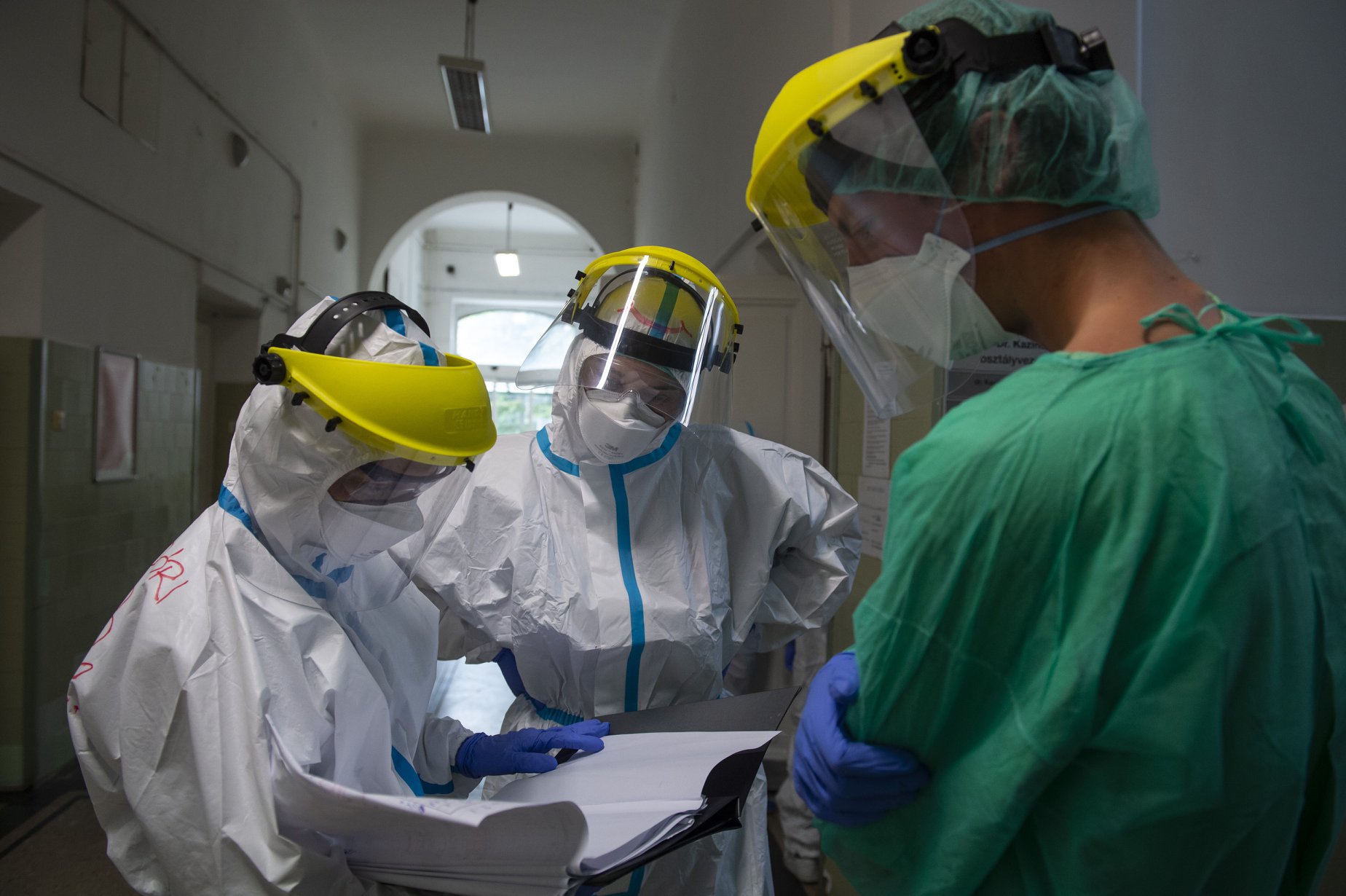 Read alsoThe Hungarian healthcare system is on the edge of collapse?