They got fake immunity certificates to travel: father dead, family on ventilator

A family of 4 living in Budapest wanted to travel abroad after they acquired fake immunity certificates. However, all of them caught the virus and received respiratory help because they had severe symptoms. The healthcare workers reported the issue to the police after they had examined their immunity certificates and found that something did not add up with them.

Even the small children were put on ventilator

According to blikk.hu, nobody inoculated themselves in the family, but they needed to travel frequently abroad. Therefore, they probably bought immunity certificates, but nobody knew whether they could travel anywhere with them. Soon after they fot the certificates they caught one after the other the coronavirus and were transported to the

Moreover, they struggled with severe symptoms, so all of them needed respiratory assistance, even the small kids.

The doctors could not save the father’s life, and his elementary school child is still on a ventilator. Based on the information of the Hungarian tabloid, the police now examines the fake immunity certificates they obtained.

Recent months show that more and more people refusing to get inoculated would like to get such certificates. Based on Blikk, the police investigate in 17 cases in which doctors, healthcare workers, nurses cooperated in issuing fake immunity certificates. Before, authorities charged three public officials in a similar case.

The biggest public outcry was in Kótaj,

in Szabolcs-Szatmár-Bereg county. Officers of the Counter-Terrorism Centre (TEK) took away handcuffed dr. A. Akeef, a family doctor, for selling fake certificates for HUF 50,000 (EUR 140) to locals. He said that he was innocent, and authorities finally set him free in September.

He told Blikk that he was happy to work again and to experience the love from his patients. However, the police continue investigating the issue. Dr László Szilágyi, the spokesman of the police headquarters of the country, said that they already have 14 suspects. But he did not share further details due to the interests of the process. 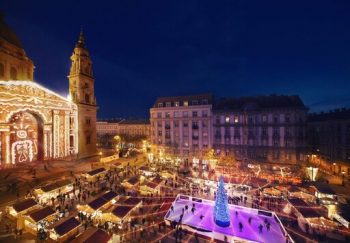