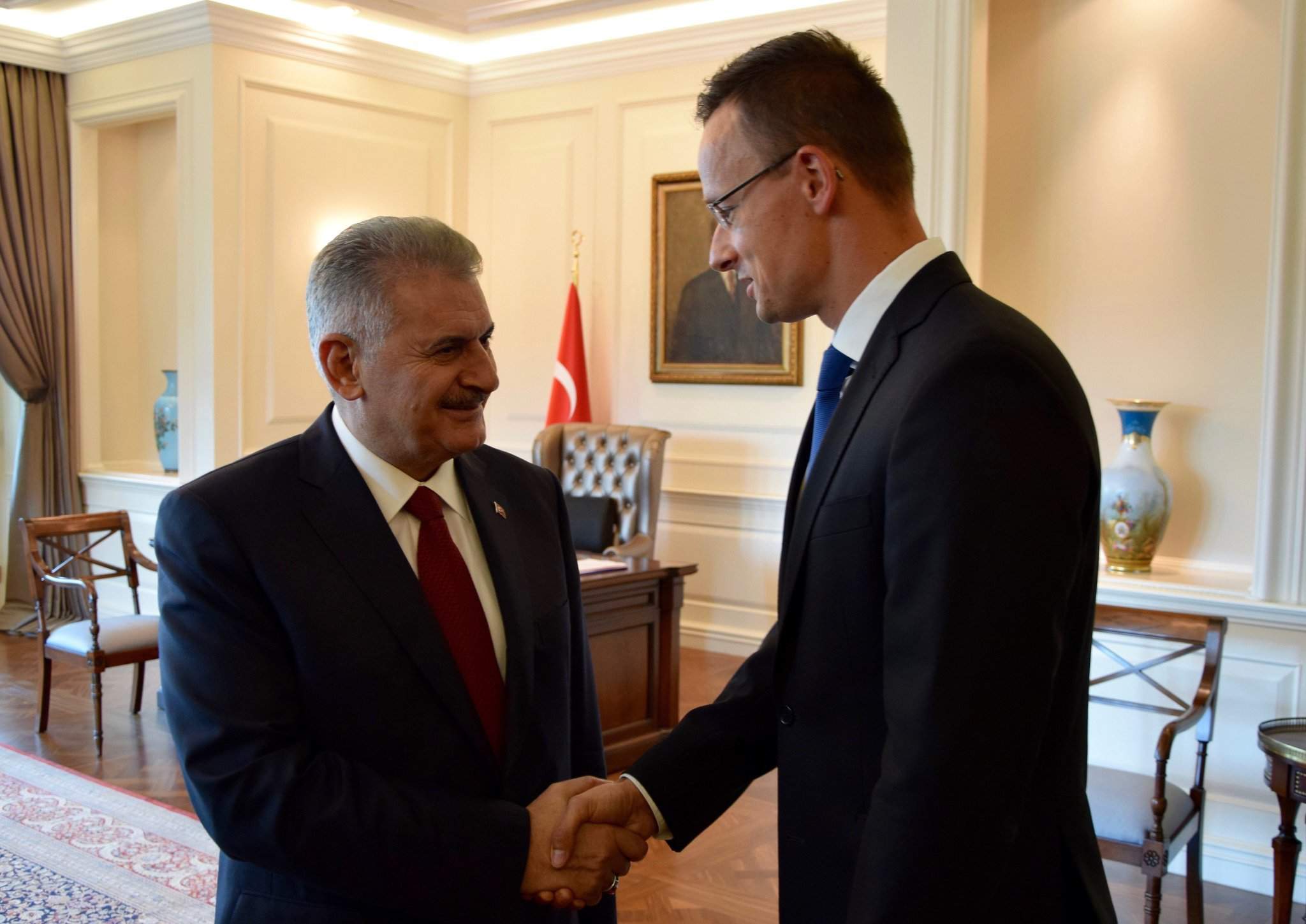 Hungarian Foreign Minister Péter Szijjártó has expressed strong solidarity towards Turkey during his ongoing visit to Ankara, which is much appreciated, Yildirim said late on Tuesday. He said the “clean-up” in the aftermath of the coup attempt would be carried out according to a democratic rule of law. The Hungarian authorities are willing to cooperate, he said.

Turkey holds Fetullah Gulen and his network responsible for the coup attempt and has declared his organisation a terrorist grouping. Szijjarto said that Hungary stands by Turkey in fighting terrorism, Anadolu reported.

Szijjártó also met with Speaker of Turkish Parliament Ismail Kahraman, who said Turkey considers Hungarians friends, relatives and allies. Kahraman thanked Hungary for its “sensitivity over the coup attempt”, according to the report.

Szijjártó said that the Hungarian government had from the start clearly stated that the events in Turkey were a terrorist act.

Later in the day Szijjártó met Turkish Foreign Minister Mevlut Cavusoglu and the two held a joint press conference. Cavusoglu, too, said Hungary was a “real friend”, immediately expressing unconditional support towards the Turkish government, while many other countries and politicians had waited for the outcome of the incident. Political relations between their countries are thriving, Cavusoglu said.