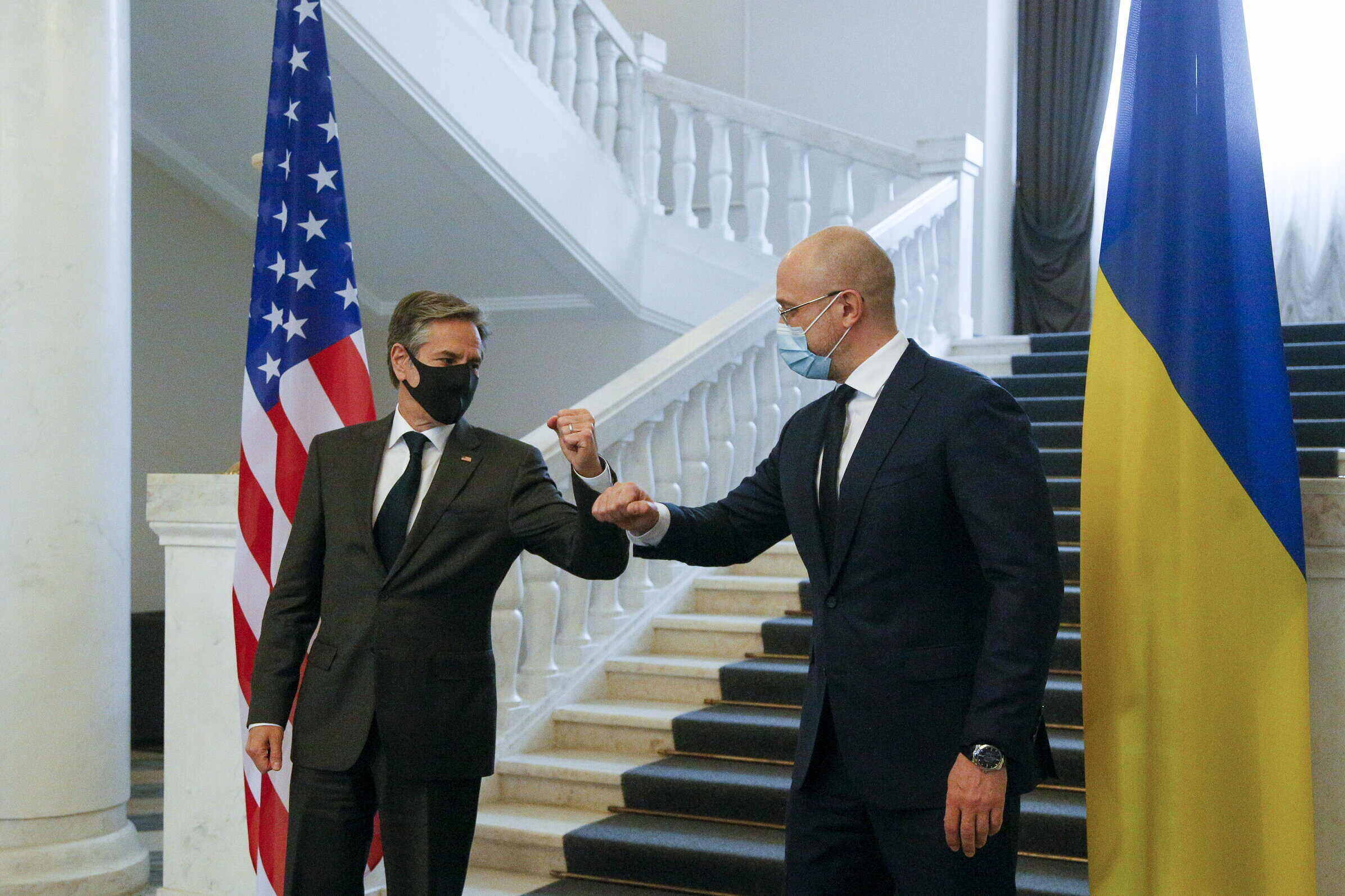 U.S. Secretary of State Antony Blinken said on Thursday Washington could increase security assistance for Ukraine after what he called Russia’s “reckless and aggressive” actions in massing troops near its border.

During a visit to Kyiv intended to show support for Ukraine, Blinken said Russia had left behind significant numbers of troops and equipment despite announcing a withdrawal of its forces from close to the border after a standoff that alarmed the West.

Blinken also said President Joe Biden was keen to visit Ukraine and meet President Volodymyr Zelenskiy, but gave no details on that or on Ukraine’s aspirations to join the NATO military alliance.

“We are aware that Russia has withdrawn some forces from the border of Ukraine, but we also see that significant forces remain there, significant equipment remains there,” Blinken said, speaking alongside Zelenskiy.

“We are monitoring the situation very, very closely,” he said. “And I can tell you, Mr President, that we stand strongly with you, partners do as well. I heard the same thing when I was at NATO a couple of weeks ago and we look to Russia to cease reckless and aggressive actions.”

Washington is “actively looking at strengthening even further our security cooperation and our security assistance”, he said, without giving details.

Zelenskiy said Russia had withdrawn only about 3,500 of the tens of thousands of troops deployed to the Crimea peninsula which it annexed from Ukraine in 2014.

“There may be a threat. Nobody wants these surprises,” he said.

Blinken mixed solidarity with calls for Ukraine to stick to a path of reforms and fighting corruption and the influence of oligarchs. The State Department expressed concern about the firing of a reformist energy official last week.

TALK ABOUT FUTURE, NOT PAST

Biden had pledged “unwavering support” to Zelenskiy in April as Kyiv and Moscow traded blame for clashes in Ukraine’s eastern Donbass region and Russia’s troop deployment.

Moscow announced a withdrawal of its forces on April 22, helping pave the way for a summit between Biden and Russian President Vladimir Putin, possibly as early as June.

The standoff prompted Ukraine to call for the United States and Europe to help accelerate Kyiv’s NATO entry. Zelenskiy asked Blinken for support in securing a Membership Action Plan at a NATO summit in June.

Washington has been Kyiv’s most powerful backer since Russia annexed Crimea and the conflict between Ukrainian soldiers and Russian-backed separatists began. Kyiv says the fighting has killed 14,000 people in seven years.

The relationship was tested in 2019 when then-President Donald Trump asked Zelenskiy to investigate Biden and the business activities of his son Hunter in Ukraine, and the Trump administration temporarily froze security aid to Kyiv.

The fallout from those events, which led to Trump’s impeachment trial, continued last week as federal agents raided the apartment and office of Trump’s former personal lawyer, Rudy Giuliani, in relation to his activities in Ukraine.

“I don’t want to waste your time on the past, let’s talk about the future,” Zelenskiy said when asked about Giuliani.

After meeting Blinken on Thursday, Kuleba said he had been assured that nothing would be decided at a meeting between Putin and Biden without taking into account Ukraine’s interests.