The Visegrad Group countries, which oppose the mandatory resettlement quotas and Brussels’ immigration policy, have agreed to help Lithuania contain the wave of refugees from Belarus, Péter Szijjártó, Hungary’s foreign minister, said after talks with his V4 counterparts on Monday.

The Czech Republic, Hungary, Poland and Slovakia will specify the details in the days to come and coordinate the various forms of aid to Lithuania, including human resources, technical equipment and erecting a fence along the border, Szijjártó told a press conference in front of the town hall of Komarom in northern Hungary.

“The Visegrad countries will jointly help their Lithuanian friends defend the external borders of the European Union,” he said.

the Hungarian presidency of the Visegrad Group gave priority to boosting quick economic recovery in the whole region.

As tax rises would not help the economy restart, Hungary continues to oppose the introduction of the global minimum tax, he said.

Praising the four countries for the fiscal and financial discipline, Szijjártó said that

“those who are unable to conduct disciplined policies should not impose higher taxes stemming from their incorrect fiscal policies on us.”

The minister said that Hungary’s trade with its three Visegrad partners amounted to 30 billion euros last year. He added that the three countries concerned accounted for 15 percent of Hungary’s trade turnover in 2020 and the first four months of this year.

Asked about press reports suggesting that an Israeli spy software had been used in Hungary to collect information on opposition politicians and journalists, Szijjártó said

the Information Office under his control had never used the software in question and had not entered any kind of cooperation in connection with it. 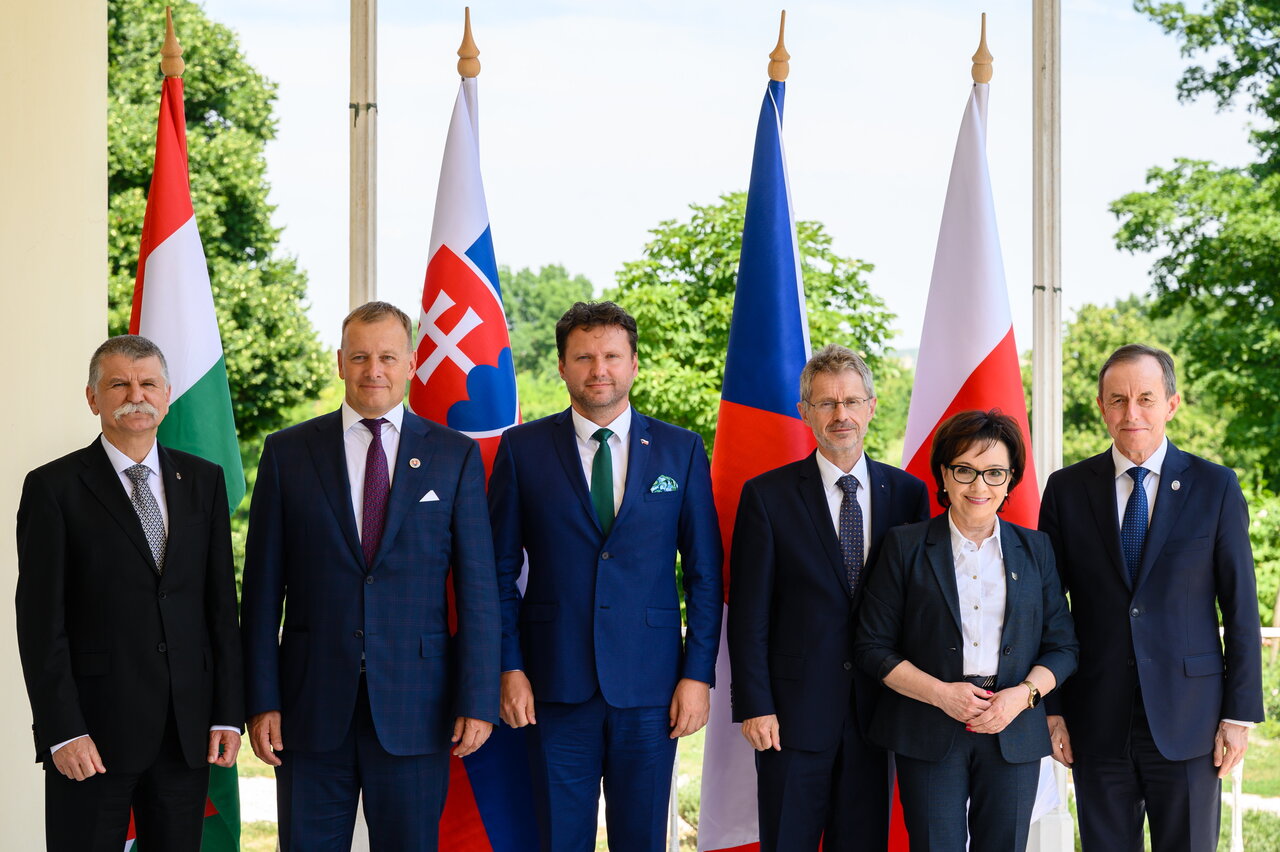 Slovak counterpart Ivan Korcok told the press conference that the foreign ministers’ exchange of ideas about the future of the EU had been extremely useful and important. He said

it must be noted in Slovakia and in the Visegrad Group that “we cannot see the danger of the EU moving towards a superstate” and pursuing ambitions to become an empire.

At the same time, it must be made clear that the EU is not above criticism, he added.

The Visegrad Group should state it more often that there is no alternative to being in the EU and the countries should discuss more often “what and how we want to do in the EU”, he said.

Korcok and Czech counterpart Jan Kohout both said that their respective countries supported Lithuania and they praised the planned programme of Hungary’s V4 presidency.

the Hungarian presidency’s targets were important not only for central Europe but for the whole of Europe and welcomed its priority target to strengthen neighbourly relations.

Polish Foreign Minister Zbigniew Rau said that Poland wanted to see Europe’s population getting more involved in the debate about the EU’s future. Only politicians have had experiences so far about the workings of EU institutions, yet the majority of their decisions affect ordinary citizens, he added.

Commenting on the migration situation in Lithuania, he noted “the Lukashenka regime’s extraordinary pressure” and said that Vilnius had asked for help from each of the V4 countries separately and the group wanted to coordinate their effort to give help, acting as “a strong advocate” for Lithuania “when the Baltic country faces such a unprecedented challenge”.